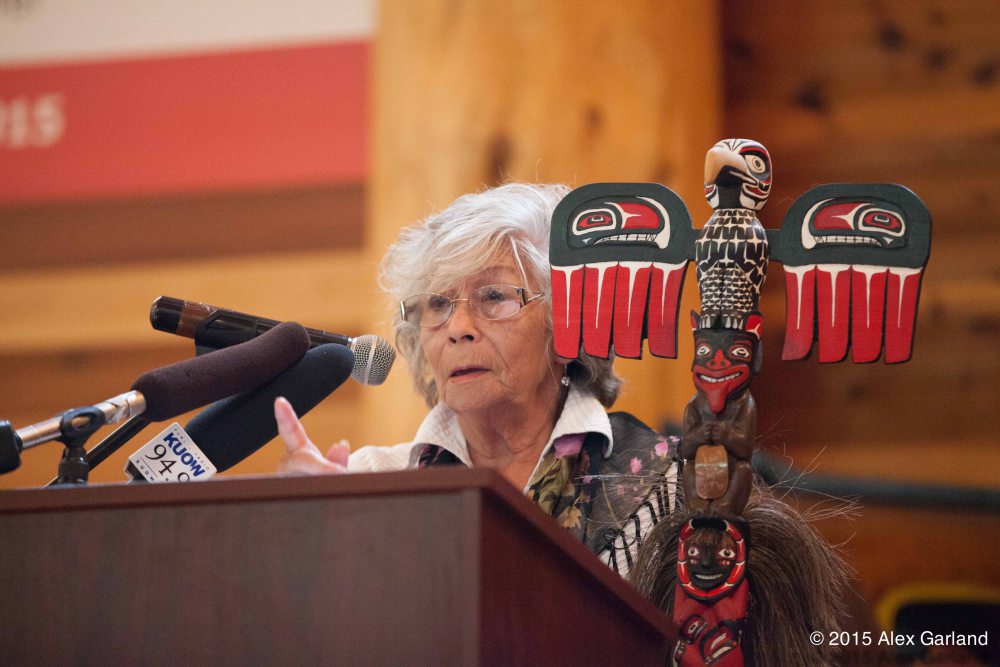 (This article was originally published on the Dignity Virus)

Last Wednesday Duwamish Chairperson Cecile Hansen spoke to the press and those concerned for Native rights who had gathered at the Duwamish Longhouse in Seattle to decry the Bureau of Indian Affair’s decision that the Duwamish tribe did not meet the federal guidelines for tribal recognition.

While the Duwamish did receive recognition in 2001, it was voided by the Bush administration the following year. The Duwamish were some of the first people in the Puget Sound area and Seattle’s name was taken from the Chief of the Duwamish, Chief Sealth.

Cecile Hansen reminded the group that “We are still here” and Ken Workman, of the Duwamish, performed Chief Seattle’s Thunder Song . Members of other tribes were  also in attendance and promised continued respect and recognition of the tribe despite the Bureau’s decision.