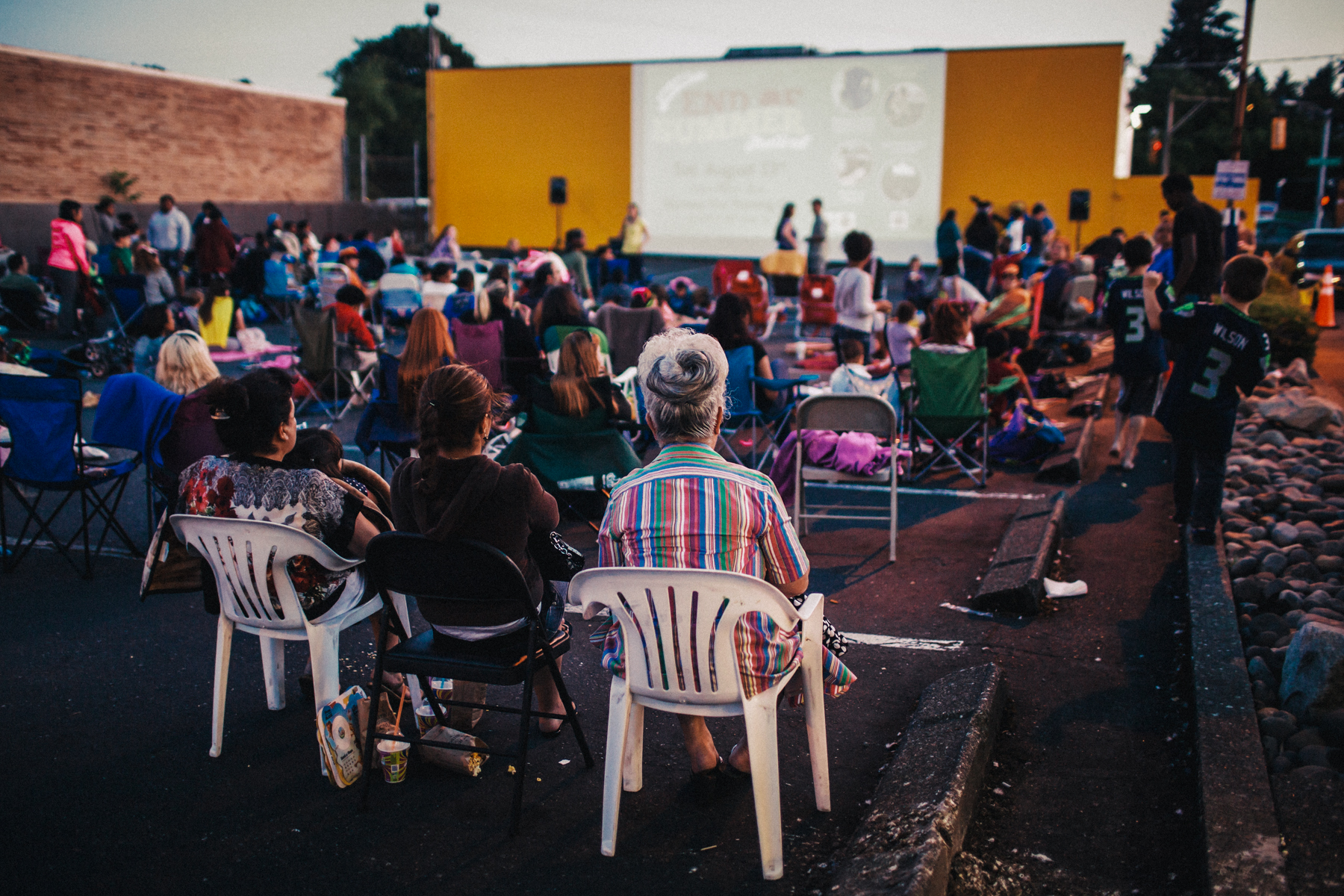 It’s that time of year again, when we take advantage of the warm summer nights, grab some camping chairs or blankets and go watch our favorite movies projected outdoors. While many will be flocking to Fremont, Marymoor or the Seattle Center, those in the South End know that the best outdoor movies are those enjoyed with their family, friends and neighbors right in their very own community.

In Columbia City, SEEDArts’ “Cinema Under the Stars” kicks off tonight at 8pm with the animated family film “Penguins of Madagascar”, where a team of penguin super spies attempt to stop an evil villain from destroying the world. The event is free, and attendees are encouraged to bring blankets or low-back chairs to Columbia Park, situated between the Rainier Valley Cultural Center and the Columbia City Library. Popcorn and other concessions will be sold. On Saturday, August 15th, Cinema Under the Stars will also show “Big Hero 6”, about a boy, his robot and a group of friends who become an unlikely team of heroes.

West Hill Community Association’s Skyway Outdoor Cinema, which has seen explosive growth and popularity in the last couple years (going from an average of 30 guests a night to over 300), will start its season of free films off on Friday, August 7th with the retelling of an old Disney classic, the Angelina Jolie fairytale twist “Maleficent”. The next three Fridays will bring the timeless comic genius of “Ghostbusters”, the action-packed Chris Pratt superhero movie “Guardians of the Galaxy” and will end with the ever-popular “Big Hero 6” (we hear it’s worth seeing twice). The event starts at 8pm in the Skyway US Bank parking lot (behind the 7-Eleven at Renton Avenue South and 76th Avenue South). While the movie starts at 9pm, get there early to get your tacos from Luchador Taco Co., load up on ice cream from Full Tilt, put those quarters you found under your floor mats to good use with their famous 50¢ fresh-popped popcorn, get your raffle tickets and enjoy some preshow entertainment.

Skyway Outdoor Cinema co-organizer Mary Goebel says, “There’s nothing else like it. To hear people disparage and talk about actively avoiding a whole neighborhood out of little other than the fear and negative stereotypes unfairly perpetuated by the media, and then to look out on a wildly diverse crowd of hundreds sitting right smack in the middle of it late at night, having an amazing time – that’s such a huge, huge message to the world to rethink whatever perceptions they may have held about Skyway, or the South End in general. I couldn’t be more proud of our neighborhood and the volunteers and supporters that make this possible. Plus, it’s really just a whole lot of fun!”