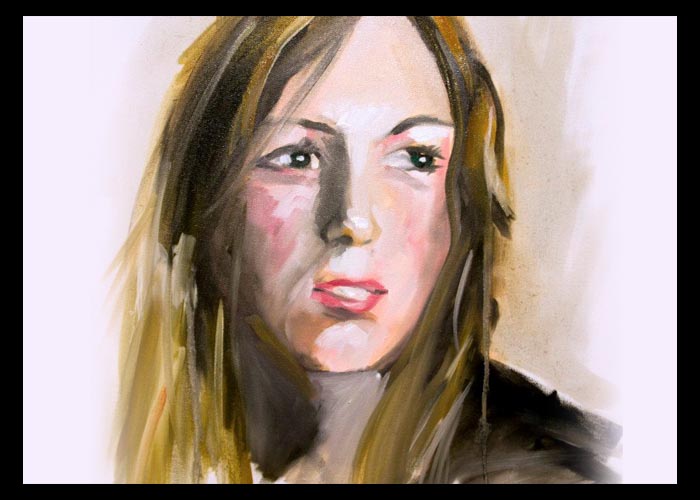 But the way she stared at the mother and daughter in the coffee shop this morning made me sick to my stomach.  She just stood there, this blonde white woman, openly staring for a long, long time at the black woman and black little girl.  The stare was not neutral.  I hesitate to ascribe such a powerfully negative motivation to the look on this woman’s face but I can think of no other description.  The woman was staring at this adorable little girl with disgust.

Now, with my own daughters, I’ve observed two basic responses from strangers.  Most people, across the board – race, age, socio-economic status aside – respond with pleasure.  They smile, even if only briefly.  I think it’s something in our evolution that we have a soft spot for youngsters.

Of course, there are the grumpy people.  The ones who don’t like the loudness or the stickiness or the bumping into them in line.  They are irritated and bothered.  Their mouths purse up and their eyebrows come together with a sigh and a little head shake.  When my kids were between the ages of 1-4 I got very accustomed to this response from strangers.

But the blonde woman did none of these things.  She just stared, not with passing annoyance, but with a terrible mix of disapproval and disgust.  I sat across the room watching – trying to give her the benefit of the doubt; trying to find a motivation for her stare that did not involve race.  But I knew in my gut what she was looking at: their blackness. Her gaze seemed to rest on the little girls’ wonderfully springy afro, haloing out 6 inches from her head, bouncing lightly on the breeze as she hopped around her mother.

It made my insides hurt to watch that blonde woman stare.  It hurt because, from what I could see, the little girl was too young to realize she was being stared at or what that stare meant.  She literally shone with a beautiful, unblemished innocence that the blonde woman’s stare seemed so anxious to take away.  And, even though the little girl herself seemed unaware, I could feel the weight of this woman’s disgust being saddled upon her tiny shoulders.  If not today, then it will be the next time.  I felt certain that what the blonde woman represented, a stare that simply said “You are not okay” was a message this sweet, perfectly-created baby girl would hear from a countless sources, innumberable times in her life.  How many times will she be told that her hair is not acceptable, her body is not acceptable – that she is not acceptable.

This is a message that, as a white woman, I will never experience and can only partially understand.  But I expect the little girl’s mother knows it all too well; that she has been saddled with countless disapproving stares and much worse; that she long ago passed the stage her daughter now inhabits where she hasn’t yet internalized that message.

I glared at the blonde woman from across the room hoping she’d feel me staring, look up at me abashed and then humbly avert her gaze from the pair – but she didn’t notice me.  Her endless, terrible stare continued until, at last, the barista handed her a cup of coffee and she left the shop.

I was left flummoxed.  I was grateful for the chance to see something outside my privileged perspective. To be momentarily aware of this strange universe my black friends inhabit where beautiful, innocent children are received with disgust instead of being delightfully cherished.  It was deeply sobering to be so much closer to the pain, anger and fear black parents must feel for their children in this unkind world.

The expectation of acceptance for my babies is yet another aspect of white privilege I’m just beginning to comprehend.  The idea that some children, based on their race, are rejected and/or reviled even as innocent little toddlers is still somewhat incomprehensible to me – or at least it was until I saw the blonde woman staring.

Should I have said something?  Perhaps I should have stood up as the woman exited the door and asked her why she was staring?  I could have approached the young woman and her daughter, complimented her Elsa doll and offered a smile to counteract the negativity of the staring woman.  In some small way, I could have tried to cherish this precious, sweet, angel of a girl and her committed mother.  If I could go back and do it again, I’d be bolder.  I’d not worry about being perceived as strange or nosy – I’d jump right in there and say hello or good morning; just attempt to create some love and light through human interaction.

I think such interactions matter.  Just as that woman could fill a room with negative energy, spewing disdain and antagonism out with a 2 minute-long disapproving stare, so I can bring positivity, acceptance, welcome and care with an intentional smile and honest compliment.

I know this isn’t the front lines of our commitment to racial justice.  I know a smile doesn’t change policy or hold cops accountable or un-bias our institutions. But it does create a small connection.  It does make an opportunity for relationship.  And when it really comes down to it, I think relationship must be the foundation for all the work we do.

I don’t often frequent this coffee shop so I’m not sure I’ll see the mom and daughter again.  But if I do, you can be sure, I’m going to choose love.  I’m going to catch her eye and smile.  I’m going to say I see you, I welcome you, I cherish you – all by just saying “Good Morning.”