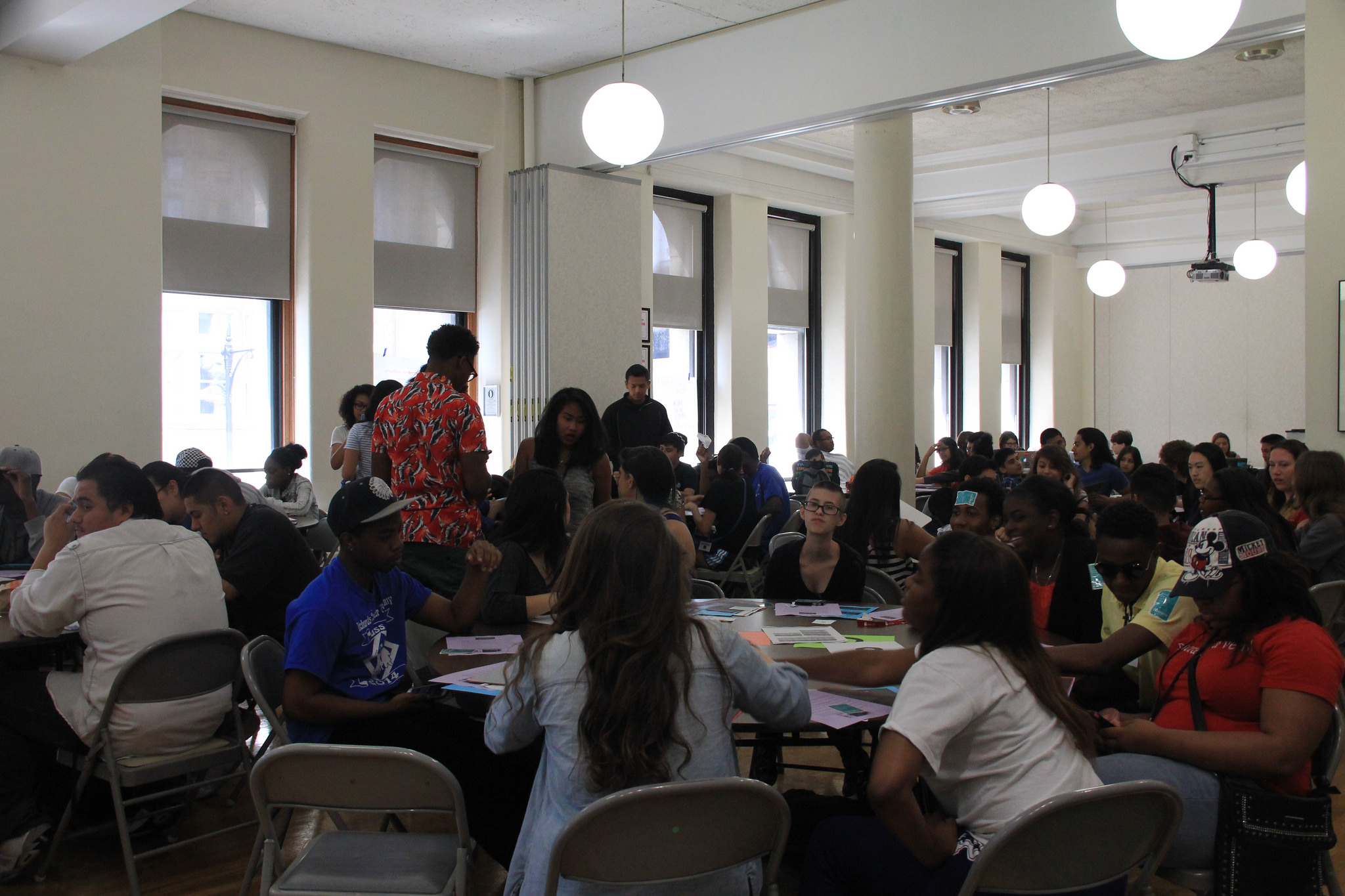 When I was attending middle school in rural Michigan, one of my teammates who went by the nickname “Boo” was arrested after our 7th-grade basketball game. He was charged with being the accomplice to an armed robbery. He had been with his two older brothers when they robbed a video store and kidnapped the clerk. As punishment, “Boo” was sentenced to about four years in a maximum security juvenile prison. He came home when I was in 11th grade. I remember he had a short fuse when he came back. He didn’t smile as much. I heard a lot of stories about his temper, about him snapping on people for little things at parties and things like that. After just a few months out, “Boo” was arrested for murder. Allegedly, he killed a white woman in her twenties over a two-hundred-dollar drug debt. I knew him when he went in the first time, and I knew him after he came home. I saw the change. Being locked up did nothing to help him work through whatever he was going through or prepare “Boo” for success later in life. There are too many stories similar to this.

I moved to Seattle in 2011. By summer of 2013, I was mentoring for the youth group, Youth Undoing Institutional Racism (YUIR). Through those weekly meetings I became aware of King County’s plan to spend 210 million dollars on a state-of-the-art, tricked-out New Youth Jail and Juvenile Court Complex. Also, I learned about a multi-generational group called Ending the Prison Industrial Complex (EPIC) who was leading the campaign pushing King County to redirect funds toward community-led prevention and alternatives to detention models. I attended several No New Youth Jail meetings and became part of EPIC. I was both honored and humbled in this capacity to work alongside and receive advice from wise and experienced community organizers like Dustin Washington, Mary Flowers, Dawn Mason, and Aaron Dixon. At the same time, I have been inspired and pushed to keep up with young leaders doing powerful work like Rashuad Johnson, Ardo Hersi, Devan Rodgers, Khalil Young-Butler, Andrea Lopez-Diaz, and many more. I have learned so much from everyone.

The No New Youth Jail Campaign led rallies, marches, and speak-outs. We delivered sign on letters, conducted silent protests and held prayer vigils in County Council Chambers. A lot of people came together to creatively oppose the building of the New Youth Jail. We delayed the process, shrunk the number of cells, and have sparked some rich conversation about how the county needs to move away from jailing juveniles. We influenced the County Executive’s declaration that the County should move forward with the goal of one day achieving Zero Detention for Juveniles. All of that happened and all of that is good. But to this point, we have not stopped the jail. Some additional Equity and Racial Impact analyses were conducted and made public, the timeline has been delayed, but that project is still moving forward. Over time, our work broadened to trying to stop the Jail and also helping develop and implement Community-Led Alternatives to Detention models.

For the last few months I have been part of a small group of Black Men meeting regularly to talk about bringing Restorative Justice to Rainier Beach. More specifically, we have been looking at ways of transforming education and juvenile justice systems through use of restorative principles. From those meetings, I learned that Rainier Beach has a rich history of working collectively to design and implement community-led alternative to detention programs. One of those programs was Clean Dreams, a pilot program implemented around 2006 with the goal of transitioning individuals stuck in the vicious cycle of low-level crime to a place where they are out of that life and helping build a healthy and thriving larger community. Around 2010, when the founding organization dissolved, Clean Dreams transitioned to POCAAN and became Communities Uniting Rainier Beach (CURB). In 2013 Rainier Beach was a recipient of a Department of Justice Byrne Criminal Justice Innovations grant that uses a “hot spot” research based methodology. Rainier Beach’s A Beautiful Safe Place for Youth is the initiative developed by the neighborhood where youth, business and neighborhood engagement interventions will occur. The Rainier Beach community remains unified and continues to demand radical change to the current justice and education systems. In March and May of 2015, residents identified Restorative Justice as a solution to the traditional system of criminal justice. Efforts continue to research models in other places and develop a community-led alternative to detention pilot based on the restorative principles.

I’ll be at the Town Hall on August 19th because with this current system, I see too many young people who look like me making mistakes that cost them years of their life. I’m going because the racial disparities keep getting greater and greater, and that means the Youth Jail keeps getting blacker and blacker. I’m going because the racial disparities in school discipline are so gross that the Federal Department of Justice began an investigation of Seattle Public Schools in 2013. I’m going because I believe there are better ways to practice disciplining our children than just sending them to detention, suspending, or expelling them. I’m going because I want to be part of creating holistic and anti-racist solutions.  Again, I’ll be there because I want to learn more about Restorative Justice and how it might be used to transform School Discipline and Juvenile Justice in a place like King County.

For similar reasons, we hope to see many of you there too.

11 thoughts on “Redefining Justice, Restoring Hope, and Realizing Potential in the South End”