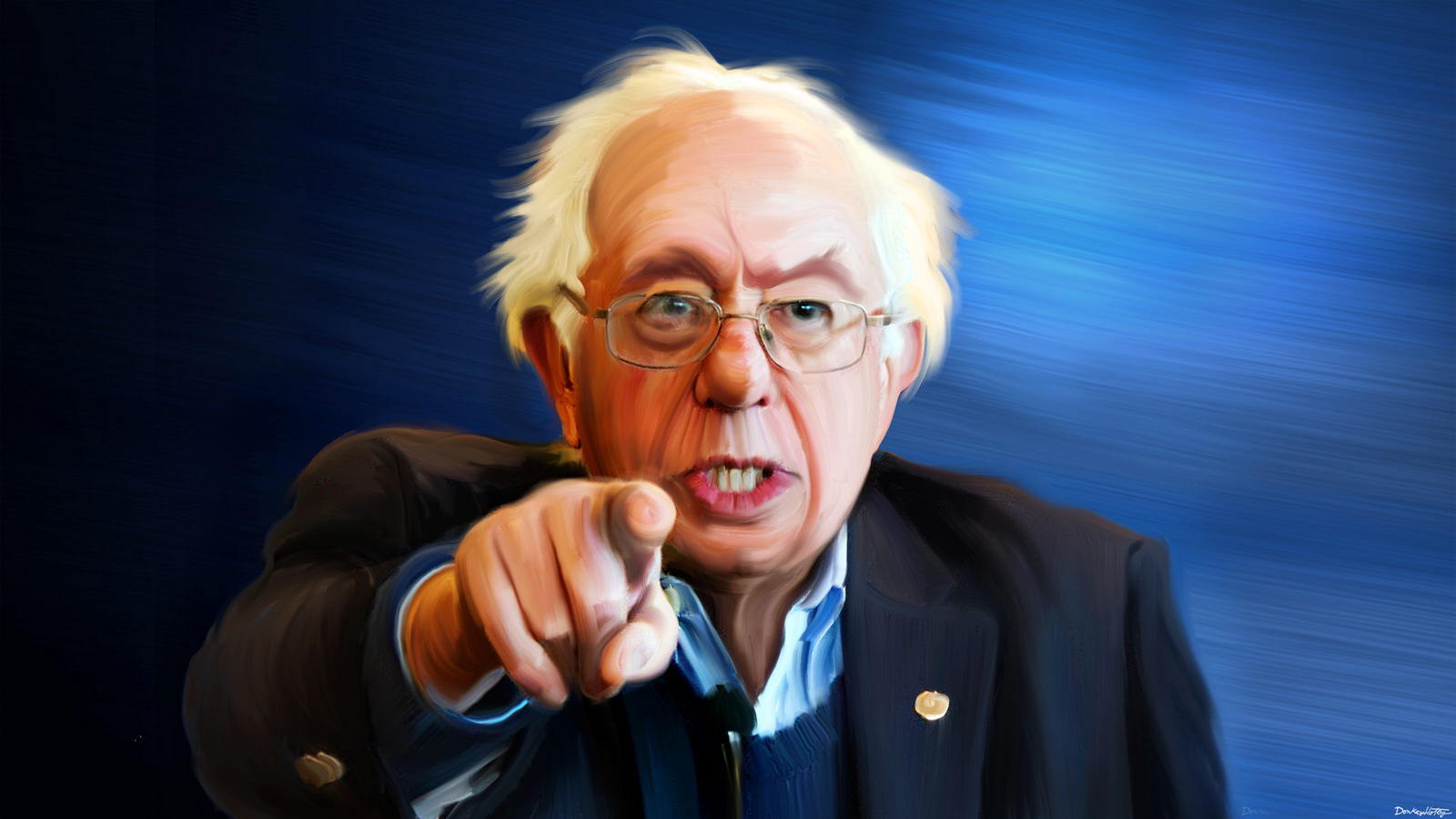 From being called a sheepdog for who would funnel leftist Democrats back to Hillary Clinton should he not get the Democratic nomination, to the threat of losing the support of Seattle Councilmember, and socialist, Kshama Sawant for choosing to run as a Democratic candidate, Sanders has his campaign-trail work cut out for him as he visits Seattle and Portland this weekend.

Are you tired of seeing elections bought by billionaires? (I am!)

Does the widening income gap between rich and poor concern you? (So much so!)

Do you want to see collective action taken to combat climate change? (Absolutely!)

Is racial justice on the forefront of your mind? (Yes!)

If you, like me, answered yes to any or all of these questions (and even if you didn’t, I exhort you to read on), then have I got the presidential candidate for you to explore: Senator Bernie Sanders, the self-described democratic-socialist seeking the Democratic Party nomination.

While Hillary Clinton has been a household name for years, Bernie Sanders is still fairly unknown to many Americans – despite serving as the junior Senator of Vermont- especially those of us on the West Coast less informed about East Coast politics.

However the more publicity Sanders’s campaign platform of economic equality and campaign finance reform receives, the more enthusiasm I see from folks genuinely excited about a presidential candidate for the first time since being sold a bill of goods about “Hope and Change”. During a recent press conference prior to his Seattle visit, I had the opportunity to hear Sanders directly answer some questions about the policies he would champion as president.

I was amongst those who wanted to know the main differences between Sanders and the democratic frontrunner Hillary Clinton. It’s no secret that In order to distinguish himself from the former secretary of state, and win the Democratic nomination, he has to play his cards right –  avoiding character assassination while providing concrete distinctions.

Sanders did this by expressing what he called a “growing unhappiness with establishment politics” and the need for a “mass movement against the billionaire class that his opponent is a part of”.

Next, Sanders claimed to have been consistent throughout his career in his stance on failing foreign trade policies, such as the North American Free Trade Agreement (NAFTA)-  that led to the loss of jobs in the U.S. and that he has long accepted climate change as a fact (he opposed the Keystone Pipeline), both of which Clinton had been unclear about. Furthermore, Sanders, unlike Clinton, voted against the Patriot Act – which allows the NSA to conduct mass surveillance on U.S. citizens- and believes in a national $15/hr minimum wage—of which his main opponent also has a different view.

On the hopeful chance that Sanders is elected President, he would still face daunting challenges coming into a Republican-dominated congress. Sanders stated that no president alone could take on the powers of corporate America and the billionaire class, therefore he called for “an activated grassroots movement to affect policy change.” Sanders asserted the only way to rebuild the middle class, increase jobs, improve health, raise the minimum wage, and advance racial justice is through an “activated movement” and “political revolution” that builds civic consciousness and increases the accountability of those in office.

Sanders pointed out the successful grassroots campaign ran by then candidate Barack Obama during his 2008 campaign, quickly followed by a lack of accountability and follow-through from the President once he took office.

While this rhetoric is all well and good, I want to know how Sanders is first going activate a mass movement as a white dude from Vermont and gain support from African American and Latino populations. Second, how  will remain accessible once he takes office in order for we the people to keep him accountable.

Independents like myself, who are excited about Sanders, are weary that he will simply continue to pull votes back into the two-party system, versus giving a third independent party more traction. Sanders has been very forthright about not running as an independent if he does not get the Democratic nomination (unlike a certain megalomaniacal, billionaire sociopath in another party) due to his perceived “fragility” of the democratic party.

He is concerned about splitting the democratic vote, essentially handing Republicans the power  of the presidency, and would much rather see a “lesser-of-two-evils” Democrat win. Sigh, these dirty, frustrating politics.

As a recent graduate, I get faint every time I have to look at my student loan balances (yes, plural), therefore I am paying a lot of attention to Sanders’ school affordability proposal and how it would take care of those of us being crushed by student debt.

During the press conferences, Sanders said he was outraged by the fact people “cannot get an education due to tuition rates”. If it were up to him, public universities would be free (insert tears of joy here).

In terms of those of us who blindly took out student loans and are now suffocated in debt, Sanders has two proposals: first, he suggests we allow graduates to refinance their student loans similar to the way homes can be refinanced at  better interest rates. Next, he believes the federal government should “not be profiteering off student debt” (TIL the federal government makes $70 billion a year in interest off student debt). Instead he wants to tax Wall Street speculation to make higher education free for everyone. Yes, yes, a million times yes!

Also, Sanders stated he was supportive of the BlackLivesMatter movement and” believes institutional racism must be addressed”, although his emphasis is on employment as the vehicle for this. While he spoke of needed police reform, minimum sentencing, and creating a path out of jail, Sanders ultimately thinks a lot of problems can be solved by improving the 51% unemployment rate of African American youth graduating high school (for white youth this number is only 33%).

While, yes, I agree that unemployment and underemployment are problems disproportionately affecting youth of color, I would also urge Sanders to expand his thinking. If he were simply to give jobs to thousands of youth of color, these youth would still be operating in systems built by “white folks” and not designed for them to thrive. Sanders spoke of institutional racism and the need to “end” it, but without a convincing argument displaying he understands the depth of racism’s roots go and what it will truly take to rip them out, his well documented struggles of resonating to black voters will likely persist.

That being said, I am still very excited about the prospect of Bernie Sanders as president. The optimist in me wants to trust that he won’t give in to corporate power and will ultimately fight for third party politics. I’m jazzed on Sanders’ call for a political revolution and increasing political consciousness, so here’s your chance to do just that! Check out Sanders this weekend one of the two rallies below in Seattle to learn more and #feelthebern2016.

Anne Althauser has her MPH from the University of Washington’s School of Public Health. She writes regularly for the South Seattle Emerald