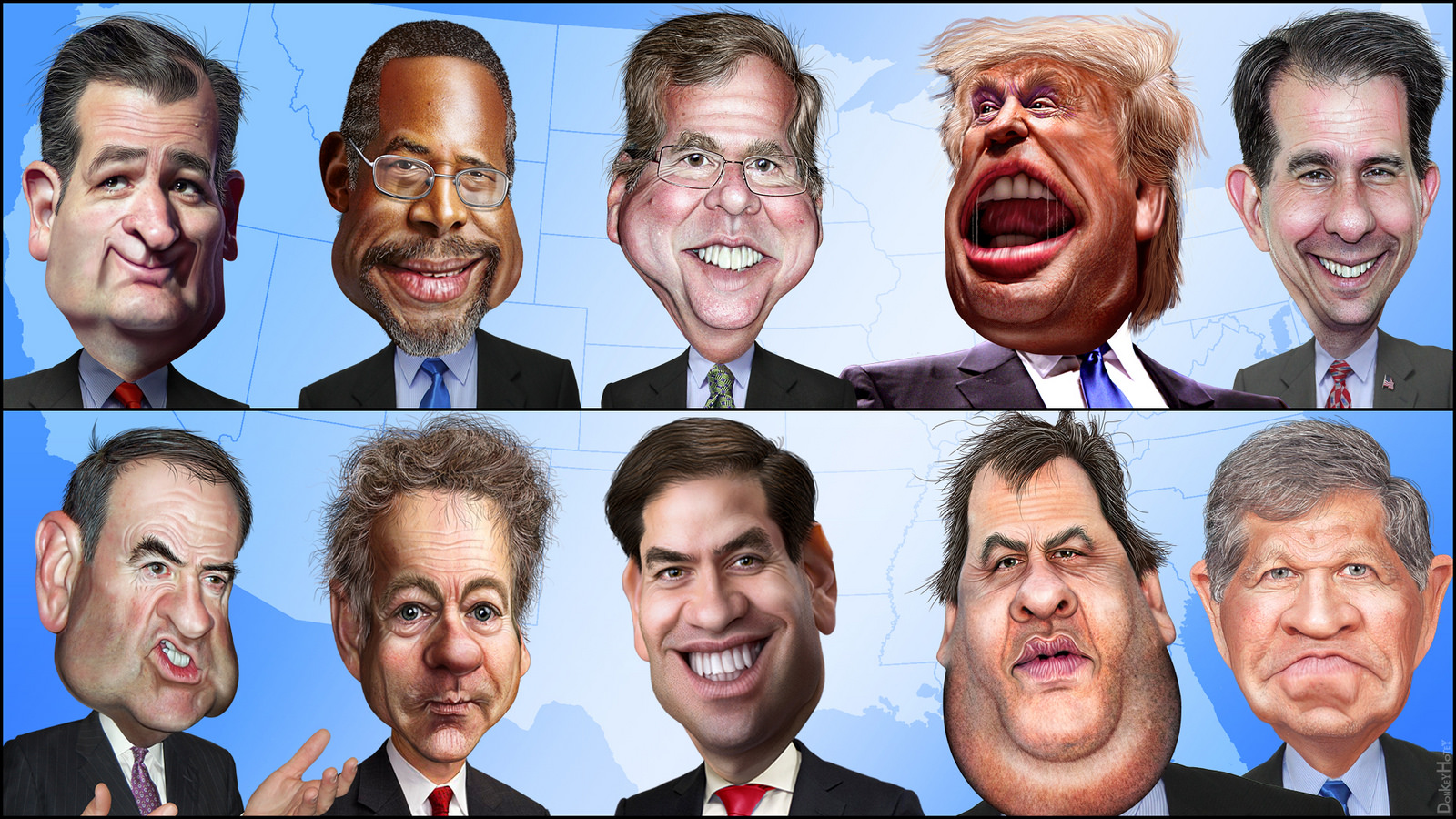 The first Republican debate is well over and done. You’ve heard the zingers, seen the headlines declaring winners and losers, but haven’t seen much about what was really discussed. You know, the issues, not the Donald. So let’s find out what matters to these candidates by looking at a simple word count from the transcript.

Hearteningly, no time was spent discussing income inequality. Moving the debate in the proper direction, only one candidate, Mike Huckabee used the word ‘equal’ during the debate. He promised that he would invoke the 5th and 14th amendments to provide a fertilized human egg equal protection under the law at the moment of conception in order to render abortion illegal. For those incensed by a Republican Party that is obsessed with the status of unborn children at conception yet consistently votes to cut funding for prenatal healthcare programs like WIC and also shows little regard for their well-being following birth, fear not.

A scant discussion point during the evening focused on those in this country whose American Dream is almost guaranteed to be nothing more than a dream. The words ‘poor’ and ‘poverty’ were uttered seven times, once in reference to how conditions of poverty lead to ISIS recruitment. Take heart from the scripture that this scarce mention of the poor has Biblical backing, “I assure you: Whatever you did for one of the least of these brothers of Mine, you did for Me.” Since God already has plenty of stuff, he doesn’t need anything from us, thankyouverymuch.

Marco Rubio, distinguished himself from the other candidates by doubling their mentions of the word ‘college,’ endearing himself to proponents of higher education by invoking the word twice, noting that his parents never attended. Education was broadly discussed in terms of the Common Core standards, and how those need to be rolled back. (They are too expensive and Washington shouldn’t control classroom curriculum). For example, if a school district in Texas wants to print history textbooks with pictures of dinosaurs roaming the Great Plains alongside humans at the dawn of creation 3000 years ago, well, they should be able to do so, goshdangit.

Acknowledging the importance of race in America, the Fox News turned the question over to Megyn Kelly, who is not, regardless of what the Donald thinks, a bimbo. She skewered the Donald earlier in the debate for his mysoginism and was thus charged with asking the only question about race.  Dr. Ben Carson, as a known vocal advocate of racial equality and the only certifiable black man in the room, was asked to respond. In summary, as a surgeon who cuts into people’s skin, he argued; “we are more than our skin; people should look beyond race; this is a divisive issue that people are trying to make a race war out of; we need to get over it.”

There was no word on climate change, of course, because it is a liberal hoax.

Marriage equality and gay rights were also a focal point for the debate, with Ohio Governor John Kasich proudly trumpeting, “Guess what? I just went to a wedding of a friend of mine who happens to be gay.” He wasn’t asked about race, and so didn’t mention having any black friends, though I assume that just like Dr. Carson, he doesn’t see race.

Retirement and social security clocked in with a word count of fourteen, with most mentions bringing up the need to raise the retirement age and cut Medicare. Amen.

In fairness to the gravity of the employment needs of the nation and stagnating wage growth for the lower and middle class, jobs were mentioned nearly ten times as often as wages, as one use of the word ‘wage’ was made in reference to waging jihad. The ever shrinking and increasingly shrill Middle Class, one of the largest concerns for the Republican Party was brought up the same number of times as the Middle East.

Combined, the words ‘illegal,’ ‘immigration,’ and ‘border’ were lustily punched about sixty times, with scant mention of specific policy proposals. Across the board, the prospect of securing the border provided a unifying wall of agreement for the audience to cheer atop and cast stones from.

As always, putting the needs of the people before policy, the middle class and the poor were never mentioned alongside budget and tax considerations. Wisely, tax proposals did not include any reference to corporate tax levels, overseas tax sheltering shenanigans, or the disproportionate tax rates paid by the smartest, most hard-working, and natural cream of our meritocracy’s crop; our billionaires.

Ever distant from the minds of the Republican candidates, Obama and Hillary Clinton were scarcely considered. Inexplicably, though his name was never invoked, Bernie Sanders gained 10,000 new Twitter followers during the debate.

Amongst the doves and hawks, this pack of candidates distanced themselves from the saber-rattlers and Congressional chest-puffers always on the lookout to find more work for the military. Mike Huckabee understood this best and stated, “the purpose of our military is to kill people and break things.” Jeb Bush fully supported Gov. Huckabee, admitting that in Iraq, the military had done just that.

To finish the debate and provide their closing statements, Fox News acknowledged their secondary status as the leader of modern intelligent discourse by sourcing their final prompt from the highest pinnacle of public wisdom, Facebook. Facebook wanted to know if the candidates had heard any word from God on what they should do once elected. John Kasich, noted earlier for citing God in his defense of Medicare expansion in Ohio stated “when they arrive in heaven, Saint Peter isn’t going to ask them how small they’ve kept government, but what they have done for the poor.” From the least of us, what a refreshing idea.

2 thoughts on “Sunday Essay: The Least Of Those Among Us, From the Stage of the Republican Debate”