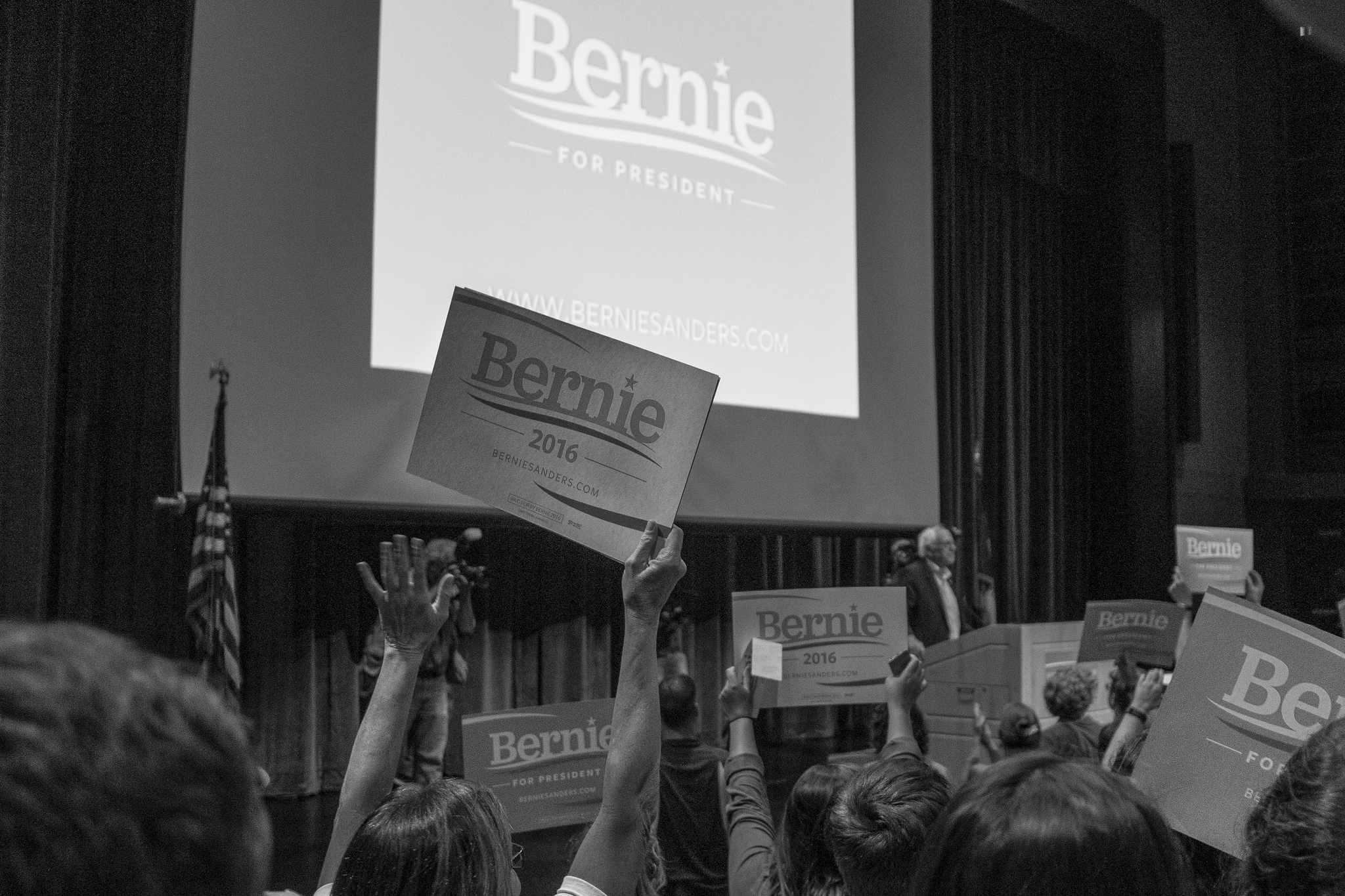 I was at the now infamous 8.8.15 rally at which Democratic presidential candidate and U.S. Senator Bernie Sanders (I-Vermont) was interrupted by two speakers claiming to represent Black Lives Matter. My reaction that day, after sitting through speaker after speaker (many of whom made the same points) in the warm and sometimes hot sun, with my child care deadline of 3:30pm looming, was that of disappointment, at very least. The speakers interrupted what I (and thousands of others) came to witness, which was the public appearance of a presidential candidate who represents our views better than any other major party presidential candidate of my lifetime. (I’m 53 and the son of a union Dad raised in depression Chicago by a single Mom and a Cuban-immigrant Mother who also raised 4 kids in poverty.)

On issues like the threat of anthropogenic climate disruption, historic economic inequality, the corporate takeover of the U.S. democracy (and the need to overturn the Citizens United ruling), crippling student debt and the rising costs of higher ed and so many other issues, no candidate since FDR’s time comes close to being so correct on so many of these than Sanders. On August 8th I wanted to subject Sanders to the ultimate test and that is being in the same place at the same time and judging for myself. But that was not to be.

Sanders was interrupted and then it was clear he was not going to speak. I started for the Link Light Rail station and my legs wobbled a bit from all the standing and the sun and got off at the Mt. Baker stop, near where I’d parked my car so as to not have to park downtown. An older white man saw my Ché Guevara t-shirt, asked me if I went to the rally and said he was angry about what happened. By then I had pondered the experience enough to feel that our inconvenience was a mere slice of what the protesters feel every day by being black in America, so I had some empathy. I got out my three-year old cellphone and posted on my Facebook wall that I went to hear Bernie Sanders speak and he was not allowed to do so. The social media conversation was off and running.

I found the protesters that day on stage to be angry and either not wise enough to have been able to seize the moment to create something larger than themselves. or that they were motivated by something besides a quest for justice. They called the attendees “White Supremacists” and generally were condescending. To start a hash tag like #BowDownBernie is insulting to a man whose record for fifty years demonstrates support of all the important causes of that time. As Gyasi Ross pointed out in his fine commentary in the Slog, disrespect of elders and the “bait and switch” nature of what happened are two aspects of the situation that few others mention.

One other commentator also suggested that the event was grandstanding. R.L. Stephens II writing forOrchestratedPulse.com said:

The two women that interrupted Sanders last weekend seemingly did so unilaterally. You can’t build real mass political power that way, but building effective power is not their point. Make no mistake, this Bernie Sanders hoopla is ultimately about campaign jobs and foundation funding, not emancipation for the masses. These interruptions will create career opportunities for a few activists and political operatives… but, as with Ferguson, the masses of Black people will be unaffected…

And the notion of opportunism was also suggested by another Black Lives Matter activist, who was quoted in a Seattle Times article:

While having visible support at these events, [protester Marissa] Johnson has not been embraced by everyone in the Black Lives Matters movement. Mohawk Kuzma, a local activist who has acted as a de facto spokesman at some Black Lives Matter protests, said Monday he knew Johnson from past activism but that she generally didn’t get involved “unless it’s a public stunt.”

My friend Ethelbert Miller, who ran the African-American Resources Department at Howard University for 39 years until he was unceremoniously fired this year (and runs the Institute for Policy Studies) has had many to say about the incident, including:

It’s obvious from this tape that Bernie needs a few bodyguards. Where is the Nation of Islam when you need them? Let’s be honest – these women are out of control. This is what happens when one’s politics become unplugged or suffers from diarrhea. Maybe we should bring back the tactics of Soupy Sales and just hit Bernie with a pie.

I went back and looked at the video again. What I saw was something that reminded me of the old Jerry Springer Show… it’s something we should refuse to accept as the norm. I refuse to accept chaos or another open mic moment. When the Pope arrives in September are we going to push him aside too? If that happens I will go in search for my own Vatican and close the door when I find it…

And I think this is what it comes down to for me. How would this event have been different if the planning were done with the assistance of Aaron Dixon, he of the Black Panther Party of Seattle back in the day (See: http://southseattleemerald.com/2015/08/15/back-to-school-aaron-dixon-takes-me-on-a-tour-through-history/) or any other elders? Doreen Mitchum, a long-time arts administrator in Seattle says the poor of potential black elders has been thinned by jail, drugs, early deaths and other reasons.  And Pramila Jayapal, one of the many people of color who spoke at the event, said in a Stranger commentary that she was “heart-broken” by the event and that we “have to be smarter than those who are trying to divide us.”

Can we be critical of actions of people of a different race than ourselves? I have one friend who says I have no right to be critical and that the anger I witnessed by the two protesters was likely my own projection. I disagree on both counts. Ethelbert Miller’s suggestion that this was a “Springer moment” seems spot-on to me. And Wole Soyinka once said: “The greatest threat to freedom is the absence of criticism.” To have a real conversation about race and to say your speech limits are based on your race is absurd.

So with that, I again share 5 steps that could have been used as the “takeaway” had such a stunt been designed to create real change for people in Seattle. My fate is tied to the fates of every mammal in this town and that the local police were found by the U.S. Justice Department of a: “pattern or practice of excessive force that violates the U.S. Constitution and federal law” — a point the protesters made at the 8.8.15 event — is truly a stinging indictment of any claims to progressivism in Seattle. My suggestions:

Work with elders to design a plan. Implement that plan. Act out of love and mutual respect and you’ll see that come back to you. Build coalitions (#Don’tPissOnYourFriends. The extreme left is already asking the question “Should the Left Support Sanders” and of course their answer is no, as he (& few others) are not “pure enough” for them.) Call decent people “White Supremacists” and you’ll let the real racists off the hook, because if the people gathered in Seattle to hear Bernie Sanders on 8.8.15 are racists, than everyone is and the term is meaningless.

I am convinced, as Sanders appears to be, that there is a revolution coming in this country. I’m with those who are motivated by a quest for real justice economic, racial and environmental. Inshallah.

Paul Nelson is the founder of SPLAB and a South Seattle based poet, interview host, and writer.