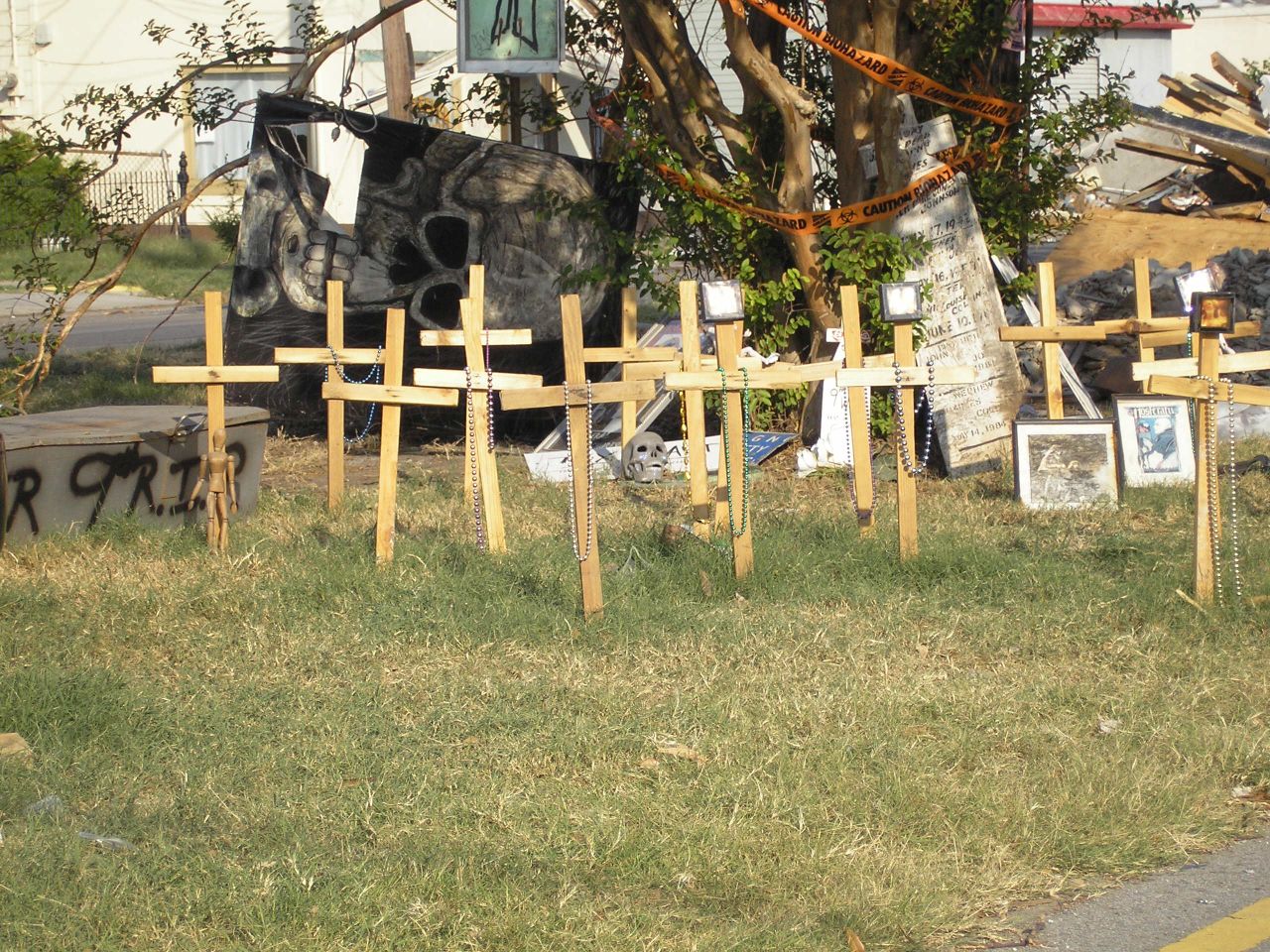 August 29, 2005, has become one of those unforgettable dates in the annals of United States history.  It was on this date that Hurricane Katrina made landfall just Southeast of New Orleans, Louisiana.  The aftermath of Hurricane Katrina is one of the most costly natural disasters in recent U.S. history.

I still struggle to understand how one can forget that which still exists.  That is why a commemoration of Hurricane Katrina so insidious.  We are permitted in this moment to forget the ongoing destruction that is currently happening in post-Katrina New Orleans.  By shifting our gaze back to August 29, 2005, as if it is a finite moment in time, the act of remembering Hurricane Katrina becomes another opportunity for those in power (especially White people) to construct a dominant narrative for us all.  As we observe ten years since Hurricane Katrina made landfall, that dominant narrative – especially for New Orleans – is one of recovery, redevelopment, and renewal.

Any act of remembering is prone to forgetfulness.  Although much and many are forgotten when commemorating Hurricane Katrina, I am more disturbed by the dominant narratives that I – as a Black person – hear during this commemorative moment.  For me, I hear that the recovery of a post-Katrina New Orleans could only be made possible by the federal and city governments violently keeping Black, working-poor people from returning to this city.  I cannot help but hear that the redevelopment of post-Katrina New Orleans required the destruction of almost every public housing development in this city.  Housing communities, more specifically, that were vital for 100,000 families that were predominantly Black, female, and working-poor.   I am left hearing that the renewal of post-Katrina New Orleans comes along with the privatization of most of its public schools, the dismantling of its public medical system, and the privatization of communal spaces.  With all this privatization, a new New Orleans has seen a public education system that employed numerous Black women now staffed by mostly white, middle-class folks; a growing population of people of color who cannot access quality medical care; and Black street artists (e.g., brass bands) that are being criminalized for carrying out centuries-old traditions of performing in public spaces.

Gary Kinte Perry is an Associate Professor of Sociology at Seattle University. He is also an anti-racist community organizer and prison abolitionist who resides in Seattle, WA

One thought on “Why Are We Commemorating Hurricane Katrina?”