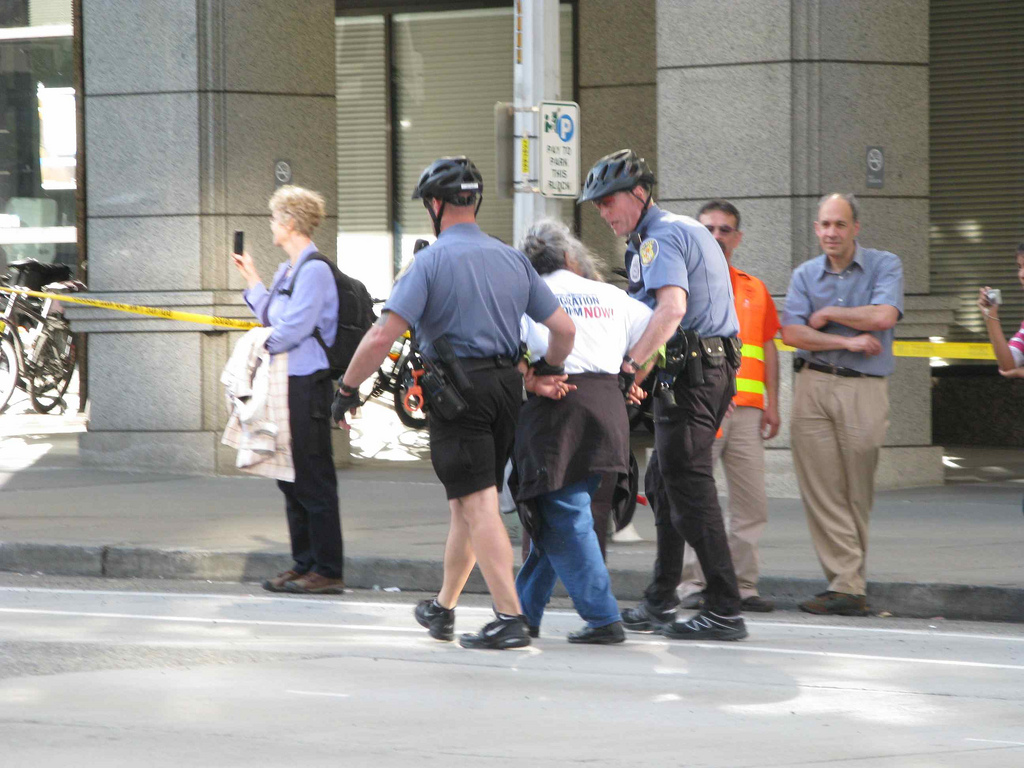 The safety of our community and the mistrust between community members and our police force are among the most pressing issues we face in Seattle. Despite the Seattle Police Department (SPD) being under a US Department of Justice consent decree since 2012 these issues still plague us.

For the last year, SPD has been struggling with how to address the actions of Officer Cynthia Whitlach and the subsequent questions about her personal bias. This week Seattle Police Chief Kathleen O’Toole fired Officer Whitlatch for racial profiling. While this action is welcome and long overdue, SPD’s drawn out process raises questions about the role of command staff in implementing accountability reforms.

Whitlatch caused a scene last July when she arrested William Wingate, an elderly African-American man, claiming he had swung a golf club in her direction.  In fact, dash-cam video of their encounter shows Mr. Wingate standing on a street corner waiting to cross a street, when the officer pulled over her car and confronted him about a golf club he was leaning on. Community activists who learned about the incident mobilized to protest the arrest and by September, SPD had dropped the charges against Mr Wingate. In the meantime, comments about “black racists” on Officer Whitlatch’s Facebook page, prompted supervisors to counsel her about racial bias. This week that struggle ended with Whitlatch’s firing.

The Seattle Police Officers Guild (SPOG) has indicated that they will appeal her firing because the Office of Professional Accountability did not conduct their investigation in a timely way in accordance with police contract requirements. There is no question that the treatment of William Wingate was outrageous and reflects implicit bias. If this case had been handled properly by the department, there is no question that this officer should have been removed from duty. But this case wasn’t handled properly. In fact, there are real issues about whether this case was handled in a way that will actually make the problem of police accountability worse.

The inconvenient truth is that two top SPD commanders, then-Assistant Chief Nick Metz and Captain Pierre Davis, were made aware of the Wingate incident and the community concern about racial bias and didn’t report it to the OPA. There are various accounts of what happened, but at a meeting on September 4th, the issue was framed by the community leaders as an instance of egregious bias, which is why they asked for the meeting in the first place.

All SPD employees have a duty under SPD Policy 5.002 to report to the OPA possible misconduct, and under the department’s bias-free policing policy, to report all complaints of biased policing. It was not up to the discretion of the commanders to decide whether or not to report.  They had an affirmative obligation and should have reported it to OPA at that time rather than minimizing the incident, which is what seems to have happened.

The real question now, is why OPA did not recommend discipline against Metz and Davis for failing to report the citizens’ complaint to OPA after meeting with them. Given the activist history of the community members involved, it’s highly likely that they provided sufficient information about the nature of the officer’s behavior and that Metz and Davis had an obligation to report the complaint to OPA. Instead, as The Stranger reported this week, they chose to follow the “blue cone of silence” and support their colleague by emailing the City Attorney’s office on September 4th and stating: “It should be made clear that we do not believe that the arresting officer violated policy during the detention and/or arrest of Mr. Wingate.”

Why does this matter? Because we are under Department of Justice supervision and the people of Seattle need to know that our police department leaders are on board with the reforms being implemented. This is a case where 99% of the department should agree that the officer behaved wrongly, it was serious, and discipline was warranted. Instead, because commanders minimized it and did not report it to OPA in a timely way, the reaction within the rank and file is likely to be to rally around the officer feeling she was treated unfairly.

It is NOT unfair to fire her for behavior that violates policy and abuses a law abiding community member. It IS unfair for the department leadership not to follow its own rules in doing so. When that happens, it undercuts legitimacy of all the important reforms that have been accomplished the past few years. This is reminiscent of what happened 15 years ago in the early days of the current OPA system, when a group of Asian American students were stopped for jaywalking and illegally searched.  The only sustained complaint against Officer Jess Pitts was for Conduct Unbecoming an Officer.  At the same time, no command staff were held accountable for the Mardi Gras fiasco in Pioneer Square that left Kris Kime dead because of poor police response to the riots.

The rank and file officers seem to have a legitimate claim that they are held to different standards than their commanders. The Whitlatch case unfortunately runs the risk of fueling the same dynamic. Not holding Metz and Davis accountable also undermines the legitimacy of the correct findings Chief O’Toole made about the conduct of Officer Whitlatch, and the enlightened conclusion that this was an instance of unregulated bias, not just an unlawful detention.

There was a command failure at SPD. If we’re to trust that SPD is committed to accountability and reform, we need to investigate commanders when it’s warranted.  If Officer Whitlatch’s conduct was egregious enough to warrant firing, which it was, it was also a clear enough instance of bias that it needed to be treated as such by commanders when it was brought to their attention.  The rules have to apply at every level in the department. The OPA should hold Metz and Davis accountable for not acting on community leaders’ concern about racial bias.  Davis remains an SPD commander, and the main concern here is the message sent to the rank and file and the community.

Tammy Morales is a South End resident and business owner and an advocate for healthy, safe neighborhoods. She is a candidate for Seattle City Council in District 2.

3 thoughts on “Op-Ed: What the Whitlatch Case Reveals About Police Reform Efforts”