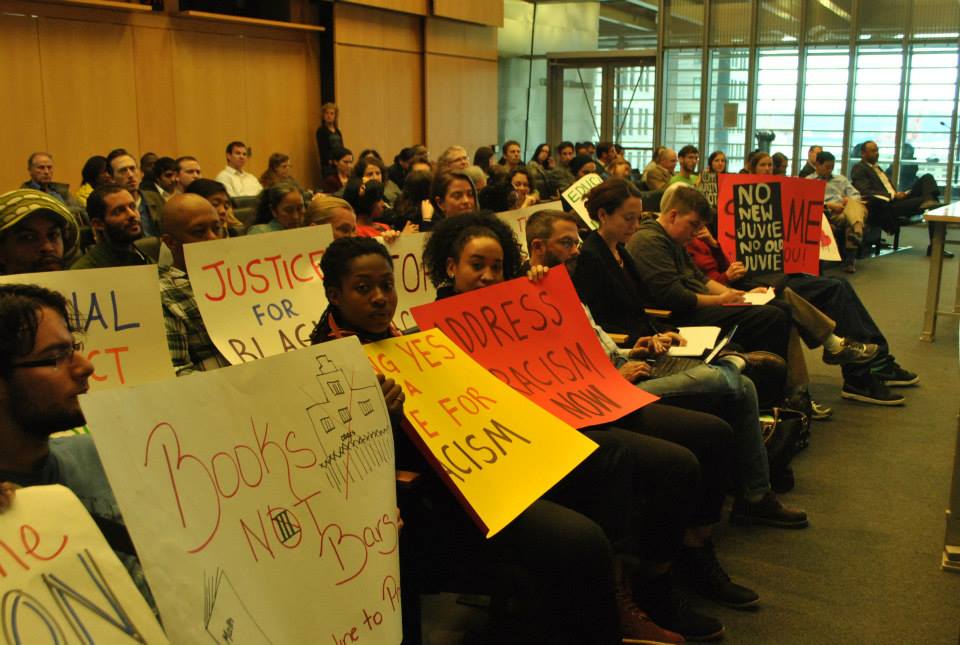 After a three-year crusade of protest, agitation, and organizing, a Seattle City Council meeting on September 22 brought a major victory to a diverse coalition of youth-prison abolitionists and anti-racist organizers.

“We wouldn’t be here today if it wasn’t for the youth activists.”

In a 9-0 unanimous decision, Seattle’s City Council passed a resolution that fully endorses the goal of zero-percent detention of youth, and called for the city to develop policies eliminating the necessity of their imprisonment.

While Council Member Mike O’Brien introduced the resolution in a committee meeting last week, it originated with three organizations that advocate for the abolition of juvenile incarceration: Ending the Prison Industrial Complex (EPIC),  Youth Undoing Institutional Racism (YUIR), and the Seattle branch of the anti-racist organization European Dissent.

“We wouldn’t be here today if it wasn’t for the youth activists,” said Council Member Nick Licata prior to the resolution’s passage. “They’re the ones who created the huge pressure on the county and also the city.”

Seattle’s movement for ending youth incarceration picked up speed after the same city council in 2012 voted overwhelmingly (8-1, with only Kshama Sawant opposed) to fund the replacement of an existing youth detention facility with a new one. What struck organizers at that time was the $210 million poured into the facility.

“I was here the day all except Council Member Sawant voted to build a youth jail with $200 million of our tax money,” asserted white anti-racist organizer James Kahn, addressing the city council. “The movement did not stop after those defeats. The movement could not stop or end until we stop putting children in cages.”

African Americans make up about 8 percent of Seattle’s population, yet account for more than 50 percent of the city’s incarcerated adolescents on any given night, according to a letter by King County Executive Dow Constantine.

Organizers drummed up support not just against the prison, but also toward ending juvenile imprisonment anywhere in the 206 area code by knocking on doors, frequenting city council hearings, and speaking out at community meetings.

Besides pushing for a moratorium on juvenile incarceration, the resolution also calls for the city to fund community-based organizations that are already engaged in anti-racist work and have been working to eliminate youth detention. The amount of funding was not specified.

“This resolution could be seen by some as an act of good faith, that nothing else changes. And I think that’s absolutely right,” O’Brien said, speaking to those in attendance moments before the vote. “This is a very important step today for the city to take this action, but it by itself does nothing to change the reality.”

O’Brien was referencing that, as a resolution, the measure is nonbinding, meaning the city isn’t legally mandated to enact it. However, to attendees, many of them organizers who had dedicated the last three years of their lives to this movement, there is a moral and human imperative that its promises be fulfilled—not just for the city but also for the United States.

“I think the city council members are gatekeepers, just like anyone else, and if they’re committed to an anti-racist vision, they’re going to have to make sure they’re centering themselves in the community,” said Senait Brown, one of EPIC’s lead organizers, who could barely contain her jubilation after the resolution passed.