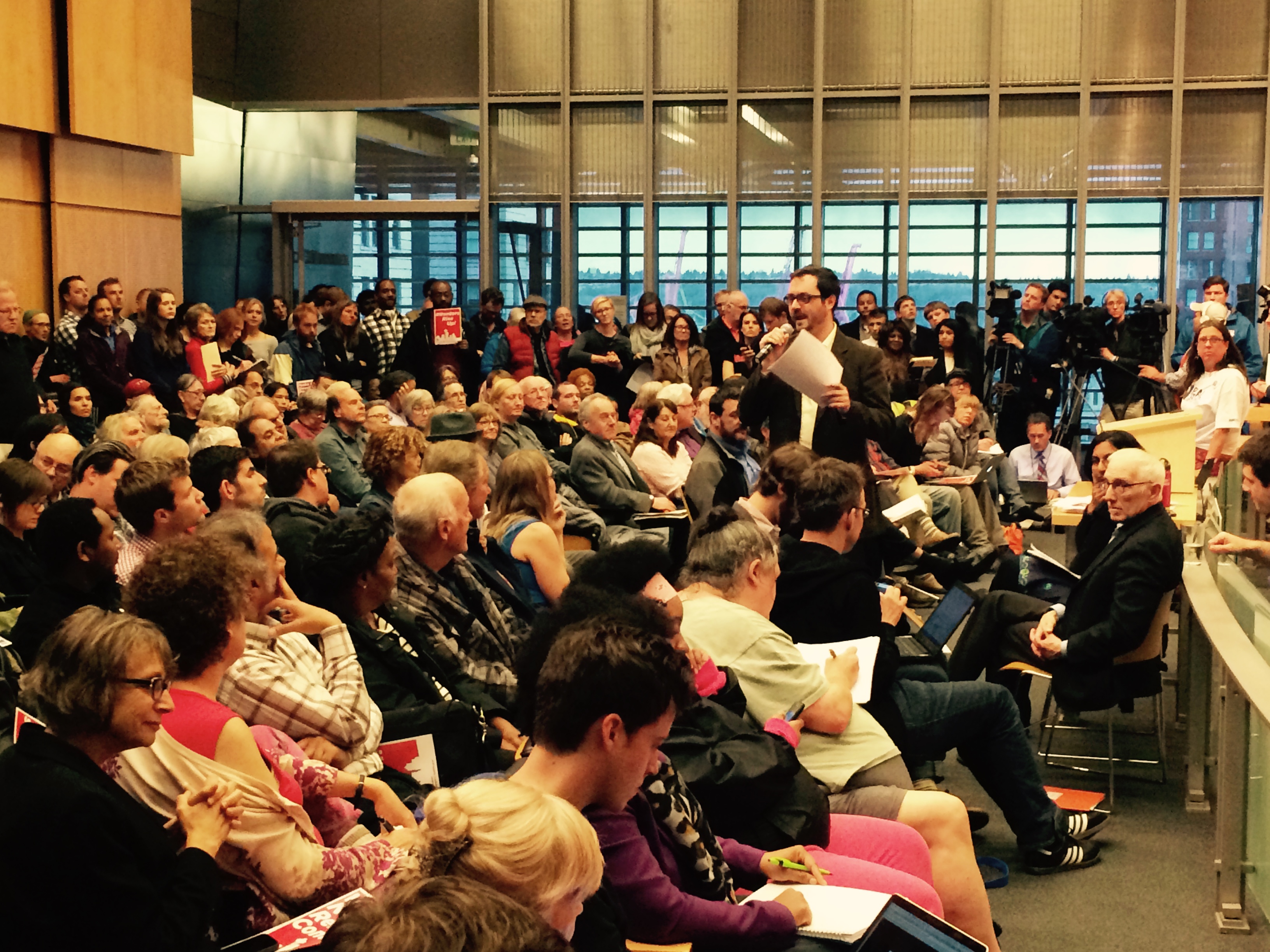 Editor’s Note: We asked two Seattle residents to make a case for each of the candidates running for Seattle’s City Council Position 8. The position is one of only 2 voted on city-wide. This is the first of those two op-eds. You can read the Case for Tim Burgess here.

I’m voting for Jon Grant because we are at a critical moment in Seattle’s development and this election provides a clear choice of what direction we want to move as a community. Jon is one of a number of candidates this year who are articulating a need and a vision for change, for a Seattle that works for everyone who lives here, for greater affordability in the city, and greater accountability from City government.

I’m voting for Jon Grant because Seattle is rapidly becoming unaffordable for the vast majority of us who live here, both those who have moved here relatively recently and those who have called Seattle home for a long time. I’m a person who rents, and while there is probably always some insecurity inherent in renting, the last several years have been particularly challenging. I’ve seen friends get evicted from their apartments because the owner wanted to “renovate,” and raise the rents dramatically. I know people who’ve been forced out of their apartments because of the living conditions. I’ve also heard from homeowners who say that there’s no way that they could have afforded their current home today, and are worried about artificially increased property values. This is a problem for both renters and homeowners.

I’m voting for Jon because he’s dedicated his life to fighting for people like me, and people much more vulnerable. As Director of the Tenants Union of Washington, Jon was in the fight against skyrocketing rents, deplorable housing conditions, neglectful landlords and owners, speculators, economic evictions, and racial discrimination in housing. Jon has been on the front lines of this for over 10 years, and we need his expertise, experience, and passion at City Hall. He’s taken on the city’s slumlords, and made sure that they improved their properties or compensated those who were forced to move. There’s good reason that Tim Harris, founding Director of Real Change, has endorsed Jon’s campaign. We need affordable and quality housing to prevent and address homelessness.

I’m also voting for Jon because he understands the need for accountability in city government, especially as it applies to the Seattle Police Department. The city and police department are currently operating under a Consent Decree with the Department of Justice because they found that SPD was engaging in a “pattern or practice” of excessive force. The City Council, however has been far too slow in holding the Department accountable, or disciplining/removing officers guilty of racial bias or abusing their position. Back in September, Jon joined the Seattle-King County NAACP in calling for the firing of Cynthia Whitlatch, who arrested then 69 year-old William Wingate who was using a golf club as a cane. SPD’s Office of Professional Accountability had recommended her firing, but the City was still slow to act.

I’m voting for Jon because he has integrity. Recently, Jon has been at the center of a number of stories in the local news about a (now former) executive at Triad Capital who attempted to get Jon to encourage a group of tenants to drop a lawsuit against the company. According to news stories, and corroborated by text messages sent to former Mayor Mike McGinn, this executive offered to make a planned/threatened $200,000 “independent expenditure” against Jon “go away” if he could get the tenants to drop their suit. Instead, Jon took this threat to the Seattle Ethics and Elections Commission and to the media. Even as just a candidate for office, Jon won this fight for the city of Seattle. Under pressure, Mayor Murray then announced the City would not extend their contract with Triad which was expiring at the end of the year.

I’m voting for Jon because he listens and he remembers. I’ve often seen people helped by the Tenants Union approach Jon about work he did on their behalf. It’s uncanny to see Jon remember those people, remember their stories, and be able to recall why what happened mattered. Often times these folks may have never had an advocate before, no one to listen to their story, and certainly not someone who would be willing to listen deeply and then provide the kind of support that was the most needed. Jon “gets” the human side of policy, of how decisions made in Council chambers and backrooms impact people’s real lives. It’s rare to see someone have the capacity to understand both policy and people so well, and then use that great ability not for personal advancement, but for the public good.

I’m also voting for Jon because he gets, and will fight for, equity and justice in a way that folks in elected office often don’t seem to. It’s been very heartening to see Jon take up the issue of gender pay equity and paid parental leave on the campaign trail. Seattle has the worst gender wage gap in the nation, and Jon has pledged to make sure that the City Council seriously addresses this if elected. He also understands, though, that women of color, women who are immigrants, women who are undocumented, queer women, and transgender women experience additional challenges and that issues of “pay equity” are more complex. For Jon, addressing issues of race and social justice isn’t a box to check, it’s a full time commitment, and that it should be an issue of paramount importance to us as a city.

I could continue to go on about why I’m voting for Jon Grant for City Council, but I’ll leave it on one last point. We have a choice. This is not a “lesser of two evils” choice. Both candidates for this office are good people. Jon loves this city and current City Councilperson Tim Burgess loves this city. That’s not up for debate. Both people have done good things for Seattle and should be thanked and appreciated for their service. But the choice between the two of them is one of fundamental importance.

Colin Maloney is a community organizer, a health educator, and a Democrat.

3 thoughts on “The Case for Jon Grant”