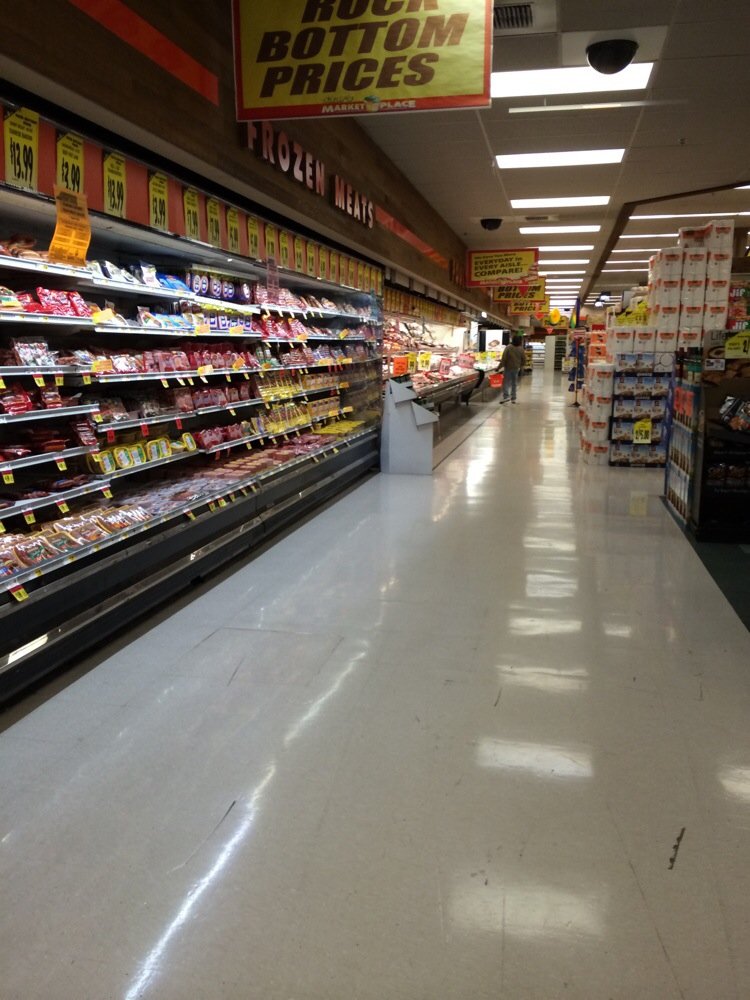 On October 7, 2015, a sign went up at Saars Market Place at 9000 Rainier Avenue, announcing that the grocery store was closing for good. Unless you’ve been out of the country, Rainier Beach resident, that’s old news. A Dollar Tree is taking over a portion of the old Saars, and soon some other commercial entity will move into the remaining retail space, if it hasn’t already.

When the news of Saars’ closing hit the Rainier Beach & Skyway Facebook group, it prompted 70 responses – a fair number for that page. And aside from the excellent crowd-sourcing of “what’s next?” information, the reflections on Saars itself proved interesting, and echoed that other social-media bullhorn, Yelp.

Customer impressions of Saars seemed to fall into one of three categories:

Saars was gross: The food was often past its sell date and some thought of the store space as dirty so customers didn’t return.

Saars was amazing: It had a robust “ethnic food” section, it once had good seafood, and the produce was cheap.

Saars was a sometimes thing: The grocery trip as “adventure shopping.”

Thanks to our collective willingness to offer up opinions about a neighborhood grocery store – a necessary institution for a healthy, livable community – a subtext to each of those categories emerges.

A frequent term lobbed at Saars, on both Yelp and Facebook was that the store was “ghetto” in the Urban Dictionary sense.  I’ll grant that Saars didn’t have the polish of QFC or the “you must earn six figures to shop here” vibe of a Whole Foods, but clearly that wasn’t what Saars was for or about. When a store’s motto is “ROCK BOTTOM PRICES!” (caps theirs) no reasonable customer should walk through the door expecting high-end anything.

Because I’m suspicious of online reviews, I had to wonder: Was there unintentional code in the criticism of this “dirty” grocery store, intended to reflect on the Rainier Valley and its inhabitants? Did some of those reviewers think Saars was the grocery store that Rainier Beach deserved?

Oddly, for a store so often accused of being “ghetto,” local lore holds that Saars seemed to have some pretty strong attitudes about its customers. Many Rainier Beach inhabitants claim that Saars only allowed a set number of young Black males in the store at any given time. Perhaps it’s unfair to mention that, now that Saars management is no longer here to defend or explain itself.

However, it’s true that, for a time anyway, nobody was allowed to walk around Saars wearing a backpack. Customers were asked to check their packs at one of the front counters, yet the safety of your backpack and its contents could not be guaranteed while you were shopping.

This is arguably the healthiest attitude about stores like Saars.

If you want Safeway or PCC, go to those stores.

Those who enjoyed Saars were clear about why they liked shopping there. That is, it was a grocery store that sold things you couldn’t find easily anywhere else, including a variety of imported foods from Asian and Latino cultures.

I can’t attest to the live seafood or fish fry at Saars, features of the store that are spoken of in the online equivalent of reverential tones. But I get it. Not everyone could drive to the International District or Mutual Fish, and why should anyone have to in a town the size of Seattle? In Saars, Rainier Beach had a local seafood source that seemed to trump the other chain stores.

A small number of the social media remarks on Saars came from those who, like me, fell into the third category. For the most part, other stores in Rainier Beach, Skyway and Renton cover my grocery needs. But a trip to Saars was not unwelcome. I could be a tourist in my own neighborhood and walk home with a bag of groceries I wasn’t going to get at Safeway.

We should all mourn the loss of Saars, even those who hated it. Now that Saars is gone, Safeway is the only supermarket in Rainier Beach. The PCC, even though it’s on a major bus line now, is simply out of the price range for some residents, and neither store has any real incentive to try to match the eclecticism of the inventory at Saars.

Price-wise, the Grocery Outlet in Skyway has shoppers covered. But again, the selection isn’t comparable. And if you shopped Saars because you could walk to it, consider the prospect of making the trek to Skyway on a typically dark, rainy evening this winter. That’s no slight against The Grocery Outlet or Skyway. That store does what it does well, and provides great service.

The fact is, South Seattle is down one grocery store now. Why Saars left no longer matters. The absence of Saars already stings for those who shopped there, and, depending on what replaces it, may matter to all of us in ways we can’t predict.