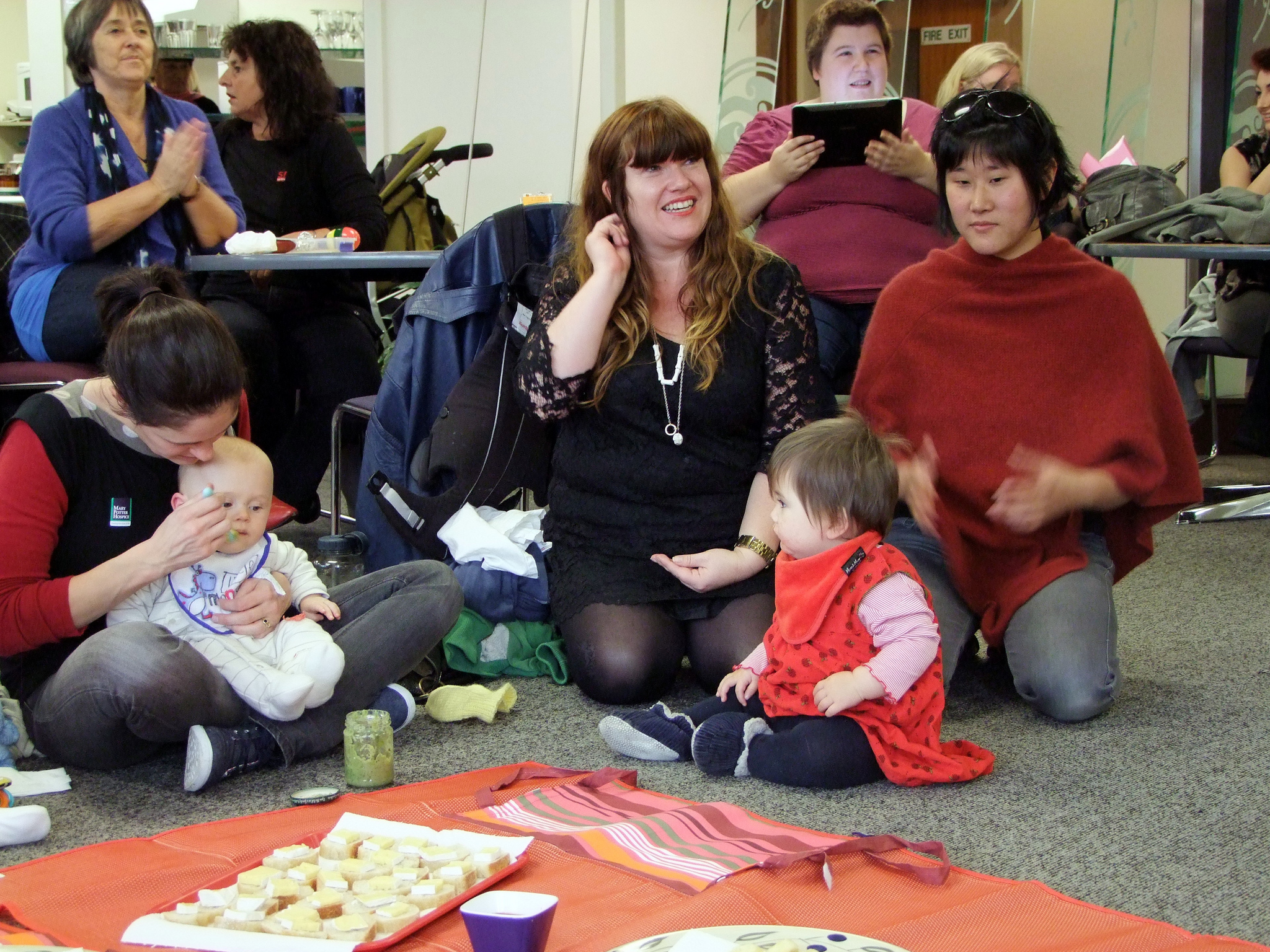 Between them, Microsoft and Amazon have over 60,000 employees in the Seattle area. The City of Seattle, King County, Port of Seattle, and Gates Foundation – which collectively employ about 30,000 people here – also added paid parental leave benefits for their workers this year.

That adds up to a lot of local families who will benefit – but represents only a tiny fraction of the over 1.3 million jobs in the county and the more than 25,000 babies born in King County each year.

We have mountains of research showing how important the first few months of life are for a child’s long-term health, brain development, and social skills. Quality time with parents is critical. That’s why almost every other country in the world guarantees all new mothers, and often fathers, lengthy periods of paid leave.

Promoting the well-being of children and gender equity are among the goals of local governments taking action, but the tech companies aren’t acting out of concern for infant brain development. They are in cut-throat competition for trained talent, and trying to counter well-earned reputations for lacking diversity, being hostile to women and unfriendly to families. Netflix’s much ballyhooed offer of up to a year of paid parental leave callously excludes the folks who mail out all those DVDs. Amazon’s new policy fortunately does extend to full-time distribution workers.

It’s good that some employers are stepping up on their own, since Washington’s legislature and Congress have so far failed to act to establish paid family and medical leave for all workers. But until we act collectively to ensure that all new parents and children have this important benefit, we will continue to exacerbate the racial, gender, and class inequities that plague our society.

According to the US Census, 20% of King County households have annual incomes over $150,000 – including many of the employees of those techie companies. About half of Seattle-area households have incomes at or above the $72,000 that it takes around here for a family of four to pay for housing, food, childcare, and transportation without relying on public assistance.

But that means half struggle to cover the basics. It’s not just high-wage, high-benefit jobs that are booming here. So are jobs in food service, personal care, retail, and other services where pay is low and shifts are irregular. These workers are often parents, too. Many also have elder care responsibilities, and they juggle it all without access to pricey time-saving conveniences.

Nearly one in four households in King County scrape by on less than $25,000 a year. One third of single moms – and their children – live below the official poverty level ($20,000 for a family of three). For our youngest kids, the disparities by race are especially stark: 45% of Black children and one-fourth of Latinos under age five live in poverty, compared to 6% of young White kids.

The thousands of small businesses out there will have a hard time providing much paid parental leave on their own, and many big corporations won’t unless they are required to.

Last January, Washington’s legislature introduced a bill that would provide all workers in the state – whatever their income level – with up to 12 weeks of family leave, and up to 12 weeks for their own disability. People would receive two-thirds of their usual weekly pay when caring for a new child, sick family member, or recovering from their own serious health condition. To finance the system, workers would contribute a small payroll premium, matched by their employer, of a little over a dollar a week for the state’s typical worker. This simple insurance model is already working in California, New York, New Jersey, Rhode Island, and Hawaii.

The bill made it through the House Labor Committee, but was not prioritized for serious consideration by the full Legislature. Will the growing attention from high-profile announcements and the Presidential race be enough to give the bill some legs in 2016? Not unless legislators get a serious push from their constituents to take action.

One thought on “Paid Parental Leave Should Be Extended to All”