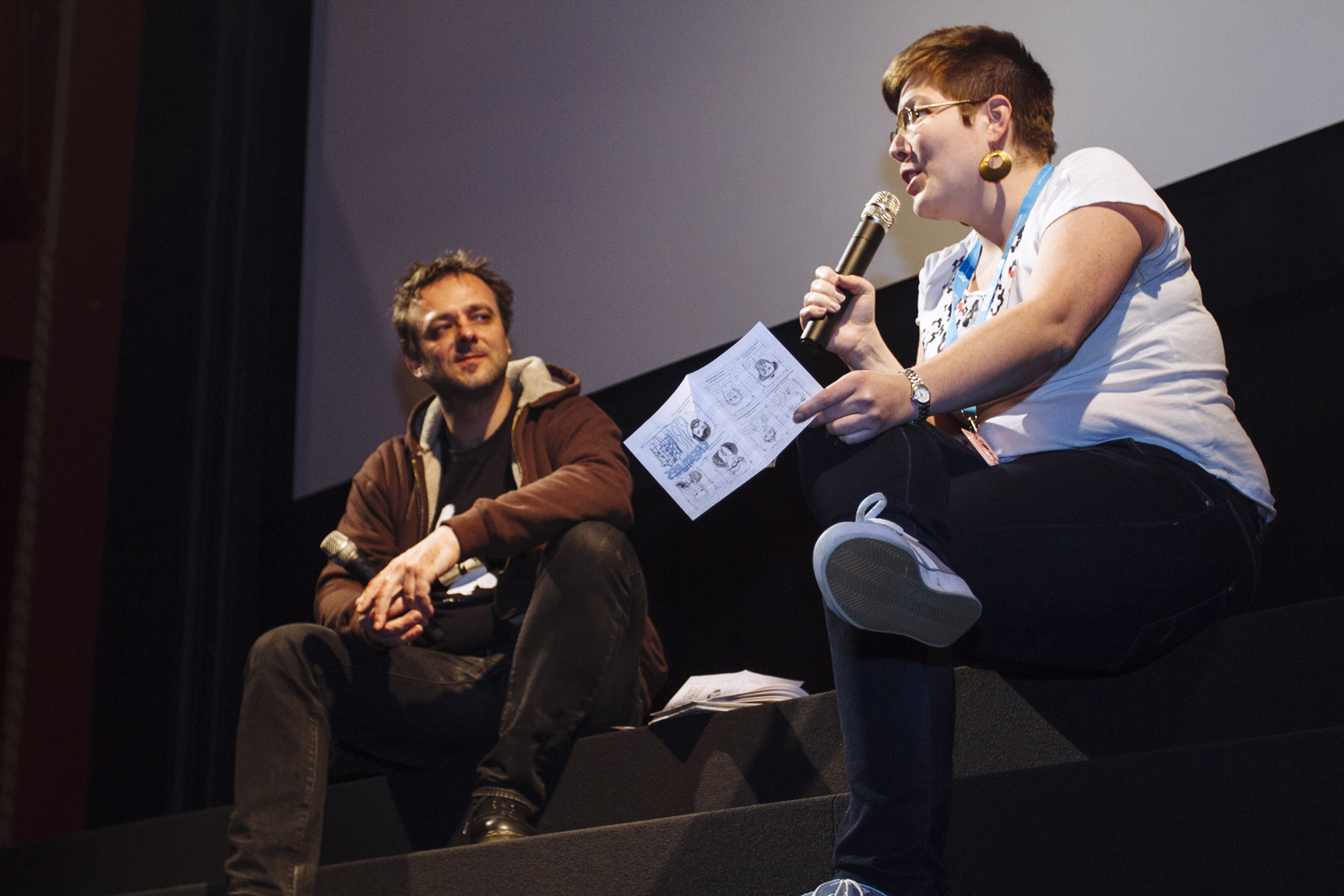 Ever heard of experimental animation? How about Haptic Animation Amplifier? Both of these terms, though fuzzy at best to most residents of South Seattle (including myself), are the subject matter and brainchild, respectively, of Tess Martin. Tess is a self-taught experimental animator, a powerhouse artist who recently started a company that helps experimental animation artists start out, get resources, and make connections with people that could make the difference in their careers.

Tess used to live on Beacon Hill, and made several short films in the area. Her first short film in Seattle took 2.5 years, but then she “fired off 5 or 6 in rapid succession”, as she put it. Before leaving Seattle she was involved with SEAT – Seattle Experimental Animation Team. She recently came back to Seattle from the Netherlands to start her company, Haptic Animation Amplifier – she just did a launch party in the South end.

But let’s back up a bit. When I sat down to interview Tess via Skype, I didn’t know what experimental animation was, how you went about doing it, or where a would-be animator would learn the craft. So, I asked her, and she graciously explained all of the things to me. Experimental animation is (duh) animation that pushes the boundaries of what traditional animation does. Tess herself works with multimedia components, and does primarily short pieces (though her current piece, which we discussed in detail later in the conversation, pushes the boundaries of this a bit).

As for how you go about learning to do experimental animation – well, if you’re someone like Tess, you just go and do it. Tess started her undergraduate education in a fine arts degree, as she was interested initially in doing conceptual installation art. However, when she saw a puppet show, she was blown away with the animation done through puppetry and immediately wanted to focus her fine arts degree on animation. She describes her teachers as “supportive, but… [there was] no real infrastructure” for someone with her interest. So, she said, “I went to the library to read”. And from there, she taught herself how to be an experimental animation artist.

That’s not to say that Tess hasn’t gotten any formal education on her craft. She recently completed her Masters in Animation in the Netherlands (hence the reason why she’s there instead of here), and though she describes her choice to be an artistic animator as “love at first sight”, she’s the first to admit that her education has helped her – especially for the connections she’s established. For, as any artists reading this know all too well, it’s hard to get your foot in the door. Like, really hard. Which is part of the reason why Tess started Haptic Animation Amplifier, which she calls simply “Haptic”.

And these four things, though they may seem simple, are crucial to any artist. Cultural grounding, resources, connections, and exposure are the recipe for success in most artistic professions. Though many people get this exposure through school, as Tess told us, experimental animation education in the US is both limited and expensive. She said, “Cal Arts, RISDE, other expensive schools have programs, but nowhere affordable”. She also suggested that maybe you don’t need schooling – then laughed and said, “Of course, I just got my Masters”. But in some ways, Haptic provides animators with the resources they might accrue through one of these programs at no cost.

So far, she’s done a $5,000 Kickstarter to pay for website, marketing, and the animation database. She also did the launch party, which was as much for friend and resource gathering as it was for fundraising. She outlined the amount of money – and work – that she still needs to make Haptic shine, including finishing the database and eventually offering micro-grants that would cover the Northwest animator residency at Toronto, a travel fund for European festivals, and other opportunities.

And Tess’s own art? I asked her how she balanced her artwork with the needs of a company (as a theater maker who runs two companies I understand this tension a little too well).

She said that she’s looking to do more freelance because she isn’t able to access Seattle grants anymore. Although she is trying to crack the Dutch system, she said it’s challenging. And she did admit that Haptic doesn’t leave her much time to do her own work, but it actually works out because her current project is so big that it needs a great deal of support. She describes this project as “a segmented/anthological/ portemanteau feature”– in other words, a long film made up of chapters. The topic? Neurological disorders. Real patients, case studies, all explored through different animation techniques. Tess described the film as being “primarily in research phase”, but the description alone was enough to get me excited to see where the piece goes!

Since I by this point had determined that Tess was the wisest motherf***** this side of Timbuctoo and would probably have something interesting to say on the matter, I asked her the final doozy of a question I had prepared: What is the future of animation in the Pacific Northwest?

She laughed at this, and said something along the lines of “Wow, deep”. Her answer was equally profound. Though she would like to see a bit more pull from commercial animation, because of the opportunities for freelance work it affords artists, she said that, to be honest, she loves the homespun nature of PNW animation, particularly in Seattle.

No commercial means more DIY films with individual angles, and the lack of a prestigious school “churning out animators”, as she put it, makes the work more experimental because of the lack of infrastructure. In short, she said, she likes where Seattle is going, and though would appreciate more lucrative projects she “wouldn’t want the commercial work to edge out the experimental”. But, she said, “Definitely more grants, more classes, and more support from the government for art in general, and specifically for animation”.

I couldn’t agree with Tess more. So if you’re behind what Haptic is doing for young artists, check ‘em out at www.hapticanimation.com. And check out Tess’s next work – I have every confidence it’s going to be brilliant.

One thought on “Animating Life: The Experimental Brilliance of Tess Martin”