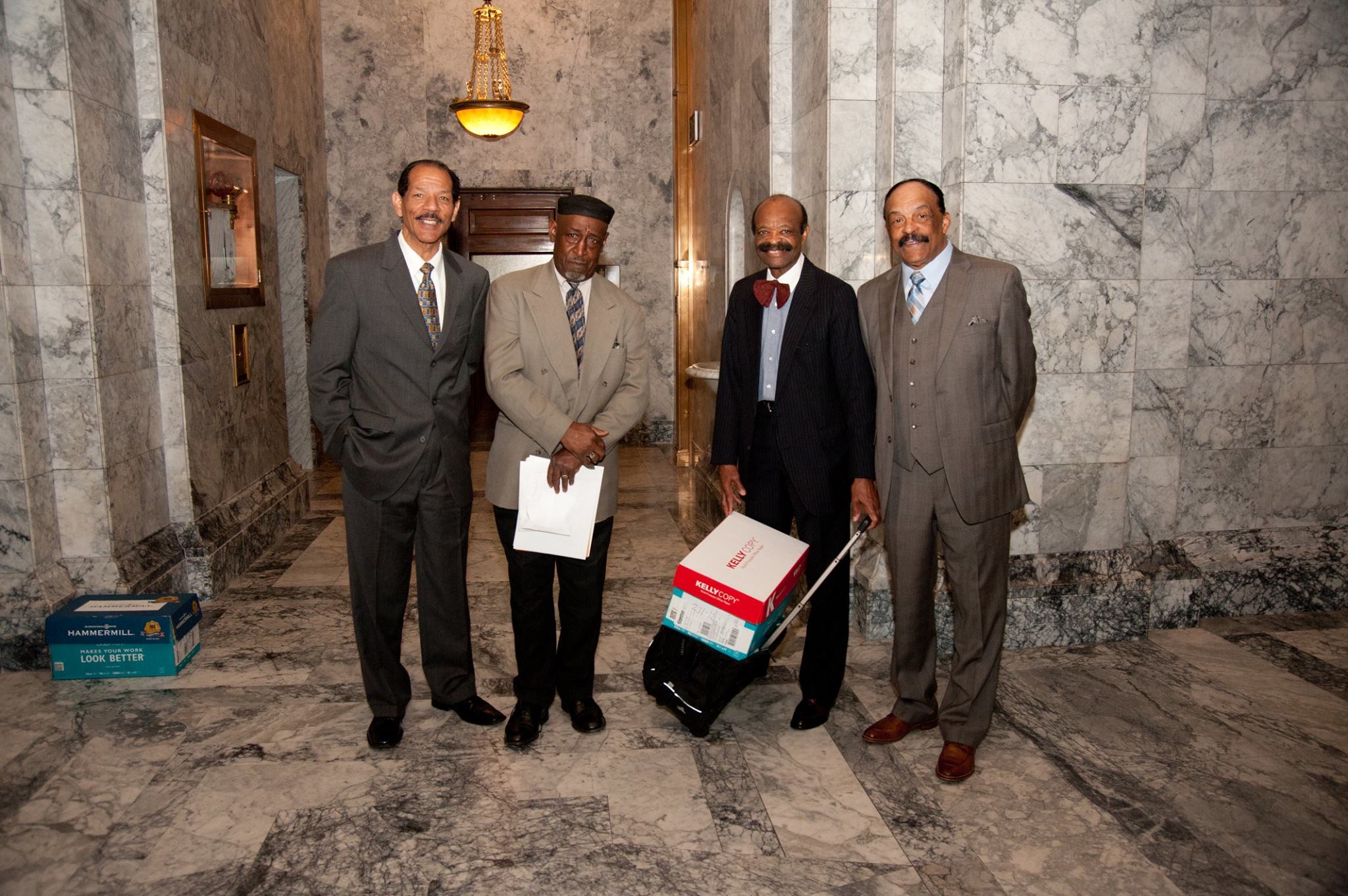 It’s a familiar scene for members of the Civil Rights Coalition: small businesses collapsing, friends and neighbors falling into poverty and the job market providing no way out.

The Coalition, comprised of 30 organizations, has worked together on various civil rights issues for the past 30 to 40 years, according to member Charlie James. And this year, they’re working towards addressing a particularly egregious disparity, first realized at the Washington State Department of Transportation, and taking it statewide.

Six years ago, WSDOT created a disparity study, looking at the contractors it hired from 2009 to 2011. But when recommendations were made to aid the disparity that they found, nothing changed.

One of the recommendations, according to WSDOT’s Communications Director Lars Erickson, was to take women-owned businesses out of the study so as to get a more clear depiction of disparity based on race. WSDOT only recently filed to do that, four years later.

This wasn’t the only recommendation, however.

“They are at various stages of completion or consideration,” said Erickson in an email. “Our OEO [Office of Equal Opportunity] office is working on a comprehensive status update.”

James, Hayward Evans, and Eddie Rye Jr., all members of the Civil Rights Coalition, feel that since this process has been pushed aside until they brought it up, it disregards equality and human rights. They all know about WSDOT’s disparity study, they all know the legislative lingo, and they all want change.

“It’s not what you would call a formalized political action committee or something like that,” James said, “it’s come together in the past six months or so, so that we could deal with this issue.”

The issue being that not enough has been done after the first disparity study in 2011.

“Not only did we talk about the disparity study,” Rye said, “but we also talked about implementing the results of the study two and a half years ago.”

The new statewide disparity study that Rye, Evans and James along with their Civil Rights Coalition are now seeking would be for every Washington state department. They brought the paperwork from the 2011 study to the attention of Governor Jay Inslee to show why this new, larger one needs to happen.

In reaction, Gov. Inslee did something different than the rest of the legislature, according to James. Inslee put together a team to go through the process, a part James said he was really impressed with.

“Even Jay Inslee said, ‘yes I see the problem,’” Evans said. “He’s been fantastic. He’s stepped up to the plate. Most things that we requested he said okay, and the big one was the disparity study.”

The Office of Minority & Women’s Business Enterprises shows Gov. Inslee created a subcabinet. It also has a list of things that need to be fixed: unstandardized data, having no central focus, needing a common language, missing a statewide community of practice and the fact that the number of small and diverse businesses with contracts are low.

Evans himself has been around Seattle prior to the signings of the 1964 Civil Rights Act. He’s a volunteer from the Seattle community, and his family has a military background. He is also on the African American Political Action committee.

“Wait a minute, I’ve been born and raised here,” he said. “My family’s been here since ‘43. We’ve been here to support this country, and it’s turning its back on us.”

The more Evans talks about Washington’s disparity, the more passion and urgency rises in his voice.

He thought of one particularly heart-wrenching moment that really exemplified the issues he, his family and his community have to deal with today.

When his daughter, who is Black, was accepted to the University of Washington, the first thing her roommates asked her when she moved into student housing was, “What sport do you play?”

While that particular incident hits home for him, Evans does see the UW as yet another business entity that denies contracts to small and minority businesses. In particular, he says the UW’s stadium didn’t bring in any diverse contractors. The UW chose Turner Construction and developer Wright Runstad & Company to build a $280 million stadium.

Washington state departments are legally obligated to have these studies, but he believes an enterprise as large as the UW needs to have them done as well. The UW is a public university and has state-employed workers, so in every sense, it too has to adhere to contracting more diverse businesses.

Evans referenced a 2005 court decision by the Ninth Circuit Court of Appeals in Western States Paving v Washington State DOT. In it, it was ruled that the federal Disadvantaged Business Enterprise program was constitutional, but WSDOT’s implementation of it was not. To fix this, the United States Department of Transportation said WSDOT should do an availability and disparity study.

Furthermore, the 11th Circuit already verified in 1994 that these studies constitute a part of affirmative action.

“You’re going to pass a law but not enforce it,” Evans said, “then it becomes a culture, it becomes institutionalized, and it becomes an unwritten policy.”

Currently, on the new Washington Results page created by the legislature, the quality of life tab under prosperous economy says one of the goals are to “increase state agency and educational institution utilization of state-certified small businesses in public works and other contracting and procurement by 2017.” It lists increasing minority-owned business contracts by 10 percent, women-owned businesses by six and veteran-owned businesses by five.

But the Washington legislature budgets haven’t given any money to the Office of Minority & Women’s Business Enterprises in the past fifteen years except for one time in 2005-2007, giving $27,000.

Since WSDOT previously didn’t adhere to recommendations made after their disparity study in a timely manner, there is concern within the Civil Rights Coalition that the statewide study will yield no change in the departments either.

“We’ll be a little bit more assertive and aggressive,” Rye said. “We’ll also try to engage our local elected officials, but a lot of times, there’s just a lot of different things: labor, immigrants. A small Black population gets prioritized out of that attention, so we have to go get the attention that we need to deal with our issues.”

Rye may have some experience in this, but James does as well. He’s spent most of his life as an organizer in the African American community. During the Civil Rights era, James was part of the Black Student Union at his high school and at the UW.

“We aren’t just sitting around twiddling our thumbs saying we hope something happens,” he said.

The statewide disparity study will get started in January 2016. The governor estimated that the study will take approximately a year to accomplish, according to James.

“Right now, it’s about economic justice, and it’s about the system out here,” Evans said. “It’s almost like economic apartheid.”

Kelsey Hamlin is a freelance reporter, a UW, Seattle student, and the Vice President for the UW’s Society of Professional Journalists. Reach her on Twitter at @ItsKelseyHamlin or email her at hamlik@uw.edu.