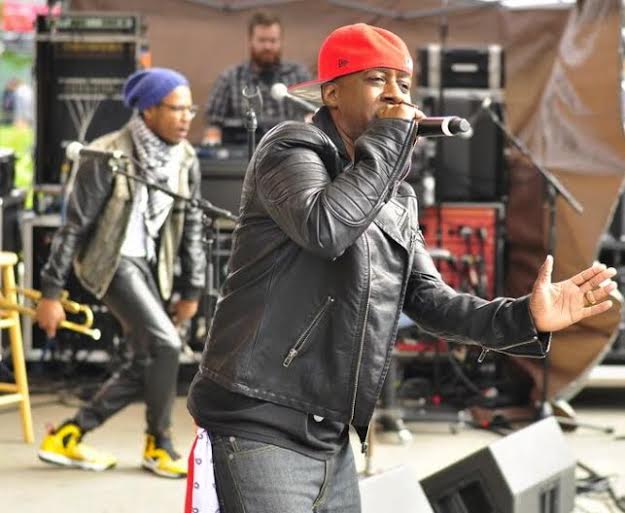 If you haven’t gotten your sugar fix yet, you have a few more days to purchase a “Seattle Sweeties” cupcake from Cupcake Royale. With your purchase of any of the six new flavors, Choco-latte, Vanilla Dream, Chai Cinnamon, Caramel Delight, Lemon Cherry Blosson, and Banana Cream, a portion of the proceeds will go to Runway to Freedom.

Founded five years ago by Lauren Grinnell, Runway to Freedom is an annual fundraiser to support local domestic violence programs through a fashion show and live auction. This year’s recipient is Mary’s Place, a shelter that supports women and children who are homeless to connect with the resources they need.

“It opens your eyes when you find out that over 80% of the women at Mary’s Place are affected by domestic violence,” said local hip-hop artist Draze who coined the term “Seattle Sweetie”. “And then when you hear the stories and its kind of like man you can’t even believe that this type of stuff is happening in this generation that people are treating other people like this. It’s horrific. And that’s kind of how the relationship got started.”

When Draze first approached Cupcake Royale with his idea, he didn’t know what to expect. “I shot over an email and said hey I have this song and I have this idea I’d love to run it by you guys and see what you thought and it was met with a ‘yeah!’ It sounds very interesting. Lets get together and talk more about this.”

The song “Seattle Sweeties” evolved out of conversation with friends about what makes the women in Seattle different from their diversity to their style, attitude, authenticity and lifestyle choices. “It starts with the song first. I just wanted to create something that was kind of a salute to the women of the northwest.” His salute inspired the line of cupcakes and engaged a new demographic of people looking support a good cause.

“Hip hop is supporting this movement like no other,” said Draze. “ Some of the top writers and producers and singers, everyone is going to Cupcake Royale and buying cupcakes so for me it makes me proud in particular to see my community stepping up and saying hey number 1 that domestic violence is not okay and number 2 that we’re going to get behind this not just with words but with actions.”

Not everyone has been as receptive. Most people love cupcakes and it is easy to want to support survivors of domestic violence to start new lives, but hip-hop adds a controversial dimension. Draze is no stranger to controversy. A year and a half ago he released his single “The Hood Ain’t the Same”, a song that tells the story of the gentrification in the Central District. Draze’s approach to the topic was nuanced, honest, and captured that moment in time in a way that honored the past and raised serious concerns for the future. “Seattle Sweeties” is completely different.

“This song was supposed to be a little lighter, to be fun. Not every song I make is going to have the depth of the Hood Ain’t the Same,” said Draze when asked why his salute to Seattle women seemed to lack depth and be out of alignment with his goal of supporting domestic violence survivors.

A recent critique in the Stranger called Draze to task for his questionable lyrics. “What’s interesting about that is the Stranger totally misquoted me. In my lyrics I say to the woman I say ‘I’m trying to pick your brain, not slide between your thighs.’ They quoted me as saying ‘I’m trying to pick your brain and slide between your thighs.’ And so that difference one is a huge world between those words, there is a canyon between those concepts,” said Draze. “In my opinion that difference is exactly the difference between my music and what you tend to get in popular hip hop.”

Draze framed his dilemma in simple terms. “So often in hip hop you’re either Common or you’re Drake. I actually like both of those guys and I have a balance. I do like some of the stuff that Common puts out, I love it. I also like some of the stuff that Drake puts out and I want to make music that is reflective of my entire experience rather than just one side of it.”

The controversy itself poses several different questions. Are there really only two kinds of hip-hop, conscious and unconscious? Do you have to be perfect to do something good? Can we as a community meet each other where we are without having to judge or agree?

“Lets just say overall based on what is popularized by media, that type of hip-hop. Let’s just say that hip-hop is speaking to women at about a 3 right now. We’re trying to get to a 10, but we’re at 3 meaning we’re not doing very well. For me, it’s going to be very hard to shift us from 3 to 10.”

Draze, who is studying for his Master’s Degree in Psychology, is positioning himself as a subtle change agent in the field of hip hop. “When you’re talking about changing behavior people don’t change behavior from a 3 to a 10, they walk to 4 then 5 then 6 then 7,” he said. “To make a song that goes from 3 to a 10 because that’s what everyone wants, because it’s the goal, it’s probably not going to do to very well in psyche in terms of shifting what we think.”

Draze’s next step is to partner with Crisis Northwest to put out a line of Seattle Sweeties T-shirts. He is also interested in putting together a camp for girls called Mind, Body and Soul to foster self-respect.

“I stand by the meaning of my song. I think Cupcake Royale stands by the meaning of this movement,” said Draze. “Now we’re moving thousands of cupcakes and the resources are going to get into the hands of the right people so I can feel good about that.”