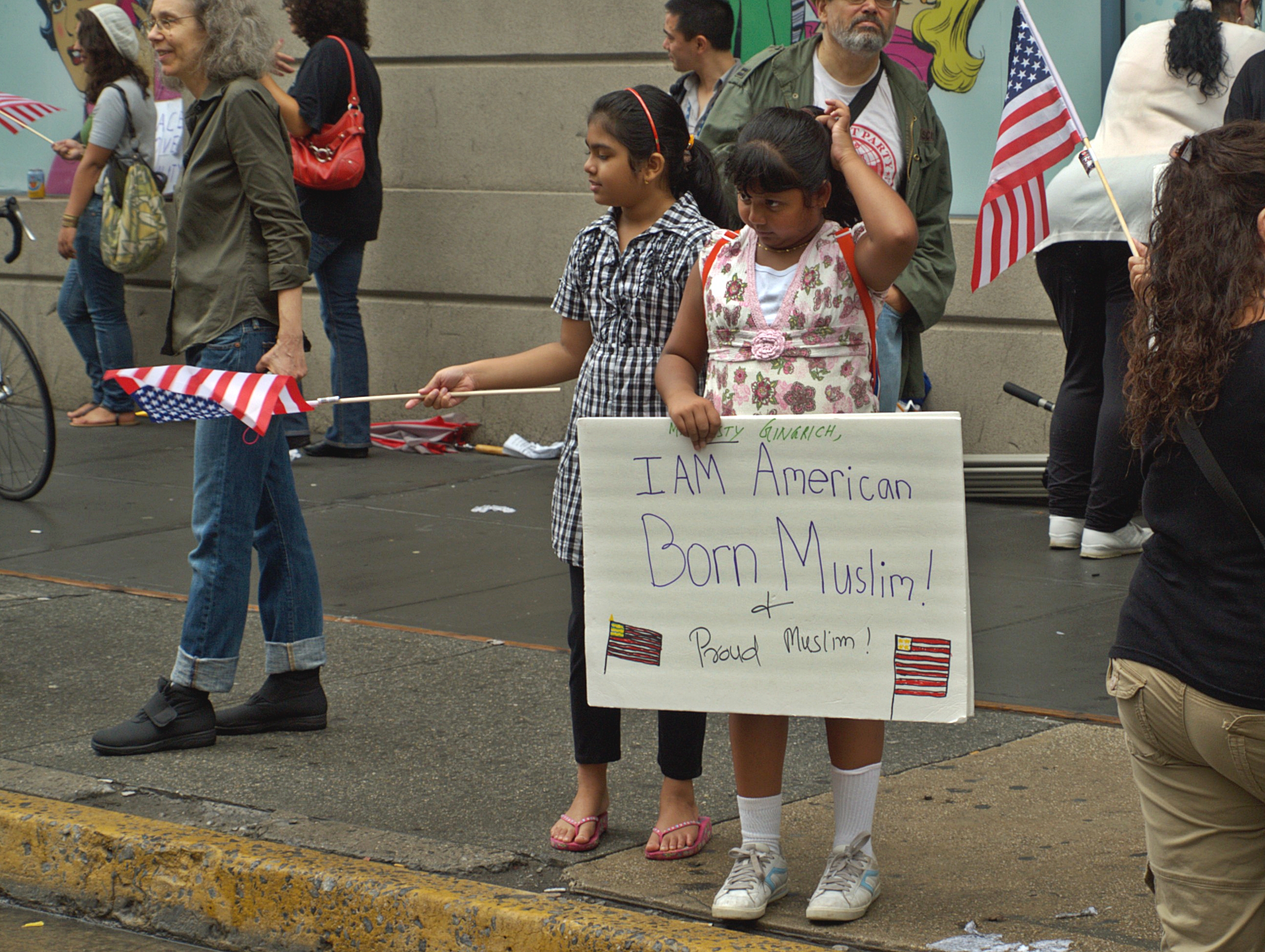 Let me introduce myself. I’m America.  America: because if there’s any a place, in this planet that I would lay down my life for, it is, (and only is) these United States of America.  For America educated, clothed, fed and made what I, today, represent.  I’m also an American—by choice.  Meaning, unlike any natural born American (US) citizen, I made the conscious choice to become an American—citizen.  Very few things do I recall as I do the day I naturalized.  It was a day intended, a day wished and a day cherished.  Now! Years later, I speak, I think, drink, eat, play, dream and humor American.  But I also hold Islam as my religious preference. And per my religious requirement, I fast, pray and go to the Mosque. This, the oldest Constitution on the planet guarantees me I can.

Yet, every time I hear of a terror attack, imagined, real or foiled, I pray: “Please don’t let this too be a story about a Muslim culprit.”  My prayers, as they are, fail me.  I hurt.  My pain, visceral, caused rather by identity overlap— Islam and America compounded and coupled.

With the paining truth of yet another Terrorist attack in San Bernardino, I weep.  For these culprits unlike the ‘Tucson gun man’ who shot congresswoman Gifford or the ‘theater gun man’ who killed 12 and injured dozens, or the ‘Sandy Hook gunman’ who murdered 26 people, including 20 children, or the racist who entered, sat-in and then slaughtered innocent worshipers at a church in Charleston, these killers happen to be Muslims. And therefore, skip the psychosomatic purview into the nihilistic ‘other,’ who is part of a whole ‘other’ purview.

Take for example the discourse around Hilary Clinton’s refusal to use the term “radical Islam” to reference those who in the name of Islam are ravaging havoc around the world. Though she explained her position by noting that doing so “sounds like we are declaring war against a religion,” various media outlets keep pestering her with the same question. Implying her answer falls short of expectations of trending views—that the actions of few Muslim criminals must damn all Muslims. A trend hailed even by preachers—who urge people to arm themselves to kill Muslims or of presidential candidates—advocating the banishing of Muslims.

Although the media’s persistence to have Clinton paint all Muslims as part of conspiratorial and ecumenical agenda is aimed at distancing everything Western from the prefix (radical), it really does not. To the contrary it reveals more of the dumbing down of journalism and betrayal of Western political history. The term—radical, is as Western as the word republic— that innovation that is representative governance.

After the French revolution birthed the term—by razing havoc within and without French, it gained traction and an American context during the Reconstruction. While the French version was violent, costing almost some 17,000 lives, including the Monarch and his family, its American usage appealed to this land’s political intelligentsia’s drive to seek socio-political change. Nonetheless, both were philosophical productions of modernity.

The irony is that it was the Republicans, those great Americans with insight and humanity, those men who, to uplift the lives of neglected countrymen—slaves, found appeal in the ‘radical.’ Radical Republicans so they were called.

Should Hilary Clinton give-in and call murderers who profess Islam, in their militant experimentation, radicals? Are these terrorists really to be equated with and elevated to the levels of those who, in the American context, worked within the system to bring about a political outcome? Are these terrorist to be equated with ‘Radical Republicans’ of the Reconstruction era? Or with civil rights leaders, of the likes of Martin Luther King Jr.—the radical?

‘Radical’ does not befit these murders. Not because the term lacks the expressive fervor to pejoratively connote, but rather because in its connotation it (the term radical) may as well brand misfits as rational actors in what the German philosopher Jürgen Habermas called the ‘life-world’— that society can be conceived from the perspective of acting subjects. And since this—to be received as legitimate actors—is their aim, to call jihadist ‘radical Muslims’ enfranchises them, while simultaneously disenfranchising the majority of the world’s Muslims. Even more profound, used in the manner it’s being peddled by the mainstream media, the term strips me and millions like me, of our base—for me, the only place I call home—America.

Unless the aim is to offer us a myopic and orphaned version of history (and a world view), with intention of aiding the various versions of twisted jihadi ideologies by defaming, isolating, alienating and disenfranchising the majority of Muslims, the use of the term, in reference to misfits, must be resisted.

It should be reserved for the likes of Martin Luther King or Congresswoman Jeanette Rankin: the first woman to serve in the United States Congress and the only one to vote against entering World Wars One and Two. One can only imagine the bravado and guts held by anyone, let alone a woman to stand amongst hundreds of powerful men and tell them, all, that they are wrong. Now, that was a radical. That was an American ‘radical’ woman.

While Hilary Clinton’s fear, that the use of ‘radical Islam’ may unnecessarily paint all those who share the Islamic faith as part and parcel of murderous gangs terrorizing both the East and the West is well founded, it nonetheless conceals the term’s autochthony. For the radical, even when violent, in the Anglo-French, and Anglo-American traditions operated within modernity’s paradigm to affect social and political change. Jihadi peddlers and their religious misfits are no radicals.

Fathi Karshie is a certified mediator in the Seattle area, where he’s lived most of his life, enjoying the diversity it offers. Karshie holds a Masters Degree in US law.