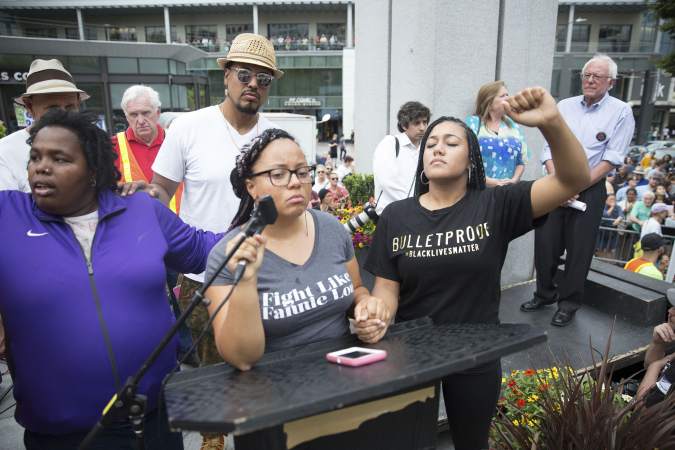 The only time Marissa Janae Johnson ever doubted the interruption heard ’round the world came not long after she left a crowd of irate and disappointed Bernie Sanders supporters in a fury at downtown’s Westlake Park.

She was walking from the stage when she received a text from Deray McKesson, a leading figure in the Black Lives Matter movement. It read: “This was a bad look. I can fix it . . . ”

Read the entire article at the Seattle Weekly