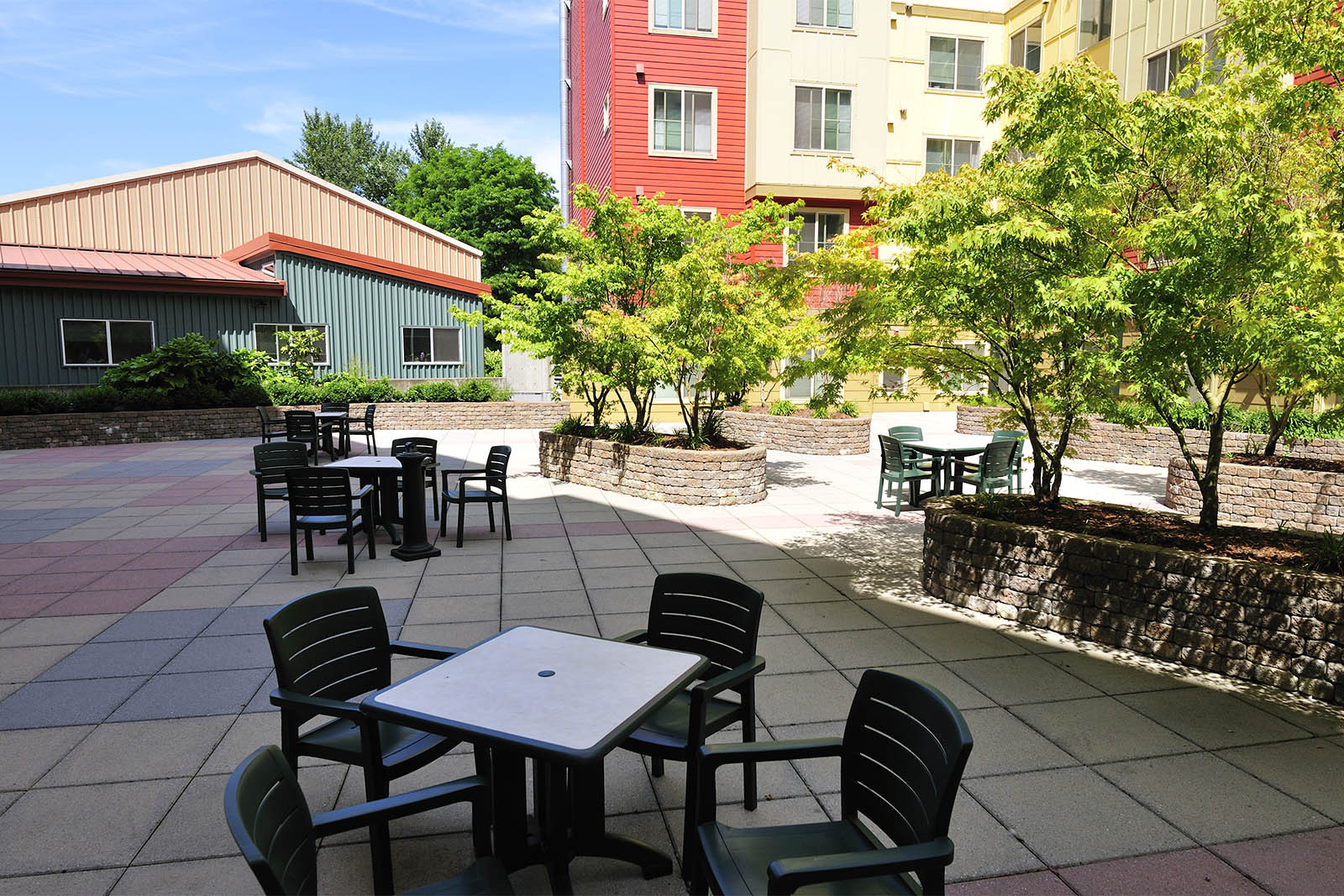 SouthEast Effective Development (SEED) requests the public’s review of the alternative cleanup actions being considered for the Rainier Court Phase IV site, located between 34th and 35th Avenues South and adjacent to South Spokane Street, in the Mt. Baker neighborhood. Much of these sites were formerly in industrial use and used as an unregulated landfill in the 1930’s and 1940’s. Due to possible levels of contamination, the sites were included in the King County Brownfields Showcase in 2001 and the U. S. Environmental Protection Agency (EPA) has undertaken substantial environmental testing. SEED’s consultant, GeoEngineers, has conducted additional analysis of the data, including groundwater sampling. These studies have found landfill debris (glass, bricks, domestic garbage, charred debris, etc.) beneath the site at .5-10 feet deep.

The likely remedial action will be a combination of excavation and off-site disposal of contaminated soil and on-site capping and long term monitoring of remaining contamination.

The site was used as an undocumented landfill in the 1930’s and 40’s. Detailed data on the contamination has been collected and SEED already cleaned two adjacent sites for the earlier phases of the Rainier Court Project. The Final Cleanup Plan, including the preferred cleanup method will be submitted to the State Department of Ecology (ECY), which regulates cleanup activities, for approval in early 2016.

SEED successfully cleaned up three previous sites with similar characteristics for the Courtland, the Dakota and Columbia Garden buildings under the State of Washington Department of Ecology’s Voluntary Cleanup Program (VCP). The State establishes levels on soil contamination that are safe for humans and the soils and groundwater must be cleaned to that level. The clean up alone for those three projects exceeded $2.5 million. To partially offset this expense, SEED received grants from USEPA ($600,000 in value). We are in the process of applying for a Brownfield Revolving Loan and grant for Phase IV.

Like Phase III, Columbia Gardens at Rainier Court, Phase IV will provide affordable senior housing. It will include 78 apartment units and 20 townhomes for a total of 98 rental housing units for low- to moderate-income elderly individuals and households. These are people 61 years or older with annual incomes of approximately $19,000-$42,000.

SEED is presenting this information to community groups and requesting input on concerns about the cleanup approach or activity. Presentations include: Mt. Baker Community Club, Feb.1st; Genesee Merchants Association, Feb. 17th and SEDC, Jan. 27th. Information on this project and the cleanup activity are posted on SEED’s website at www.seedseattle.org. The public comment period will begin February 1, 2016 and continue until March 2, 2016. Information on the site and fact sheets are available at SEED’s offices at 5117 Rainier Avenue South, Seattle, Wash. 98118. Comments may be mailed to that address or by email to kcalander@seedseattle.org.

As with the other phases of the Rainier Court project, this is an environmentally contaminated site and extensive environmental remediation will be needed.

In 2005, SEED received the national Phoenix award from EPA Region X of the Rainier Court project. This award acknowledges the contribution made to reducing environmental hazards and reclaiming contaminated land for productive use.

Much of the site was formerly in industrial use and was an unregulated landfill in the 1930’s and 1940’s. Due to possible levels of contamination, it was included in the King County Brownfields Showcase project. As a result, the U. S. Environmental Protection Agency (EPA) has undertaken substantial environmental testing. SEED’s consultant, GeoEngineers, has conducted additional analysis of the data, including groundwater sampling. These studies have found landfill debris (glass, bricks, domestic garbage, charred debris, etc.) beneath the site at .5-10 feet deep. Abandoned fuel tanks are buried on several of the parcels and apparent leaks have occurred.

The conclusions of these studies are that MTCA (State) regulated levels of soil contamination levels are exceeded on portions of the site and that it must be cleaned to State prescribed levels for residential use before the project is constructed. There is also a possibility of groundwater, at a depth of 8-9 feet, contaminated by metals. None of the contamination found to date can be construed as being an immediate threat to public health or the environment. Petroleum is the contaminant of most concern because it is the most pervasive and shows the greatest range in concentrations. Most of the petroleum is heavy oil and not likely to migrate readily.

Copies of these studies are available for public inspection at the SEED office (5117 Rainier Avenue South). SEED will also continue to inform interested parties about the clean up during the course of construction.

On June 13, 2001, SEED entered the State’s Voluntary Cleanup Program for the entire Rainier Court site, including the IV site. SEED’s consultants GeoEngineers will prepare a Cleanup Action Plan (CAP) for Phase IV, outlining alternatives for remediating the contamination. DOE will review and comment on the approach and once a final CAP is approved, site clean up can begin.

Likely alternative clean up approaches will include: