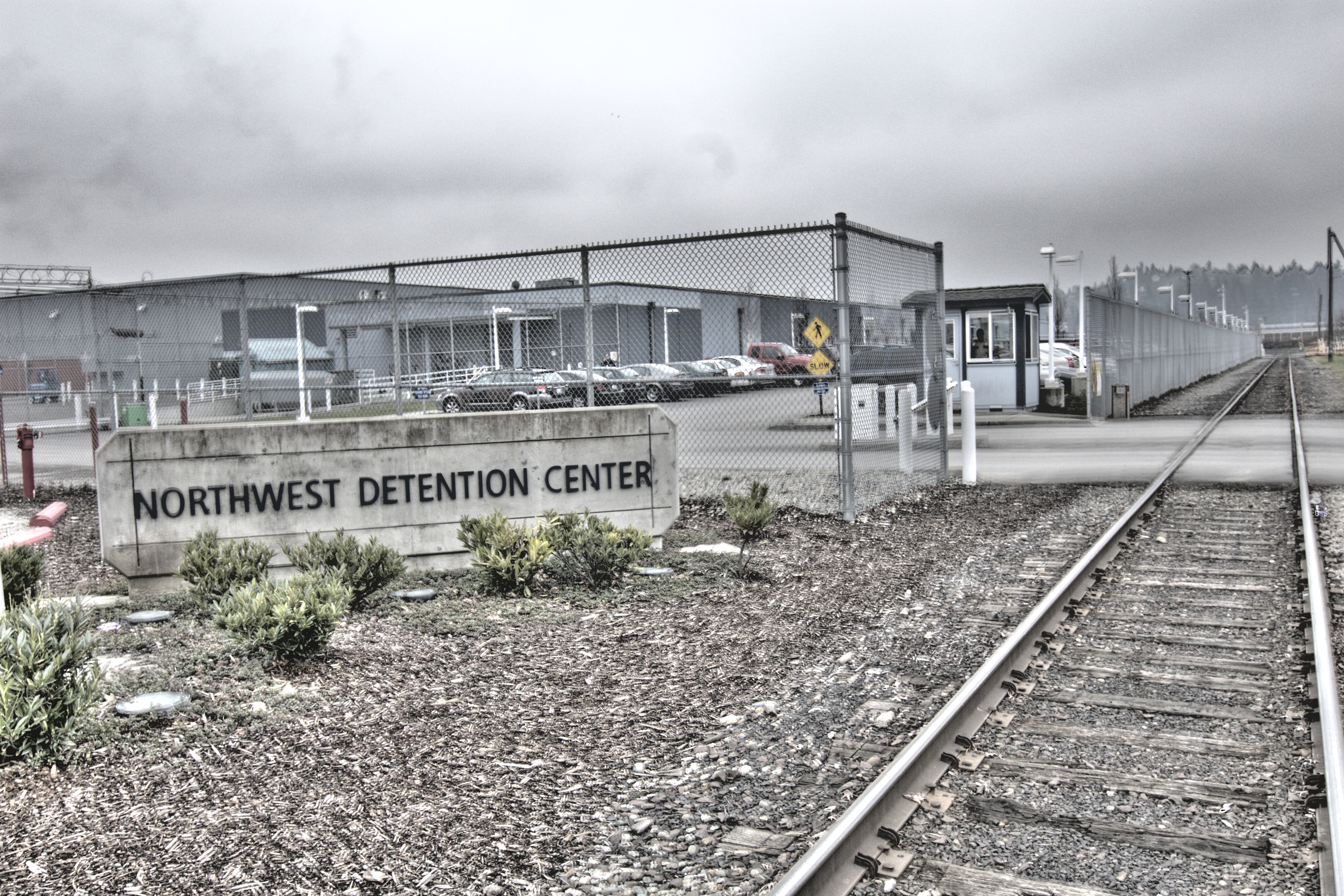 On Jan. 19 the U.S. Supreme court agreed to hear a lawsuit brought by 26 states seeking to overturn President Obama’s 2014 executive order that would allow up to 5 million immigrants to gain work permits without fear of raids, incarceration and deportation. The order is currently suspended as a federal judge reviews its constitutionality.

Conservatives argue the president has overstepped his boundaries with an unlawful use of power while liberals argue that the executive order is not enough to solve the immigration problem.

Here in Washington, the Port of Tacoma is home to the Northwest Detention Center (NWDC), which houses up to 1,575 inmates transferred from southern border regions to await trial. The number of activists, faith-based groups, and human-rights advocates protesting and organizing around current immigration and detention continues.

But the question remains: Who are we deporting and why?

The majority of immigrants detained in private prisons for violations are of Mexican, Asian, and Central-American descent.  And according to the Journal on Migration and Human Security, the population of undocumented immigrants fell below 11 million , dropping by over 1 million between  2008 and 2014.

Contrary to a popular notion that masses of violent criminals flock to the United States  from Central America and Mexico, the undocumented population has been on the decline for more than five years and the nearly 90 percent are non-violent offenders.

A 2012 analysis of a point-in-time study, conducted by the same journal  showed that less than 10 percent of detainees being detained had committed violent crimes. Most were charged with traffic and immigration violations.

These civil detainees have few legal protections and they are not entitled to an attorney at government expense.

Approximately 90 percent of them move forward in their cases unrepresented, according to NWDC Resistance. NWDCR is a group of activists that advocates for the abolishment of all immigrant arrests, detentions and deportations.

Detainees can be tried and deported after only a few weeks, or be detained for several years while they await the outcome of deportation proceedings.

On Jan. 16, members of several different organizations came together outside the detention center to offer food, drink and educational information to families visiting detainees. Warm-hearted smiles and peaceful offerings created an atmosphere of hope outside an otherwise cold and uninviting facility.

“There’s a number of different circumstances and reasons why detainees are here and they need support and they need justice,” said Pat Bader, member with Advocates for Immigrants in Detention Northwest. AIDNW is a non-profit agency dedicated to serving families and detained immigrants housed in the Tacoma Detention Center.

Bader describes many of the people detained are described as hard working, middle-aged men.

“I know a lot of immigrants here, some documented some undocumented. I know the work they do and how hard they try to make a living for themselves and because of some situation they end up in here,” Bader said. “There’s better ways of handling these issues than putting them in prison.”

Melissa Yager, Catholic Workers Tacoma, is involved with transitional housing for recently released immigrants. When the men are incarcerated and deported, she said, their families are disjointed, often leaving children in a single-parent environment and sometimes at a higher risk for poverty, substance abuse and criminal activity.

Beginning in January, the Department of Homeland security increased raids specifically targeting Central-American women and children. The actions have caused outrage and fear in Hispanic communities.

In a January press statement, Secretary Jeh Johnson said, “This should come as no surprise. I have said publicly for months that individuals who constitute enforcement priorities, including families and unaccompanied children, will be removed.” 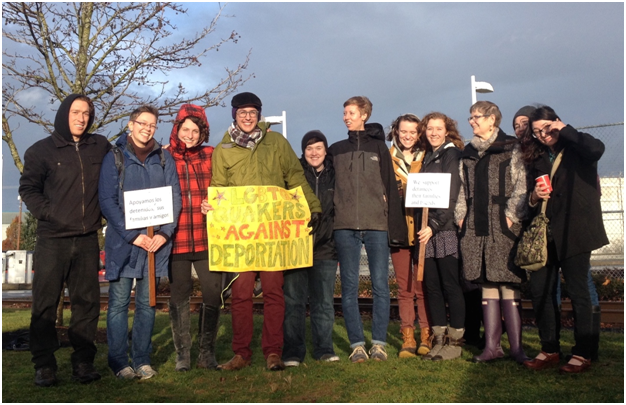 Rob Dubinski of the LGBTQ Quakers, also known as Friends,  challenges the idea that incarcerating those referred to as “illegal” makes the world a safer place. He said creating a massive prison system that profits off the country’s most marginalized inhabitants is exploitative and immoral.

In 2012, a Center for Migration Studies of New York (CMS) report showed 67 percent of all immigrant detainees were held in facilities owned and/or administered by for-profit prison corporations. GEO is the corporation who owns the Northwest Detention Center. They operate privately under contract with ICE to manage facilities.

“The entire prison system from top to bottom is corrupt and oppressive and destroying our society,” Dubinski says, “This Northwest Detention Center represents a particularly disturbing manifestation of the prison industrial complex.”

Prison abolitionists, his group of Friends advocate for the fair treatment of all people, including those detained at the NWDC.

“Fundamentally, taking somebody and putting them behind barbed wire and prison fences is doing a really intense form of violence to that person by separating them from their family and treating them like an animal or an object,” said Jed Walsh, also with the Friends group.

Highlighting the power of all people coming together, Walsh spoke of uniting with established immigration and anti-deportation activists.

Maru Mora Villalpando,  CEO of Latino Advocacy, describes how faith-based groups, such as the Quakers and Catholic Workers, will help organize and mobilize anti-deportation efforts.

“It’s critical having their support to expand the number of people committed to ending detentions and deportations,” Villalpando said, “Groups chose their role and we follow up with them to continue the work and the relationship amongst all of us.”