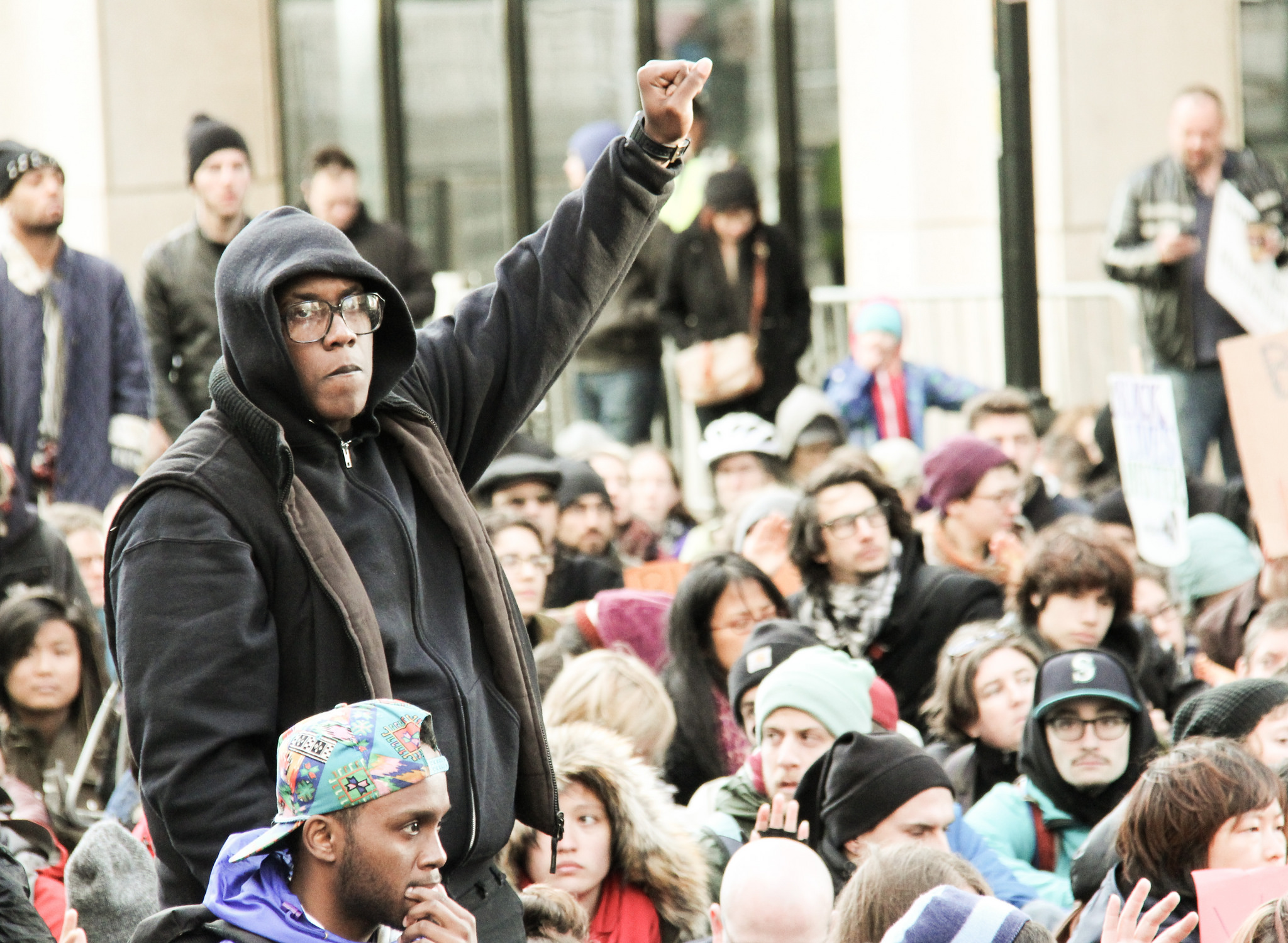 (originally published on Crosscut and reprinted with permission)

Arguably the most ambitious declaration in Mayor Ed Murray’s 2016 State of the City address is a revision of a longstanding goal of his. “Today,” he said, “I am announcing that we will add 100 additional [police] officers to my original goal, for an overall goal of 200 net new officers.”

The announcement was the exclamation point on a speech that, as all political addresses are wont to do, balanced self-congratulation with sweeping proclamations.

Murray focused on talk of an equal and affordable city. He lingered the longest on issues of race, housing and homelessness, the issues that to this point have most dictated the direction of his first term and will likely define his tenure at City Hall.

This year’s address was longer than in past years, but the end of 2015 and beginning of 2016 have felt somehow deserving of a longer speech. Longstanding questions of affordability, police reform, the economic divide and others have been met with an especially feverish conversation about what to do with Seattle’s homeless.

These are the issues of a growing and, on paper, successful city. We are often reminded that this is much preferable to the alternative and Murray did just that Tuesday. Quoting author Enrico Moretti, he said, “Seattle has completely transformed itself from a decaying old-economy provincial town into one of the world’s preeminent innovation hubs.” Murray went on to celebrate the city’s high median income, the huge number of college graduates, the exploding workforce and low unemployment.

But the boom of Seattle came so hard and fast on the heels a recession that the city was caught on its heels. The results seem to include a homeless population that’s grown significantly over the last two years, a vanishing middle class, large scale displacement of minority populations and a police department stretched beyond its capacity.

For Murray, the cornerstone efforts to mitigate the economic splintering in Seattle is the march to a $15 minimum wage and his plan for universal kindergarten. “Our city’s minimum wage has increased to $13 per hour and … the Seattle Preschool Program opened its first classrooms to more than 250 three- and four-year olds,” he said.
Get More Articles Like This

Murray has put a lot of eggs into his Housing Affordability and Livability Agenda, a bundle of 55 recommendations to increase access to housing. The broad theory is that more housing and tweaks to zoning, supplemented with privately or publicly funded affordable housing, will create more fluidity in our geography, thereby creating space for more economic and racial diversity. But in similar fashion to President Obama’s fight against a piece-by-piece repeal of Obamacare, Murray has faced backlash. He spent extensive time on Tuesday, therefore, not unveiling new proposals, but extolling the virtues of the ones already on the table.

Murray has also placed great emphasis on young people in bridging racial and economic divides, as seen in his belief in the pre-K program. On Tuesday, he announced he was going to work to double the Youth Employment Initiative, which targets minority youth, to 4,000 participants. He also reminded listeners of money money received through a Bloomberg grant to do more outreach to African American and East African youth in the city.

In the middle of all this growth and change is the Seattle Police Department. Depending on where you go and who you ask, it is either celebrated as an answer or bemoaned. For many of the youth and minority groups Murray speaks of, they represent an oppressor. But at the same time, the department is generally believed to be understaffed, a sore spot for those who feel they should respond more quickly to lower priority crimes.
Our Sponsors
4 Culture

Dating back to the campaign trail, Murray has painted himself as the mayor of public safety — the leader who would work through the federally mandated reforms under a consent decree. One question is how to increase the police force while staying in good standing with the skeptics.

To bring the force up by 200 officers by 2019, the city will need to add $15 million a year to the Seattle Police Department budget. Murray paired his new goal of hiring 200 officers by 2019 (assuming he’s re-elected) with an announcement from the federal monitor overseeing reforms that the department was in compliance with its crisis intervention requirements. Regardless, there are a lot of advocates in Seattle, many of them the very people distrustful of the police department, who would love to have $15 million a year. Finding that money would take either cuts elsewhere – something Murray has resisted in the face of calls for more homelessness funding – or a new revenue source. Murray spokesperson Viet Shelton said after the speech that a more detailed proposal will be coming down the pike.

Details about how the city can overcome the challenges of hiring 200 officers — such as getting enough recruits through training — are sparse. Further, the city is still waiting on an audit that could say the department needs to grow by even more than 200. Shelton said that could change the mayor’s calculus.

Among other things, Murray also announced the City would start publishing wage data as a response to a gender pay gap. He also touched on better deployment of data, conscription of private businesses into supporting young people, and an education summit.

But the thrust was just as one would expect, a similar conversation playing out across the country. Seattle is growing and it’s leaving people behind.