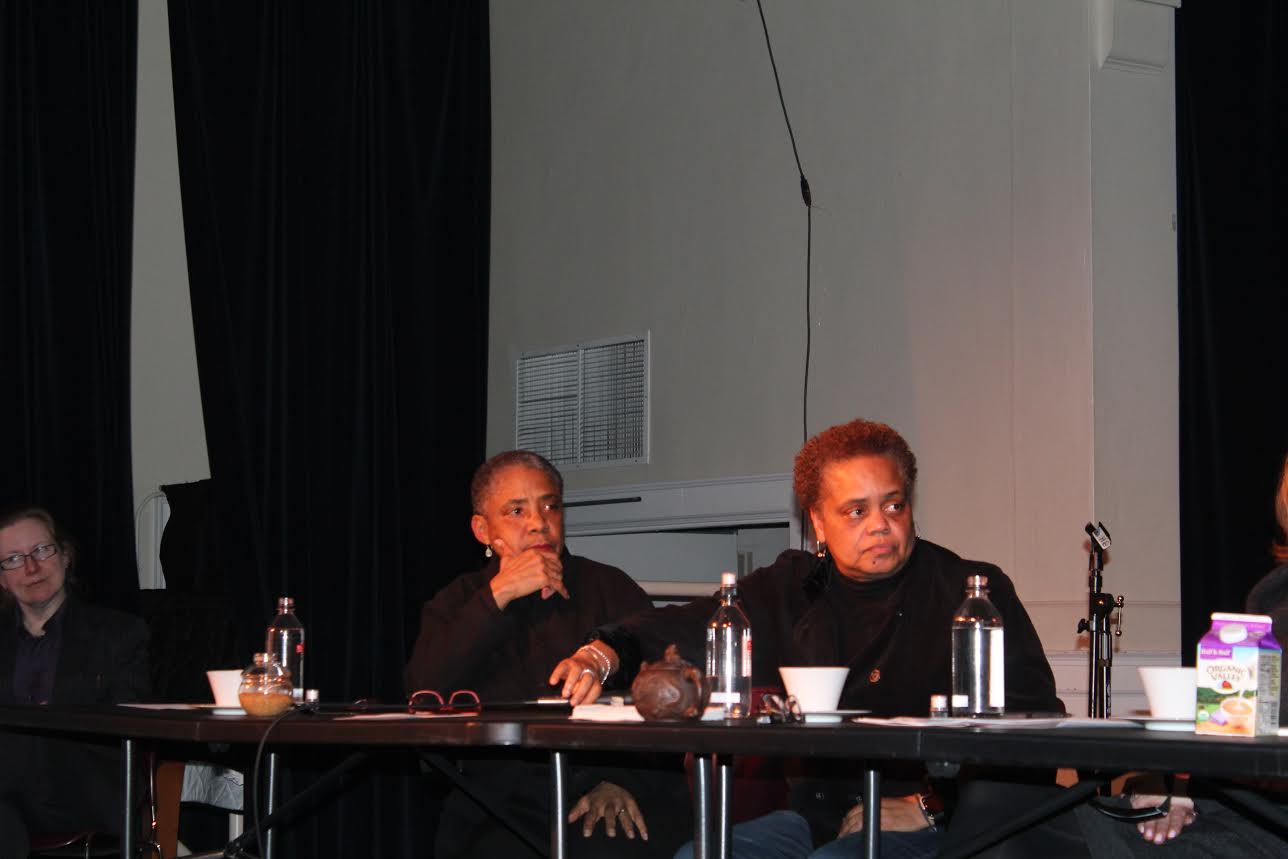 Issues of race and equity have impacted every facet of society and discussions surrounding the issue of race are taking place in the artistic community where longstanding issues of underrepresentation brought the community together for a panel discussion on race in the arts.

The evening began with a round of questions but the one that stood out was the question of whether black artists and art is in fact invisible? The panel was based on the assumption that black artists in America are virtually invisible, underrepresented and under acknowledged.

Panelists shared their experiences in the art community and some of the most difficult challenges they’ve faced.

One important issue they addressed was that black artists are not entirely invisible, but “tokenized”, looking to one particularly well known black artist at any given time as the solution to the problem of invisibility is problematic as well.

“You walk up to anyone who is a visual artist and say that we are invisible and they say look at Kehinde Wiley, he’s on exihibit at SAM right now,” said Thomas, “How can you be invisible?”

This misrepresentation comes with context. Focusing on a single black artist in lieu of the plethora of non-black artists on display at the SAM throughout the rest of the year spoke to the “invisibility” at the heart of the evening. Latching onto one artist to be representational of all black artists is not enough.

Another important issue that was discussed throughout the night was the challenges that come with the artist community’s relationships with the donor class. It is an important intersection of cultures as many performing art companies get a large part of their funding from returning donors. This can create barriers for black artists when issues of race are still not fully understood or respected.

“One of the difficult things for me with the donor class, it how incredibly difficult it is to be gracious when they say things to you that are racist,” said Newton, When you are involved in an art form that relies heavily on the donor class you spend a lot of time with people who live in their entitlement.”

For the artists on the panel the process of radicalization has been a key component of their personal and professional growth and transformation over the years. The issue of invisibility has persisted far too long in the artistic community and for the artists behind the scenes, finding their voice has been the catalyst in creating the change the industry has needed.

Bryd went on to explain that one of the purposes of Spectrum’s #RACEish season is designed to “disrupt the conversations around race” and that the best way to do that is begin speaking very directly about race. Through this directness a more honest conversation can be had that while it will inevitably cause some discomfort, the hoped for result is progress in the artistic community.

“As artists that are in leadership positions in our communities we sometimes make ourselves invisible so as not to disrupt, or create or cause too much discomfort,” said Byrd.

Valerie Curtis-Newton discussed the problematic result of “not speaking in my outside voice” when it came to issues of race. So many in our society often learn to remain silent on issues of race. Getting one’s voice back on these issues can be a process of liberation and for an artist it will profoundly impact their work.

On the other hand panelists discussed the challenge of experiencing success of work that was only political or focused heavily on race. This content has the potential to become the norm and what is expected of black artists leaving little room for other types of content that needs to be expressed as well. Some of the most invisible art coming from the black community is the art that doesn’t fit the standard of the type of work that is expected of a black artist.

The solution, it seemed, to the numerous challenges facing black artists and invisibility can be as simple as a pronoun. Changing societies language about black art and black artists from “them” to “we” can make a world of difference.

“If we think of these black artists as being part of me so we are diminishing ourselves by not acknowledging the contributions of black artists. Think about how much effort and energy it took to maintain Jim Crow. It takes a lot of work to keep people out and to keep people from participating. When we do not acknowledge the work of others we are actually denying and hurting ourselves,” said Byrd.

The dialogue surrounding race in the art community is continuing to undergo a much needed shift. It is increasingly important for black artists to continue creating content that is meaningful to them, in spite of the expectations, and it is increasingly important for consumers of art to seek more adequate representation of black artists while celebrating the diverse creativity that they have to offer. Invisibility need not continue.

“I make theater that privileges an African American lens but that is intended to reach a broad and diverse audience,” Valerie Curtis Newton said, “It’s about you even when it’s not about you.”