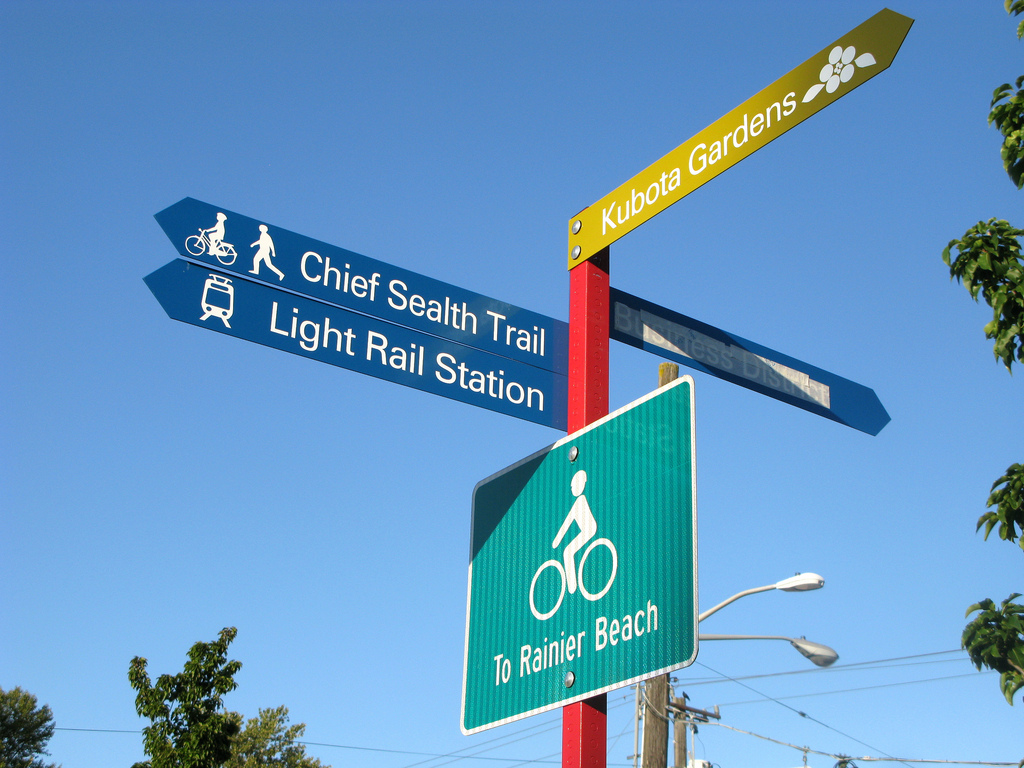 A chance for new jobs

With all the concern about gentrification in this city, it’s important to realize that some communities have been working hard to protect the diversity and economic stability of their neighborhoods. The Rainier Beach area anticipated the changes coming and created a plan for growth that would create jobs, improve health, and preserve affordability for the diverse communities that make up Rainier Beach.

Back in 2012, residents updated their neighborhood plan and created a vision that centered food as a catalyst for achieving many of the neighborhood goals. Residents put their own spin on “transit-oriented development,” rejecting the traditional model of mixed-use development in favor of a Food Innovation District. The Food Innovation District aims to serve as a business incubator, job provider, health promoter, and place-maker. It would create industry clusters around food production, entrepreneurship, food processing, and education and training.

Some are already investing

This kind of development could leverage other investments in transit, connect our manufacturing space to markets in south King County, and provide a neighborhood-designed gateway into Seattle at the Rainier Beach Light Rail Station.

In 2013, Rainier Beach was the recipient of a Byrne Criminal Justice Innovation grant that brought local organizations together to significantly reduce crime.

Last year, the Seattle Foundation and Seattle/King County Public Health Department kicked off a joint effort to support equitable development in 3 geographic sites over the next 3-5 years. Rainier Valley is one of them, and Rainier Beach Action Coalition is one of 4 neighborhood groups partnering to improve our housing, economic development, health and a community connectedness.

Other community groups have supported the neighborhood vision of food production. While Seattle Tilth is managing the Rainier Beach Urban Farm, the Friends of Rainier Beach Urban Farm and Wetlands have led a successful campaign to turn the former Parks nursery into a fully functional agricultural center where healthy food is grown and sold. The Farm offers training for youth, including juvenile offenders, and adults, and neighborhood dinners take place.

Rainier Valley is at a critical juncture

The Food Innovation District isn’t a silver bullet, but in an economy that has been wooed by internet technology, it’s an important demonstration project. It’s an engaging alternative that celebrates the diversity of the area and promotes a rich cultural heritage.

All of this provides an exciting opportunity to spark the kind of changes that residents have been asking for years. The missing piece? Step one in implementing the plan update is for City Council to adopt the plan. Without official recognition, the city departments responsible for assisting with implementation have no authority to work on these projects.

The time is now

This plan adds up to a thoughtful way to preserve affordability, create new jobs, and celebrate the cultural gifts and assets of the Rainier Beach neighborhood. It represents countless hours donated by neighborhood residents to create a vision for their neighborhood. Those folks deserve not to have their work and their vision shelved.

Seattle City Councilmember Rob Johnson has the opportunity to give the neighborhood the help it deserves by bringing this plan back before his Planning, Land Use and Zoning committee and recommending approval by the full council. If the Rainier Beach neighborhood is going to benefit from the time put into updating the plan, we need Council adoption before the summer arrives and the council shifts focus to city budget planning.

You can review the plan here, RB 2014 Neighborhood Plan Update then call Councilmember Johnson, the committee chair, and Councilmember Harrell, our district representative, and ask them to push for adoption of the plan by June. You are encouraged to let other elected officials know about this as well. Betty Patu – Seattle School Board member, District 7; Larry Gossett – King County Council member, District 2; Eric Pettigrew and Sharon Tomiko Santos– Washington State Representatives, District 37; Pramila Jayapal – Washington State Senator, District 37; Adam Smith – US Congress, District 9. They can all support our work by ensuring that it is recognized and implemented.

The authors of this article all serve on the steering committee for Rainier Beach Action Coalition.

4 thoughts on “Rainier Beach to City Council: Approve Our Plan”