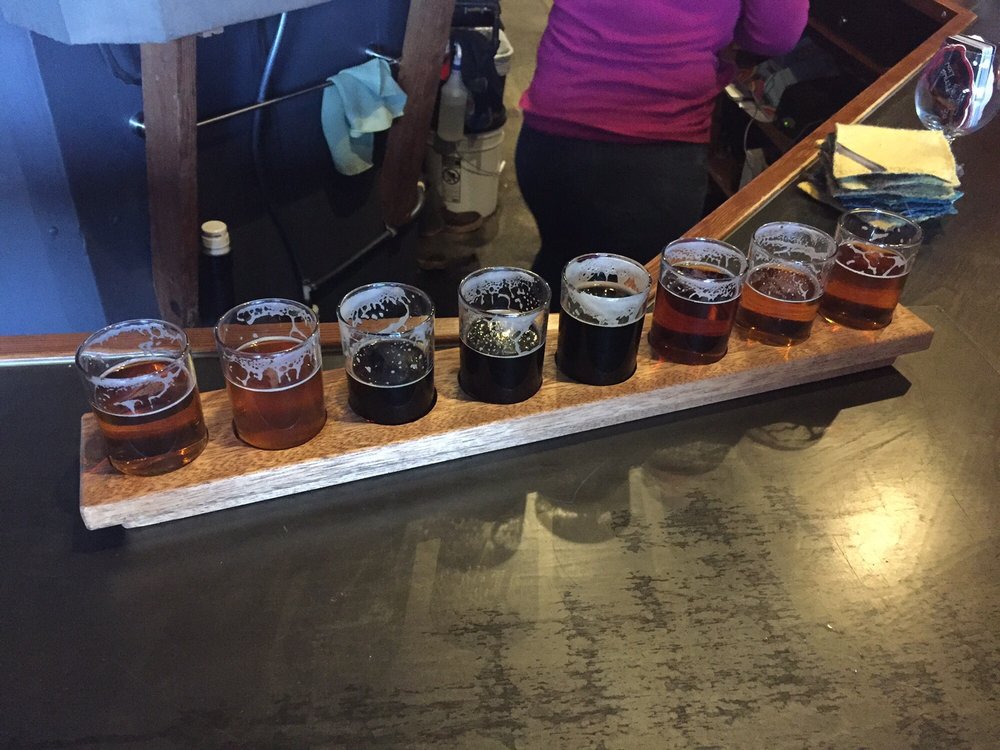 Northwest beer enthusiasts have more to get excited about. Local microbreweries are finding new homes in South Seattle due to the growing demand for more local breweries, lower rent rates and the support of the community which means more beer for you.

“There has been a big increase in general of breweries in Seattle and in the country over the last five to seven years,” said Bill Arnott, a co-owner and brewer at Machine House Brewery, a brewery that specializes in a traditional English style beer where the beer is naturally carbonated through the brewing process.

According to Thrillist.com, a publication who reviews food, drink and travel, ranks Washington as second in the country in the total number of breweries, with 256 in July of 2015. Currently, Washingtonbeer.com touts 309 breweries in Washington.

“Generally, I think the emergence of breweries in South Seattle is a reflection of the whole country,” said Lisa Uhrich, the assistant manager of retail for Georgetown Brewing, a draft-only brewery and producer of many Seattleites’ favorite beer, the Manny’s Pale Ale. Georgetown started brewing at their current location in 2008 and opened their tasting room in 2010.

From 2013 to 2014, the U.S. saw a nearly 20 percent increase in craft breweries, and a more significant increase from microbreweries, which grew by  28 percent, according to the Brewers Association.

While the number of breweries has ticked up across Washington, their presence in South Seattle has surpassed the statewide trends. Lower rent rates are a key factor in businesses and breweries opening in the area.

In 2013, the median rent in Seattle was $1,087, while the median rent in Columbia City was $699. While these rates include both residential and commercial rent and rents in both areas have since increased, lower rent rates in South Seattle are an appealing factor to local businesses trying to start or maintain a brewery.

“It is an emerging neighborhood that people can still afford to live in. It is the same for us, we can afford rent in South Seattle,” said Emily McArthur, the head bartender at Spinnaker Bay Brewing, which opened at its current location in Hillman City in 2013.

“The real estate is cheaper and there are a lot more manufacturing capabilities,” said Brent Miles, owner and head cider maker for Seattle Cider Company. The cidery is Seattle’s first since Prohibition. They produce three ciders year around along with seasonal and limited ciders.

Arnott of Machine House Brewery agreed that South Seattle was affordable and provided a needed industrial area for their brewery.

South Seattle offers a combination of affordability and industrial capabilities for these breweries that other neighborhoods cannot. In addition to these benefits, another point of attraction for brewers in South Seattle is the diverse client base.

Griffin Williams, the founder and head brewer at Flying Lion Brewery, studied neighborhoods in Seattle for four months before deciding to set up shop in Columbia City in late 2014.

“I felt that Columbia City and South Seattle had the best, tight-knit community feel and that the people have a fierce loyalty to the area. It was an untapped part of Seattle, no pun intended. It is fun to be a part of,” commented Williams. He also mentioned over half his customers can walk to the brewery and they often recommend Flying Lion’s beers to bars and restaurants.

The Seattle Cider Company conveyed that there is no typical customer, but stressed the importance of the South Seattle community.

Machine House Brewery is unique in their brewing with customers traveling from as far as England or customers looking for reprieve from commonly served IPA beers.

“We have die-hard clients who come specifically for what we do and typically the die-hards are middle-aged men, but we do get all varieties of people,” said Arnott.

South Seattle is home to a diverse, hard-working community that supports local businesses and appreciates locally brewed beer. All you have to do is ask a community organization or business in the area and they will tell you.

“Businesses in the area buy and sell our beer. It is a tight-knit community that supports each other,” said McArthur.