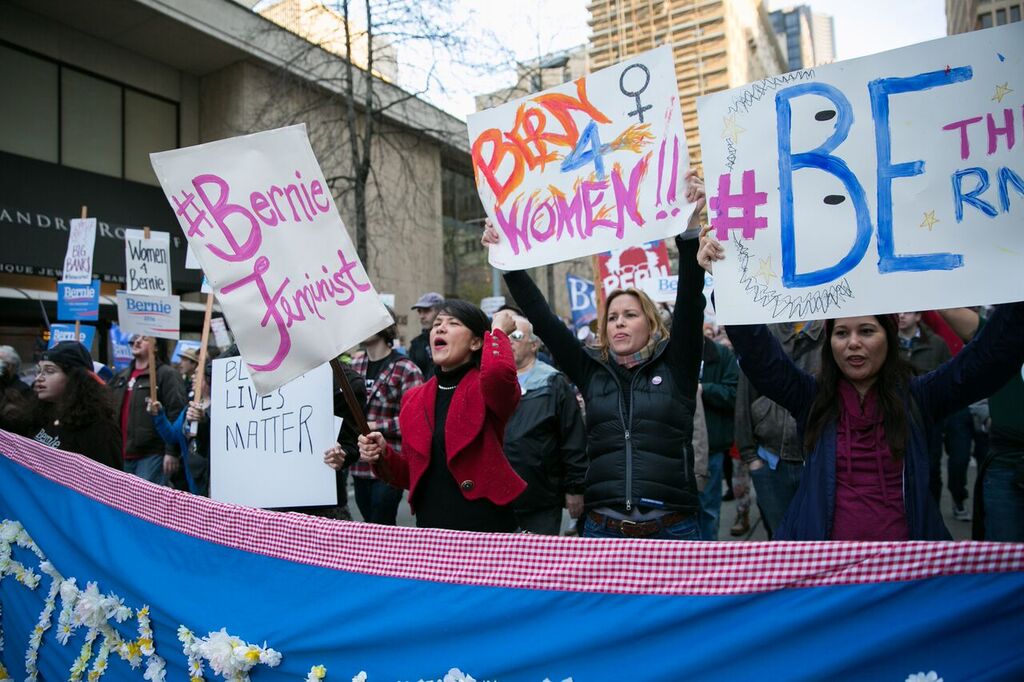 words and photos by Alex Garland

(originally published on the Dignity Virus)

On Saturday Afternoon, local demonstrators showed that when it comes to Bernie Sanders, Seattle couldn’t be farther from South Carolina.

Demonstrators marched from Pioneer Square to Westlake Park with stops at the King County Administration Building and Wells Fargo. They were flanked by lines of bicycle police throughout.

The march coincided with several others taking place on the same day across the nation in support of Sanders’ platform, which includes shrinking economic inequality, making higher education free, and increasing the national minimum wage.

One thought on “Marchers Bring “The Bern” to Seattle Streets”