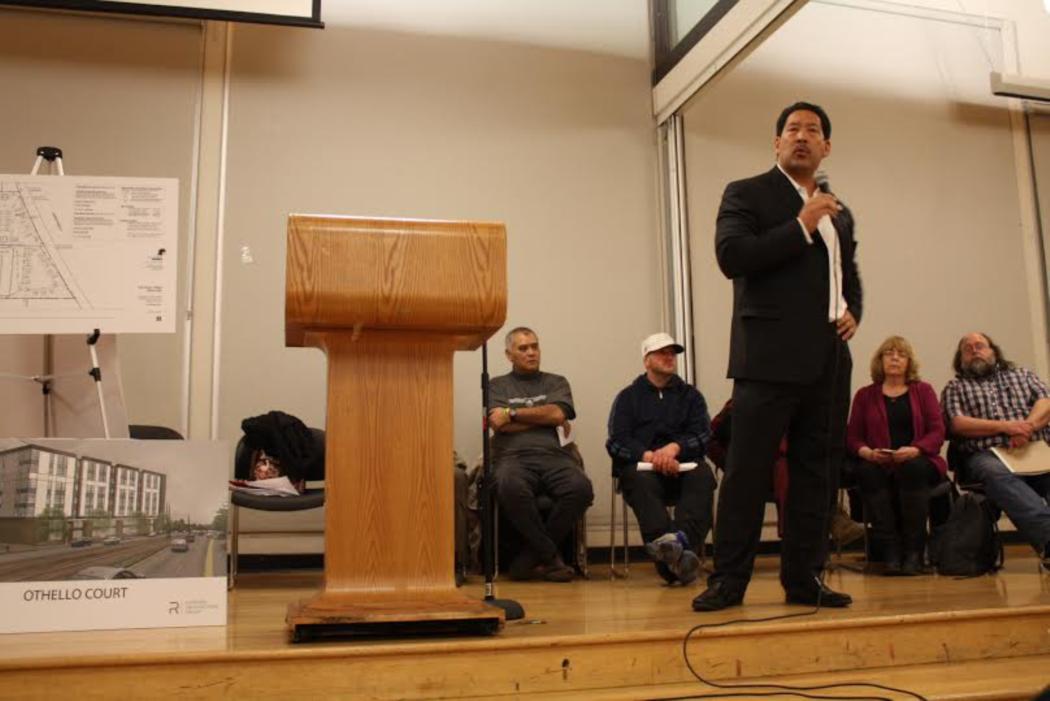 The New Holly Gathering Hall will host a second community discussion of proposed plans for the Othello Village Encampment. The meeting will take place Thursday, March 3 at 6:30pm and be convened by District 2 City Council representative Bruce Harrell. It will function as a continuation of the first encampment meeting that took place on Feb 16 and address the construction process for the site, the management of the space, and health and public safety concerns.

In addition to Councilmember Harrell, representatives from the Mayor’s Office, the Low Income Housing Institute, and Nickelsville will be in attendance. Located in the Othello neighborhood, the Village is the third encampment approved by city leaders as a stop-gap measure to halt Seattle’s rising homeless population.

The West Hill Community Association received two grants of $2,000, one for its West Hill Action Mob community clean up parties, and another for its popular summer outdoor movie series, Skyway Outdoor Cinema.

Skyway Solutions received $2000 for a community party that will take place in Skyway Park.

The Seattle Police Department continues to investigate the case of a 21-year old man found shot in his car Wednesday, February 24 in the New Holly neighborhood.

Seattle Fire Department personnel responded to a report of a man slumped over in a vehicle in the 3300 block of South Holly Street around 3 PM. Upon arriving at the scene, medics found he had gunshot wounds and called for police to join them at the scene.