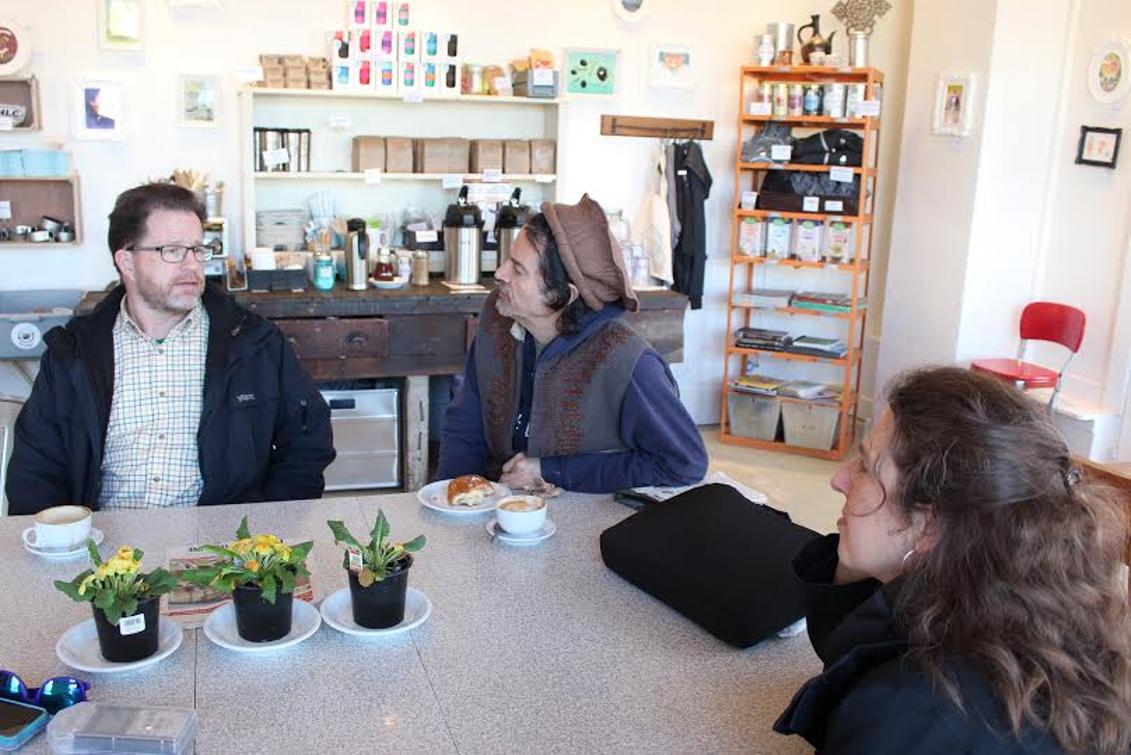 Sunny skies in the midst of February leave many Seattle citizens feeling more optimistic than usual. But for those who are concerned for climate change, high temperatures during the winter tinge the weather with a sense of gloom.

This is the case for Mount Baker Meaningful Movies (MBMM) facilitators like Andrew Kidde and Anne Miller, two members of the recently formed team, and Kit Burns, a longtime organizer and advisory board member. With most of the leadership also actively involved in the South Seattle Climate Action Network, the MBMM chapter evolved from their passion for protecting the climate along with humanity’s future.

“For us, our big issue is climate change and public policy,” Kidde said, “and the news media isn’t covering important issues.”

Just last year, major news networks aired only 182 minutes of coverage on the year’s top environmental issues – as opposed to Donald Trump’s total of 654 minutes on air. This kind of disproportionate air time, the group said, is exactly why the MBMM team is finding ways to have these conversations for more coverage on pressing issues that impact everyone – and the earth.

“We’re kind of asleep at the wheel in America,” Kidde said. “It’s really hard to figure out how to get people galvanized, and I think Meaningful Movies does that as successfully as I can imagine.”

“Meaningful Movies, a collective of community organizers, screen films weekly or monthly that encourage people to act on social and environmental justice issues. The organization, founded in 2013 through the efforts of Richard Gamble alongside Rick and Diane Turner, grew from a small movement that showed films in the Wallingford neighborhood. Since then, it has spread to other communities and neighborhoods all around Seattle, including Mount Baker, and communities as far north as Edmonds.”

Starting this past year, the MBMM group focuses heavily on environmental issues. But for them, social justice movements are also important to keep in mind, especially to connect with Seattle’s diverse communities regarding issues they care about, like ending the school-to-prison pipeline or income inequality.

“If we’re talking about environmental justice, we also have to talk about racial justice and economic justice and other social justice issues,” Miller said. Her favorite catch-all quote to capture this intersectionality is: “if you don’t trash people, you can’t trash the planet.”

Burns, an organizer and volunteer at Meaningful Movies in Wallingford, also realizes the importance of intersection of addressing social and environmental issues. Because his group shows movies weekly, the list of films they have shown is over 550 titles long, and touches nearly every category of social problems.

In addition to showing a variety of films, other Meaningful Movies neighborhood groups use unique ways to reach their communities. Many ask speakers to talk about the films and share their experiences. Groups also host discussion forums for the community to work together to understand the implications of what they’ve seen, and how they can use that knowledge to seek change.

But when it comes to paying for it all, members know that making Meaningful Movies free to the public helps keep that social energy alive. With the network recently obtaining their official nonprofit status, facilitators now seek external support through individual donors and community sponsors. Donations and community support help them to rent venues, purchase screening rights, and even provide snacks at some locations. Due to their limited budget, Meaningful Movies depends on volunteers to staff events and promote them to the community, but making a valuable impact makes their hard work worth it.

“We’re not in it to make money, we’re in it to educate and inform,” Burns said.

Hopefully, the group says, this model will catch on enough for people to act. Policy change in Washington state and D.C. is a huge priority, they agreed, and getting as many people involved as possible is key to making an impact.

“Ignore what’s happening in politics at your peril,” Miller said. “Politics keeps going on whether or not you’re involved, and they’re making decisions that are affecting us and our kids.”

Many of the partners who have been part of Meaningful Movie events share the same passion to educate others about important political decisions, and some are more radical than others. Patrick Mazza, one speaker who Kidde invited to the Mount Baker group, is one of the Delta 5, a group of activists who went to trial for their protests against oil.

The five -made up of Abigail Brockway, Jackie Minchew, Michael Lapointe, Liz Spoerri, and Mezza- attached themselves to a metal tripod on a set of Everett train tracks frequently used by oil trains in September of 2014. They were eventually convicted for trespassing, but their defense claimed that the radical protest was necessary due to the exigent nature of climate change.

Though showing films with Meaningful Movies is a significantly less radical action than standing in front of a train, the power the shows hold are just as heavy. The key, Burns explained, is that people build community, because then they will be more excited and willing to act.

One thought on “In Mount Baker, Movies Spur Social Change”