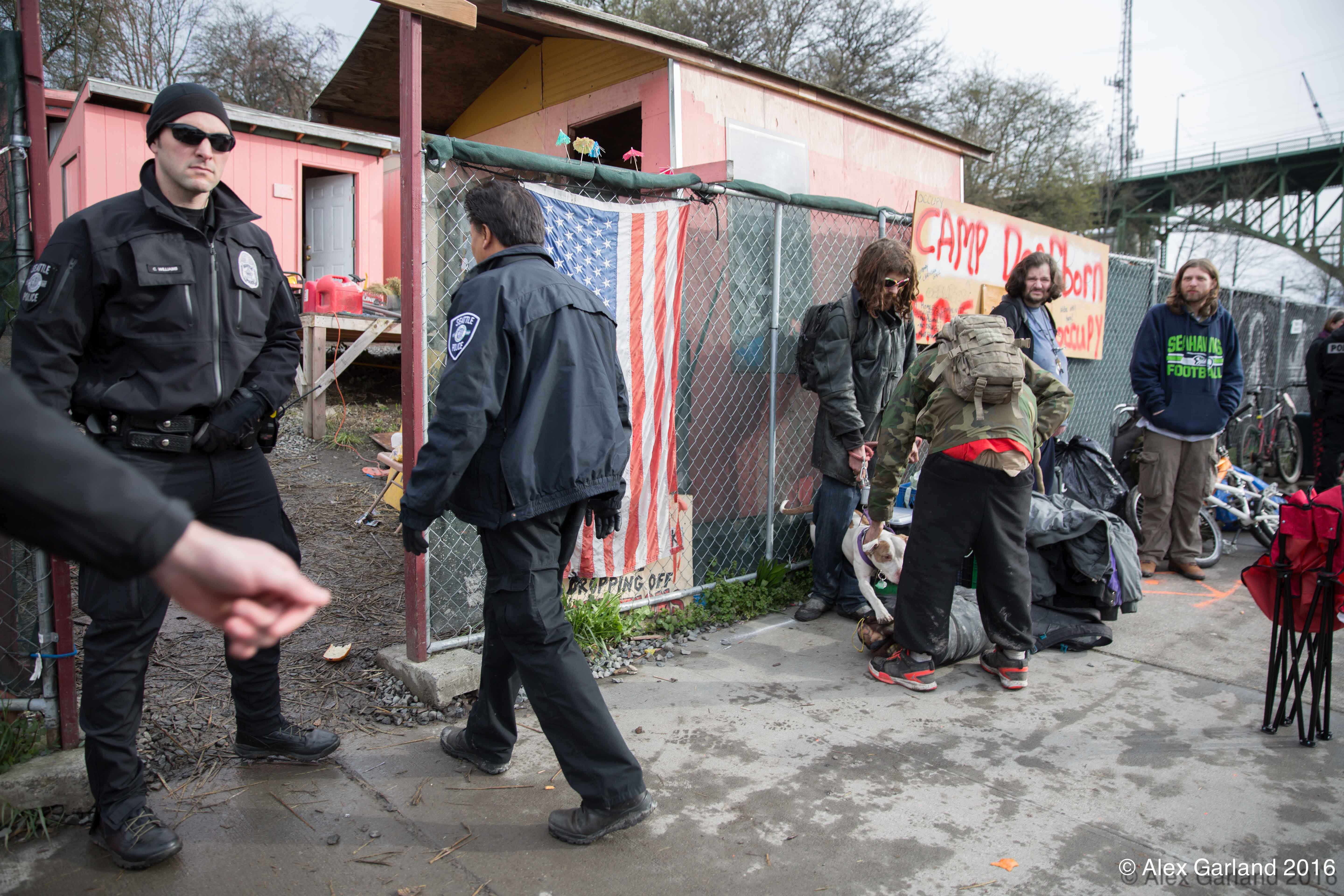 by Alex Garland  (Originally published on The Dignity Virus)

At approximately 8am this morning, the Seattle Police Department began evictions and removal of personal property from the Dearborn encampment. Residents were given 30 minutes to pack their belongings, though city officials claimed police had given inhabitants warnings all week. The claim was contradicted by many on site as they gathered their personal items.

The homeless encampment, operated by Nickelsville, was previously approved by the city, but lost that status after residents ousted Scott Morrow from his leadership position over the camp.

Morrow, who is an influential Nickelsville staff member, has previously faced accusations from unhappy camp residents. That path that lead to the dismantling of Camp Dearborn and the eviction of its residents is nuanced and complicated.

Sharon Lee, the executive director of the Low Income Housing Institute (LIHI) said residents were “being offered a place to say” in three other city sanctioned encampments if they were willing to follow the rules set up by SHARE and Nickelsville.

In one case, 12 bus tickets (equivalent to 6 days of transportation) were provided to a resident who worked nearby. Those with addictions however, have few options, one being the Downtown Emergency Services Center, which some homeless advocates argue is not much of an option.

After the sweep and clean-up began, Sharon Lee emailed photos of found needles and mentioned in an email that “16 people were here. 8 people agreed to move to Othello Village and abide by Nickelsville’s code of conduct – including a mother and son who arrived 3 days ago.”

When asked about the needles being used for drugs or possibly diabetic injections, Lee replied “Needles were found in lots of different locations. This is drug use. One couple we moved both are totally high. Hard liquor bottles everywhere too. Drug paraphernalia in tents and sheds”.

Additional coverage of this morning’s sweep can be found here.

4 thoughts on “A Homeless Community Scatters as Camp Dearborn Swept”