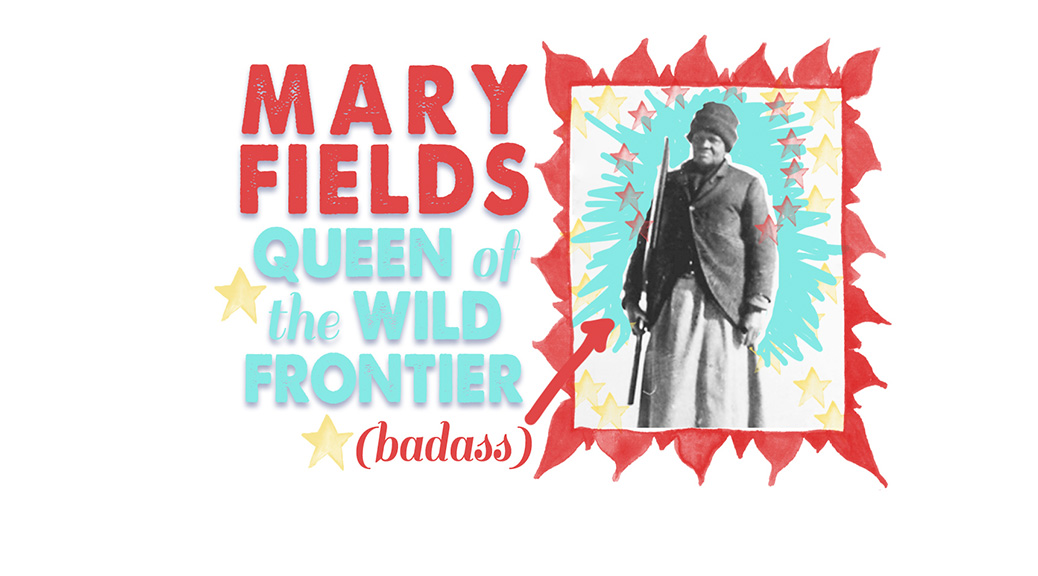 Mary Fields was the first woman AND the first African-American to work for the post office. (Wait, don’t go. This is cool, I swear.)

In 1900, Mary Fields worked as a handyman at a convent in Cascade, Montana. Her co-worker was a douche who hated the fact that Mary – a Black female and former slave – made more money than him, and he complained about it to EVERYBODY. So one day, Mary shot him in the ass while he was taking a piss. Although she got fired, the nun who ran the school at the convent gave Mary enough capitol to buy a stagecoach, which Mary then used to apply for a job at the new post office. Despite being 60 years old, she was faster at hitching up her stagecoach than the other dozen young cowboys and got the job.

“Stagecoach Mary” delivered mail no matter what. When wolves attacked her horses and overturned her coach, she spent the entire night face-punching wolves, then single-handedly lifted her coach back upright and still delivered the effin’ mail on time. When her horses couldn’t make it through the snow, Mary would put on snowshoes, grab her pet mule Moses and her pet eagle and tread ten miles in waist-deep snow to deliver the feckin’ mail, you’re welcome very much.

Mary Fields was the first Black woman to own her own business in Montana in 1900.

Mary Fields sold her stagecoach around age 70 and set up a laundry business. But she was still fierce as hell. One day she was sitting in a bar when she saw a man who owed her $2. She took him outside and knocked him flat in one punch, then said it was such a satisfying punch that it equaled about $2 even. Don’t mess with Mary.

You may be saying to yourself, what was Mary doing in a bar? Weren’t non-prostitute women and Black people banned from bars in 1900? Well, look at you, Smarty Pants. Yes, they were. But the mayor made a standing exception for Mary Fields, who was served for FREE wherever she went in Montana because she’s such a badass.

Everyone in Cascade, Montana loved Mary Fields so much that they declared her birthday an Official Holiday.

The problem was, Mary Fields was born a slave and had no idea when her birthday was (except that it was sometime in 1832). So, every year Badass Mary would randomly chose not one but TWO days for the schools to close (usually sometime in March and again in October) because she’s twice as cool as the rest of us. True story.

Mary Fields was declared by the Great Falls Examiner to have “broken the most noses in all of Montana”.

But she also broke every gender stereotype, every racial boundary, every age barrier, every rule, and every expectation of what it meant to be an elderly Black woman in the late 1800s and early 1900s. Thank you, “Stagecoach” Mary Fields!

Dejah Léger, musician, mother, artist, outdoor enthusiast and hockey nerd, wants to be Mary Fields when she grows up.