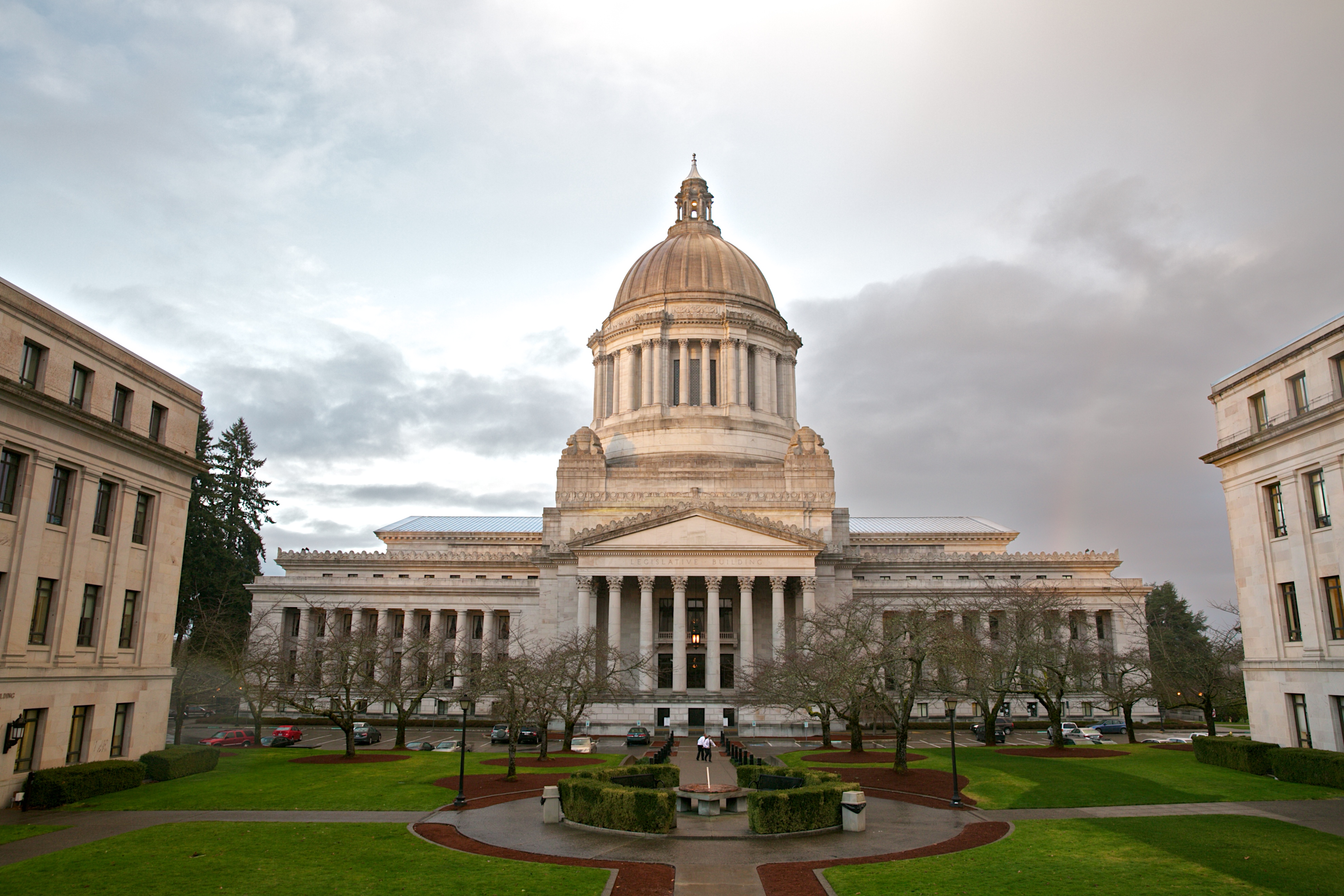 For those interested in a State Legislature that effectively handles the peoples’ business, the 2016 Legislative Session will be a severe disappointment. For those who have followed the past several Legislative Sessions, this disappointment will be nothing new. The Washington State Legislature has become highly adept at taking a long time (six of the last seven years have gone into special session) to accomplish very little. There are, of course, powerful reasons for this ineffectuality, and these will be explored below.

This article assesses the nearly-complete 2016 State Legislative Session by first evaluating its achievements (or lack thereof), and then by identifying the themes that underlie this poor performance.

A primary responsibility of the 2016 session was to pass a modified operating budget. In addition, there are four other primary areas where Washington State is in dire need of reform, and where the 2016 State Legislature made little to no progress. Those areas are K-12 education financing (McCleary), tax reform, climate change and income inequality.

The three state budgets (operating, transportation and capital) are created in odd-numbered years (e.g., 2015), and then adjusted in even-numbered years (e.g., 2016). These adjustments are usually small and incremental, meaning that they should not take too long to complete. Prior to the start of the session, Governor Inslee proposed an operating budget that would increase spending by 1.8% relative to the 2015 budget (from $38.2 billion to $38.9 billion). He sought to raise starting teacher salaries to address the teacher shortage, and to increase funding for wildfire prevention, mental health and Medicaid. To finance these modest proposals, Inslee proposed closing several tax exemptions and deploying reserve funds. The Republican caucus criticized this increased spending, and proposed a budget involving lower spending increases and a different mix of funding (including savings from the consolidation of pension plans). The regular session closed without agreement on these simple issues, and has now moved into special session. Given the paucity of momentous items elsewhere on the agenda, it is unclear why the operating budget negotiations could not have been easily completed during the regular session.

Washington State continues to be in contempt of court for not adequately financing its K-12 education system, as required by the McCleary decision. There are three dimensions to McCleary: increasing overall funding levels; transferring some local levy responsibility to the state; and equalizing funding levels across districts (the latter two dimensions are interrelated). To address these demands, this year’s legislature did exactly nothing – no new funding, no levy swaps and no funding equalization. Instead, an infamous measure was passed (HB 2366 and SB 6195), which defers action (yet again) on McCleary until next year. This has been aptly referred to as “the creation of a plan to create a plan.” Some analysts (myself included) believe that this brazen legislative inaction will justifiably invoke expanded Supreme Court sanctions.

The reason for this heal-dragging on McCleary is known to everyone. To comply with McCleary will be expensive (perhaps $3 billion per biennium), and will require new taxes. Republicans are unwilling to increase taxes, and many Democrats, while generally supportive of a new progressive source of taxation in the state, are reluctant to propose this in an election year. Thus, the 2016 State Legislature was silent on tax reform.

A meaningful response to climate change remains the most urgent public policy challenge of our times. Carbon Washington has introduced an initiative (I-732) that would establish a much needed price on carbon in Washington State. This initiative was presented to the 2016 Legislature with three options: pass it into law; do nothing and allow it to proceed to the November ballot for voter judgment; or to create an alternative and send both the original and the alternative to the November ballot. Given that there were some problems (dealing with revenue generation) in the original initiative, the Legislature could have improved the measure and thereby increased its prospects for passage. Instead, predictably, the Legislature did nothing. Moreover, the State Democratic Party is not backing I-732, which I consider to be a mistake. Some argue that there are better approaches to carbon pricing (e.g., revenue-generating cap-and-trade systems), which may be true. But I believe that implementing a price on carbon is of such enormous importance, that supporting I-732 is desirable nonetheless.

The good news in Washington State is that momentum is building for a price on carbon. The bad news is that initial efforts are not yielding results. In 2015, Inslee proposed a cap-and-trade system, which did not pass (and was not supported by the Democratic-controlled House). He later sought to reduce carbon emissions through the Department of Ecology, but these measures have been rescinded (for the time being). And the unimproved I-732, without Democratic Party support, faces difficult odds at the ballot.

Several other significant climate-related bills were considered this session. One is a solar power measure to expand and extend solar tax credits in Washington State. Another is a bill to allow for the eventual closing of two coal-based generating facilities in Coalstrip, Montana, from which Washington State imports electrical power. Both of these important measures were weakened considerably (the first with a poison pill and the second via a non-binding clause), dramatically reducing their utility.

As concern over record high (and rising) income inequalities continues to mount, the Legislature has again failed to move forward on increasing the state minimum wage. This effort will now move outside the Legislature, where a citizen movement (“Raise Up Washington”) is gathering signatures to put Initiative 1433 on the ballot. The initiative seeks a $13.50/hour minimum wage as well as paid sick leave by 2020.

Thus, on the major challenges of our time – K-12 funding via compliance with McCleary, progressive tax reform, meaningful climate change legislation and measures to address income inequality, the 2016 Legislative Session offers very little to like.

To be fair, there has been some meaningful progress in this session, such as HB 1541 (prime sponsor Sharon Tomiko Santos) to close the K-12 educational opportunity gap, which has finally passed after several years of effort. Moreover, it will be difficult to make a final assessment on the session until the final budget is released, and it becomes clear which of the 27 bills that Inslee vetoed will be restored, and which bills that he has not yet evaluated will be signed.

There are several recurring themes from Olympia that deserve attention.

Second, the Republican caucus has developed a wide range of tools and tricks to prevail in the legislative process. These include removing key issues from the legislative agenda (e.g., the “plan for a plan” to address McCleary) and then focusing attention on conservative policy priorities (e.g., charter schools); the addition of amendments to eviscerate bills; the insertion of poison pills into legislation to create cross-incentives; forcing Democrats to deploy self-damaging tactics (e.g., Inslee’s vetoes of 27 bills) before introducing a more conciliatory operating budget proposal; challenging accepted science (e.g., questioning whether climate change is anthropogenic); attacking the Supreme Court for espousing positions at odds with its agenda, etc. Despite holding only one legislative chamber, the Republican caucus has the Washington State Legislature in a retrograde stranglehold.

Third, there is a trend in Washington State that mirrors a national trend. The modern conservative agenda, which thwarts progress on the key moral issues of our times – progressive taxation, climate change, income inequality, etc. – then seeks to re-establish moral authority in other realms. But it can only do so by invoking silly causes. Thus, at the national level, Republicans attack Planned Parenthood and hold endless inquiries into Benghazi. At the state level, they block the nomination of Lynn Peterson as head of the Department of Transportation, and launch inquiries into who can use which bathrooms.

Fourth, however, it must be said that Democrats are complicit in the adoption of a watered-down agenda. In 2015, Democrats were unwilling to allow the government to shut down by taking a stand on a capital gains tax; they did not support Inslee’s cap-and-trade plan; and in this session, they were willing to support the “plan for a plan” to take McCleary off of the legislative agenda. If the Democrats are not willing to take a stronger and more united leadership position on key issues, and to take a stand on them when the political environment is risky, why should they expect citizens to back them?

Fifth, Washington State cannot be seen as a genuinely progressive West Coast state. It has a lower tax intensity (state and local taxes as a percentage of personal income) than Oregon or California; its tax structure is by far the most regressive on the West Coast; it has no price on carbon while California and the province of British Columbia do (and Oregon just passed very aggressive renewable energy standards); it has a high minimum wage in several locations, but this is a modest achievement compared to Oregon, which has just passed a major statewide minimum wage increase. At the state legislative level, Washington has become a bastion of conservative policy on an otherwise liberal coast.

Sixth, there is a major pending event that confronts the Legislature as the session ends: the Supreme Court’s review of the session and its determination of whether the state is still in contempt of court over McCleary, and if so, whether it will issue heightened sanctions. I predict that the answer to both of these questions will be yes.

Finally, I think it is fair to observe that increased K-12 spending, new progressive taxation, meaningful climate change legislation and measures to address income inequality are the future for Washington State. But that future is not now. In the Washington State Legislature, the future is on hold, and it is depressing to observe.

John Stafford is a senior substitute teacher for Seattle Public Schools and a former partner with Strategic Planning Associates, a management consulting firm in Washington, D.C. He recently completed a run for State Senate in the 37th District.  He is writing a monthly article on public policy for the South Seattle Emerald.