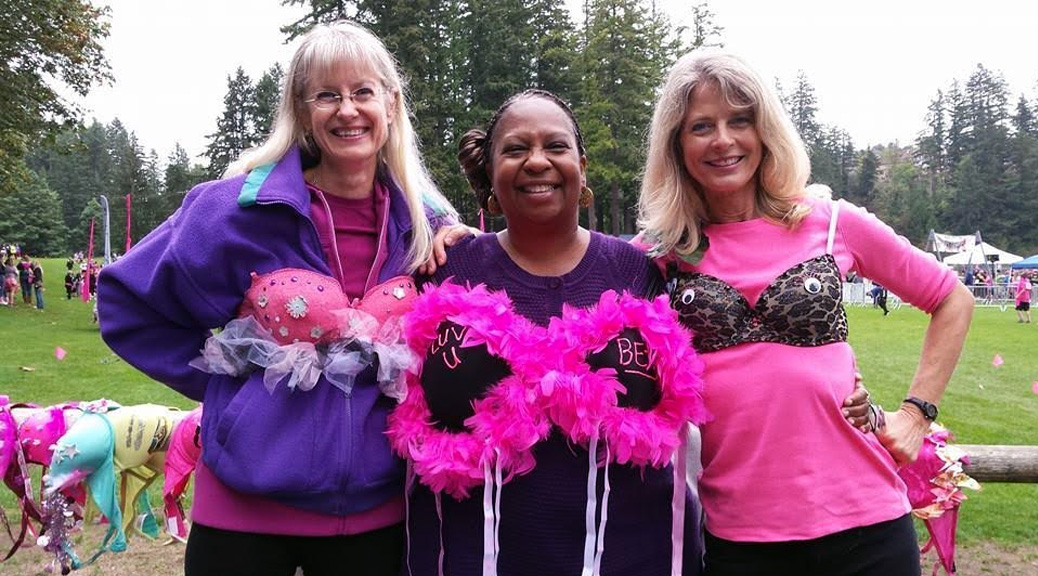 The Rise of A Phenomenal Woman

I met Bridgette Hempstead almost 20 years ago when she came into the Renton Area Youth & Family Center (RAYS) Family Center in Skyway seeking office space. She had started a support group for cancer victims called Cierra Sisters after she was diagnosed with breast cancer and found little in the way of health resources for African-American women. “Cierra” is an African word meaning knowledge.

The more I got to know her, the more I was amazed by her as a person. A single, working mother of three daughters, she would often be at the office until late in the evening acting as her own administrative assistant. She taught herself to use Publisher and PowerPoint by trial and error.

Whenever I worked late I would check on her because I noticed she rarely took time to eat. Poking my head inside her office I’d let her know there was food in the kitchen, and oftentimes ended up just bringing it to her myself as she worked away.

Her long hours extended into the weekends, as Saturday and Sundays found her at the Family Center stuffing bags with education information for neighborhood block-walks, planning community resource fairs for the South End, writing grants for medical resources, and often preparing speeches she would give around the country on the need for more health facilities in communities of color.

I’ve never met anyone so unselfish before. If a Cierra Sister needed her to accompany them to a doctor’s appointment she would drop everything to be there. Women newly diagnosed with breast cancer could call her at any time day or night and she would pick up the phone.

She often would search for health insurance, transportation and financial assistance for rent, mortgage payments and utilities for the many who contacted her in need. Besides being there for the community and her support group, she is an exceptional mom.
With her heavy schedule, she still always managed to drop her youngest daughter off at school and pick her up. The bond she shares with all of her daughters is displayed regularly at Cierra Sisters events. To this day all of Bridgette’s daughters remain involved with the group their mother founded, and strongly advocate for health equity in our community.

Bridgette always has a smile on her lips and laughter in her heart. When she and I are together she adds both to my own lips and heart. She has such a zest for life and I understand why. She’s survived breast cancer twice, proving you can battle the disease while raising kids, working, running a successful organization and advocating for women of color and the underserved. She has brought to the forefront through local state and nationwide media attention the disparities of health care for women of color compared to their white counterparts, as well as glaring health disparities in the community of Skyway where she lives.

Bridgette has an unwavering faith and belief in God and is not ashamed to share her story of how the Lord spoke to her and told her to go get a mammogram. The doctor didn’t want to give her one but Bridgette insisted and the test uncovered cancer in her breast that was 0.9 centimeters, or about the size of a pen dot. She was diagnosed on her 35th birthday.

Bridgette’s comments about this are “many questions arose as to how I could have known there was cancer there, but my answer to everyone’s question was the Lord warned me. For this very reason I am also strong in breast cancer education and outreach, including seminars and motivational speaking to women who suffer or have suffered from breast cancer”.

Bridgette has never wavered in her quest to break the cycle of fear around breast cancer nor to educate both the African American and underserved community about it. To meet this lady and hear the highlights of her life over the last twenty years – along with what the future holds – you might want to join me in celebrating the Cierra Sisters’ 20th birthday at the Columbia Tower Club on April 9th.

My call to action is for people to join Bridgette in educating our communities about cancer, and to tell family and friends alike the importance of having a mammogram.
Cynthia Green is a South Seattle native, as well as a volunteer at the Youth Tutoring Program, Cierra Sisters, and the eponymously named RAYS Cynthia A. Green Family Center located in Skyway.