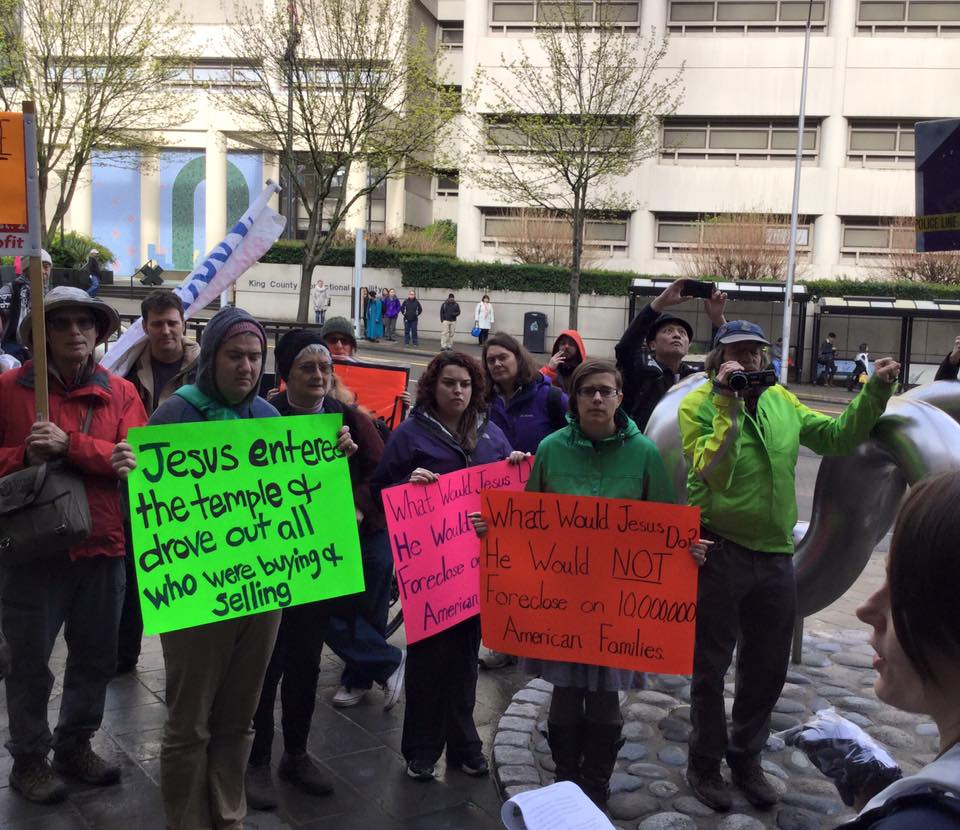 Imagine your dreams of home ownership finally coming true. The bank qualifies you for a loan to buy a modest but perfect two bedroom craftsman on Beacon Hill.

Then the economy tanks. You discover you owe much more in loans than your home is worth. The payments would eat up almost all of your now-reduced monthly income. You realize you’re on the verge of losing your home to foreclosure, with the thousands of dollars you’ve already made in payments vanishing into thin air.

That’s what Pina Orsillo Belgrano says happened to her. Her experience — shared by thousands of others in the Seattle area following the 2009 housing market collapse — was bad.

But she says trying to navigate programs meant to help her avoid foreclosure in the eight years since has been even worse.

First she went through a series of negotiations with the bank, JP Morgan Chase, to modify the loan to a level she could afford. But that ultimately resulted in a difference of only $20 from the original mortgage payment.

She went through several more negotiations with the bank and it’s proxies, this time with the help of the Seattle Urban League and another non-profit organization offering housing counseling. But she says the advice she got was inconsistent, and eventually left her $50,000 deeper in debt than she was when she started.

After eight years of struggling to keep her home, last week she received letter from the bank telling her she’d exhausted all other options, and that her home was being foreclosed.

Belgrano and members of both organizations marched in Downtown Seattle, from City Hall, to the King County Recorder’s Office, finally arriving at the JP Morgan Chase offices. They put up mock foreclosure signs along the way, according to Josh Farris, lead organizer for SAFE, and delivered letters asking for relief to both JP Morgan Chase and to the Seattle City Council.

The event, called “Turning the Tables,” was part of a recurring direct action holiday organized by V&M to link the greed of modern day capitalism to the biblical story of Jesus Christ overturning the tables of money-changers, says pastor John Helmeire.

Farris said this action is just the beginning of many actions to come.

“Any attempt to evict the Belgrano household will be met by a SAFE eviction blockade,” he promised in an email interview.

Belgrano said her experience as a homeowner was not the idea of the “American Dream” she had in mind when she emigrated to the U.S. at age 16.

“My thing was, ‘well, maybe I should explore the American Dream,’” she said, “which has now become a total American Nightmare.”

Belgrano has a Bachelors of Applied Science in Hospitality Management, and has worked hard in her time in the U.S., including owning a small business for thirteen years. Even with such education and business background, she says has been helpless struggling with what she calls an “engineered fraud” on the part of JP Morgan Chase and its long-list of financial service affiliates.

So is Belgrano just a squeaky wheel who was financially irresponsible, and now doesn’t want to face the consequences?

Mountains of evidence have piled up since the financial crisis that suggest the big banks are the irresponsible ones.

This month last year, the Wall Street journal reported that JP Morgan Chase reached a settlement of $50 million pay for more than 25,000 homeowners for “robo-signing,” a computer-automated loan review process.

J.P. Morgan spokesman Jason Lobo, disputing the robo-signing characterization, then said, “Payment Change Notices were appropriately reviewed and substantively correct in the overwhelming majority of cases, even though the process for filing them electronically was flawed.”

Acting Associate Attorney General Stuart F. Delery, had a different version of things, saying bluntly, “It is shocking that the conduct admitted to by Chase in this settlement, including the filing of tens of thousands of documents in court that never had been reviewed by the people who attested to their accuracy, continued as long as it did.”

The Intercept reported in September last year that all mortgages examined by King County auditors since 2012 were technically void because they secretively continued to used an electronic registration system banned by the State Supreme Court.

“That makes any foreclosures in the city based on these documents illegal and unenforceable, and makes the King County recording offices where the documents are located a massive crime scene,” the report said.

“This shouldn’t have been allowed in a country that proclaims that they’re democratic, and tries to spread it throughout the world,” Belgrano said, reflecting on her experience.

She said she has written letters to President Obama and JP Morgan CEO describing her 24 hours a day “American nightmare” despite her tenacious efforts to educate herself and fight to keep her home.

“I’ve been on the hamster wheel,” she said.

“We thought of ‘Turning the Tables’ as a way to amplify her voice,” said Irene DeMaris, Creative Liberation Convener of V&M and a lead organizer of the event, “and to bring attention to what is going on, especially in the south end with the highest rate of foreclosures,”

According to current data from RealtyTrac, the five zip codes with the the highest foreclosure rates in the city are all in the South Seattle, in areas where most immigrants and people of color live.

DeMaris hopes that drawing attention to her struggle will leave Belgrano feeling empowered, and maybe give her a little catharsis.

At the end of the month she is scheduled for a final mediation in the eight-year struggle to keep her house. But Belgrano says the council representing JP Morgan Chase has been less than helpful in the past, so she doesn’t expect any positive outcomes this time around either — especially given the foreclosure notice they sent her since the mediation was scheduled. Belgrano believes foreclosure on her home is imminent.

“Every homeowner in this circus of hell feels they’re alone, and carries a shame,” she said, “How can this happen to me?”

Photo courtesy of SAFE in Seattle