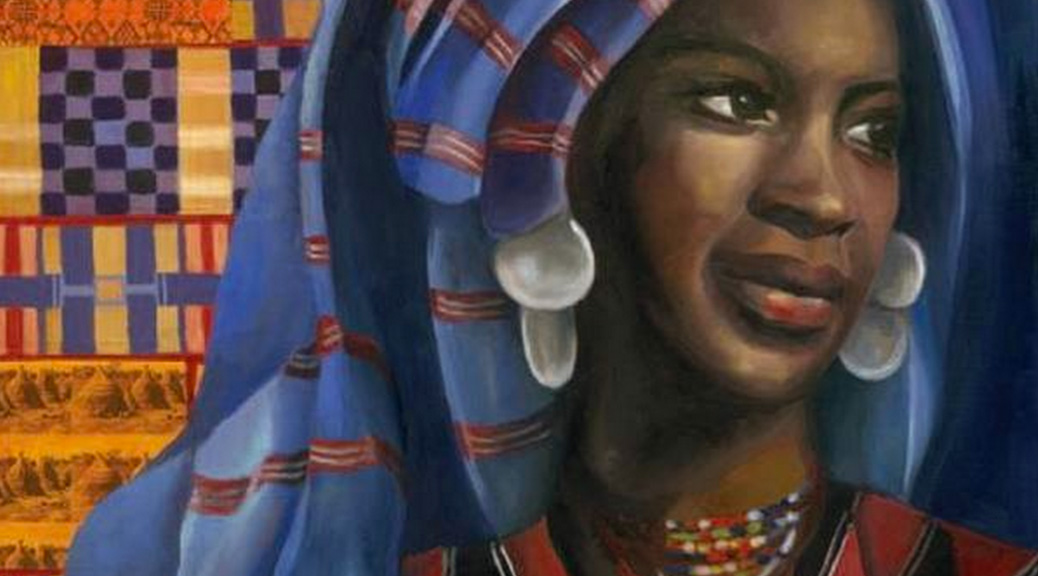 I love looking back in time at small glimpses in history where women were heralded as celebrated leaders of their time, when their words were especially cherished and history refused to forget the impact they made on their societies. These moments seem to be small microcosms of elevated cultures, yet that mindset is lost repeatedly over the course of time. Civilizations forget the value of women’s leadership and the history books forget to highlight their contributions.

Nana Asma’u is a woman from a time period such as this. Revered by her people as Uwagari (Mother of the People), her contributions and legacy are everlasting. Nana was born in 1793, as the daughter of the founder of the Sokoto Caliphate Usman dan Fodio, in a region in West Africa now known as Nigeria. As a princess she could have spent her life within the confines of royalty, but instead focused her entire life around education – for herself and for the women of her caliphate – and was actively involved in politics and social reform. She became a prominent poet, an incredible teacher and scholar, and important advisor to politicians.

She was fluent in four different languages and wrote poetry in three of them. Her writings focused on war, as it was a common occurrence during her lifetime, and also women and their roles in the community. She was a devout Muslim and sought to lead people on the Prophetic path. She believed that an integral part of Islam was the search for communion with God through the pursuit of Truth. To deny women equal opportunity to develop their God-given talents was to challenge God’s will. This tenant of Islam became so important to her that women’s education became a major passion for Asma’u in her adult life.

Asma’u created a group of women teachers called “jajis”, who traveled around the Caliphate educating women in their own homes. She used her own poetry and the writings of other Sufi scholars to create curriculums and train groups of learned women to be educators. These teachers were called “yan-taru” which translates to “those who congregate together, the sisterhood.” This system of jajis expanded throughout the entire Caliphate, continued on through generations, and serves as the basic infrastructure for women’s groups in northern Nigeria today.

Asma’u’s contributions to the Sokoto state stand in direct opposition to terrorist organization claims that Islamic teachings are justification for denying women the right to an education. It also stands in opposition to critics and pundits who assert that the core of Islam is destructive and oppressive to women. Nana Asma’u demonstrated that at the heart of the religion, education is open and vital to all people regardless of gender, age, or class. Learning about her served as a reminder for me to utilize and appreciate my personal education, persevere for the right to an education for all my sisters around the world, and especially to cherish and nurture the yan-taru sisterhoods in my own life.

Chrissy Barnes is a sales manager and entrepreneur based in Seattle. She attempts to balance her professional endeavors in the business world with competing loves of political activism, international development, and personally witnessing every corner of the earth. On most weekends you can catch her rock climbing, hiking, or road-tripping with her adorable dog and fiancé.