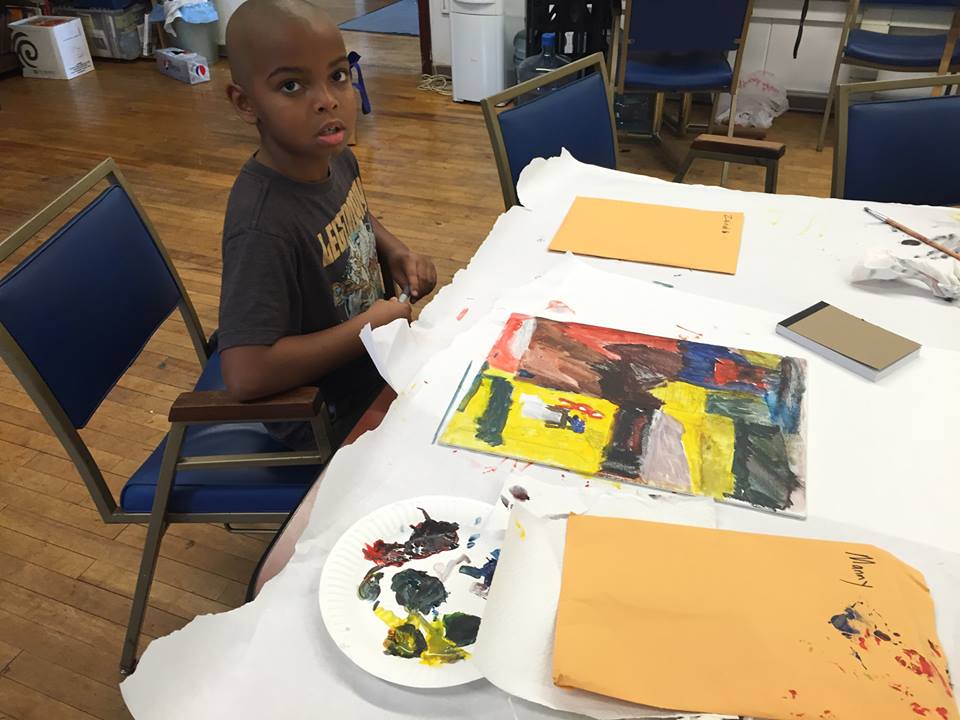 As if the heavens and our ancestors were upset about what happened last week at the AfricaTown Center for Innovation and Technology, Easter Sunday arrived overcast and with a steady drizzle.  Still, determined to the point where not much could have stopped them, upwards of 250 people packed into the buildings at S Alaska & MLK in Columbia City that housed the Center, and the after-school tutoring and community programming it offered.

But something was wrong this day.  There was a tension in the air.  Individuals and families quickly filled the space. Inside all was not well.  Inside all that was amiss, and sources of our pain, were still visible.

Walls of the main hallway and several classrooms had been scarred with racist outbursts in the form of messily scrawled graffiti.  Death threats, racial epithets, and praise for Donald Trump made up much of the messaging.  A huge swastika had also been left on the wall.   A place that is sacred to the Black community in the South End had been defiled. One of the spaces in Seattle most dedicated to community uplift had been knocked down.  It almost felt like a sucker punch to our collective gut.

The counter-punch came in the form of a press conference on Sunday given by AfricaTown founder Wyking Garrett, and other staff and volunteers.

“Many hands make light work.”  A young woman explained to me, “To me that means if we all work together we can build everything back bigger and better even than it was before.”

“I’m here to let Wyking know he is not alone going through this.”  An older black man told me.

The air buzzed with anticipation and energy.  The call to gather in that space on Easter Sunday had gone out roughly 24 hours before.  So many souls responded they virtually overflowed the building.

“We are here to help AfricaTown get back up.”  An older black woman, still sporting her Easter hat  she wore to church earlier in the day, broke it down for me,  “We are here to make a resurrection possible.” 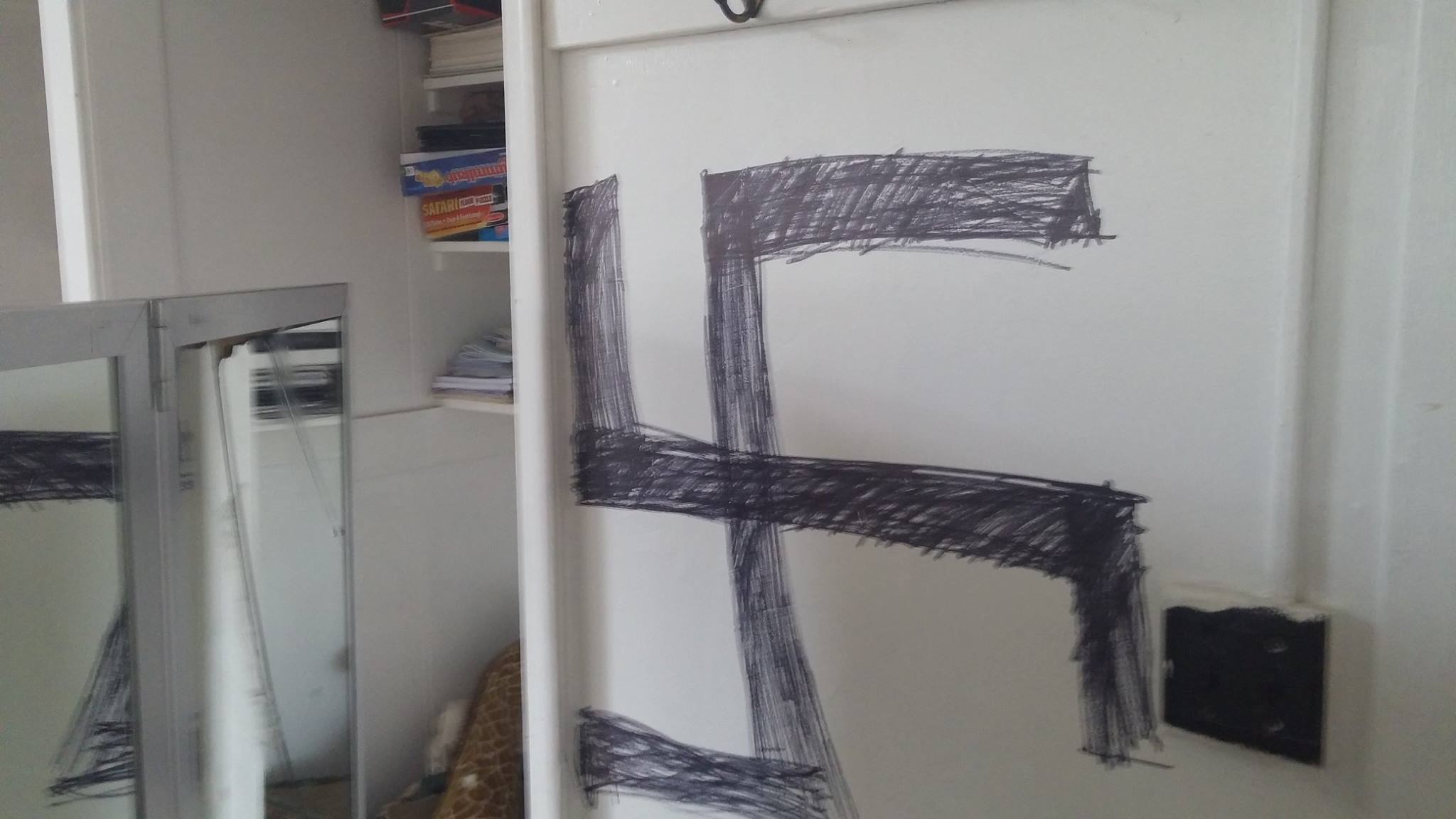 Late last week, AfricaTown Center for Education & Innovation was the target of a burglary and horrible vandalism, equipment was stolen and destroyed.  Consequently, all programming was shut down (including Umoja PEACE Center Young Geniuses, ADYA Sankofa Tutoring and other student, women’s and immigrant support services).

There is no justification for such vile and disgusting acts.  I am a strong believer in success serving as one of the best forms of revenge.  Whoever committed these crimes was trying to impede the love and service AfricaTown provides to Black families in the South End, and block the shine and warmth resonating from it as a model of Black Liberation.

Elephants in the Room

The program that eventually became AfricaTown Center for Education and Innovation began in an abandoned Seattle Public Schools (SPS) building the district decided to lease out for community programming, known as the Horace Mann building.   Africa Town was created in a time when other races in the city of Seattle had a space to celebrate culture and tell their own story, but there was none for Black people (El Centro for Latinos, Wing Luke for Asian Americans, etc).  Africa Town was created to counter a reality where increasing number of black boys and girls were being failed by the public school system to the point they were dropping out.  A group of concerned parents and community members came together to create culturally relevant programming to supplement what their children were missing from a racist school system.

My understanding is that mid lease and with little warning, SPS notified Africa Town that they had to move out so that that the building could be remodeled and would be allowed to move back in, in an expanded NOVA program (NOVA was an alternative teaching methods model that had once been housed in the Horace Mann school but had moved to a bigger space years before, once it expanded.).  The community coalesced then, like they have now.  Negotiations were undertaken.  When it was all done, AfricaTown had an agreement to rent vacant space at the corner of MLK and Alaska.   These were the buildings that had formerly housed the Interagency School Headquarters.  These are the buildings that were broken into and vandalized last week.

The renovations at Horace Mann are complete.  However AfricaTown has not been able to resume programming in the refurbished building.  If AfricaTown had been allowed to move back into Horace Mann as originally promised, many of its supporters believe the break in would have never happened.  The new, modern Horace Mann building is updated and more secure than the old Interagency Headquarters.

AfricaTown is now moving on two fronts:  Working to rebuild in Columbia City even while the struggle to get back into Horace Mann continues.  Each location has a unique story, but both are models to reclaim space for black youth and build in ways that are culturally relevant and close achievement gaps.  Both efforts are bridges to the same vision.

Basically, I say all that to say the community will continue to stand with Africa Town, the same way African Town has stood up for community time and time again.

I talked to Wyking Garrett (Executive Director of Africa Town) a bit after the press conference.  He stressed the point that any and all help is needed and greatly appreciated.  He asked me to help get the word out that donations and commitments to volunteer can be made online:

Please join me in giving what you can.  We must make sure our community led solutions and institutions are restored and rebuilt.  We must build it back stronger.

James Akbar Williams is a South Seattle based columnist, educator and community organizer.

2 thoughts on “AfricaTown: “We Will Build It Back Stronger””