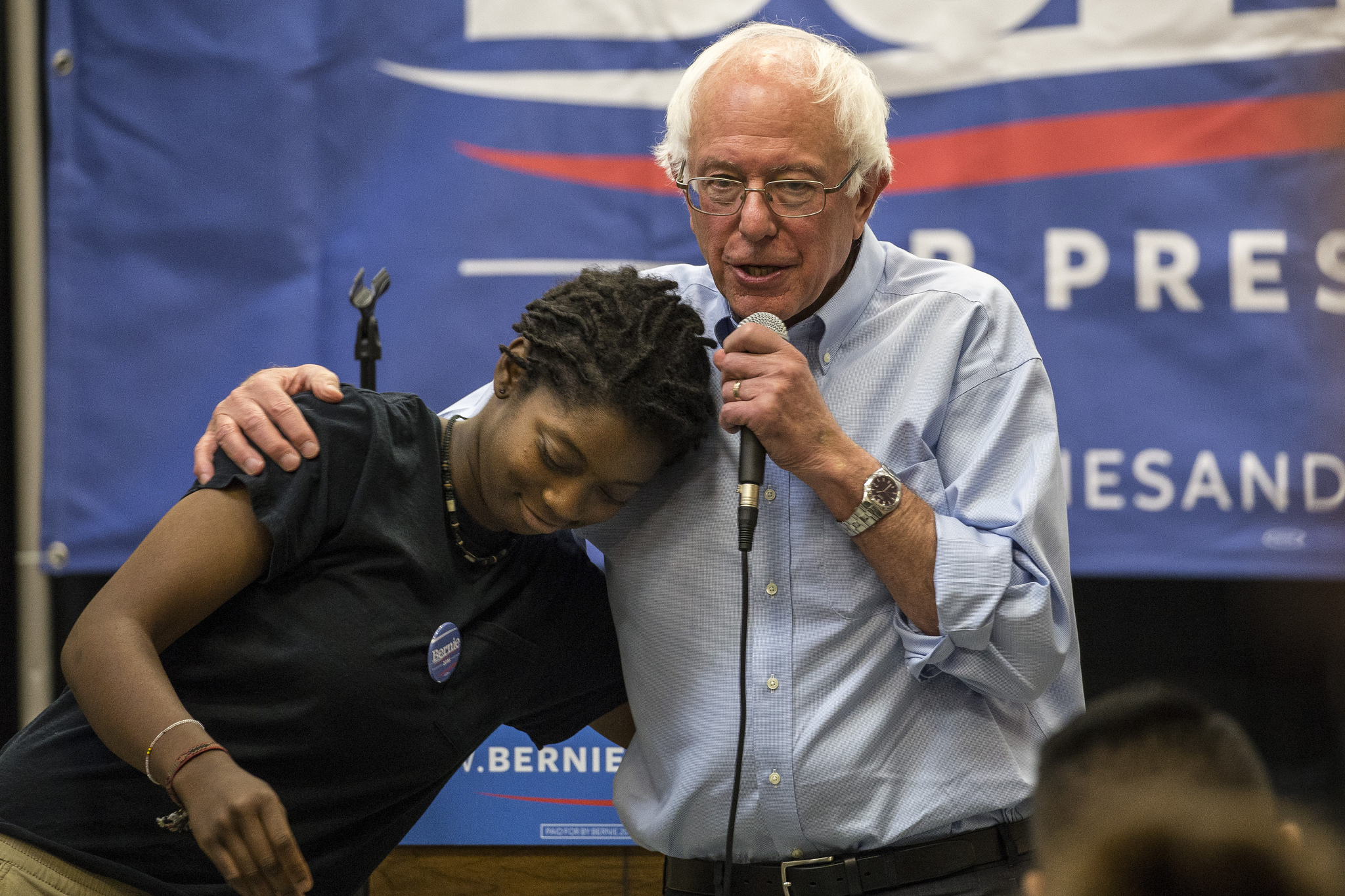 While almost three out of four Washingtonians who caucused Saturday were feeling the Bern, the Democratic Party leadership certainly was not!

In the run up to the caucus 17,000 packed KeyArena, over 15,000 at Safeco Field, and thousands more attended rallies across the state for Bernie and his call for Medicare for all, tuition free education, and a $15 minimum wage. Meanwhile Hillary Clinton focused her stops in Washington at big-donor events and one small rally at Rainier Beach High School with Seattle Mayor Ed Murray.

Elected officials weren’t the only ones shown to be out of touch. Voters also ended up being well to the left of the Stranger Election Control Board, which endorsed both Clinton and Sanders.

Regardless of one’s views about Sanders and Clinton, this much is clear: the state’s overwhelmingly pro-Clinton Democratic establishment is at political odds with a large majority Democratic voters who support Sanders call for a political revolution against the billionaire class.

At Saturday’s caucuses time and again ordinary people stood up and talked about why they were supporting Bernie – the economy’s not working for them, they need affordable health care, they are crushed by student debt.

Nor is the Sanders support some marginal, isolated phenomenon of a few “liberal enclaves.” Sanders defeated Clinton in every county of Washington state. And turnout was way up for the caucuses, nearing the record participation of 2008.

So which political leaders were standing with Seattle and Washington Democratic voters in their support for Bernie? Ironically, one of the strongest voices in support for Sanders was Seattle’s Socialist City Councilmember, Kshama Sawant, despite her being an outspoken critic of the Democratic Party for being bought off by big business.

In addition to Sawant, there were a few elected Democrats in Washington who stood with the majority of Democratic voters who support Sanders, such as State Senators Pramila Jayapal and Bob Hasegawa, along with State Representative Luis Moscoso.

But they were exceptions to the rule. The reality is the center of gravity of the Democratic Party has opposed Bernie’s political revolution at every turn. It is time for a new political party, one that actively builds campaigns like Bernie’s, rather than undermines them – a party that  rejects corporate donations and instead bases itself on the financial support of everyday working people.

The political space for such a party is clear and growing. Like any mass movement, it must be built from the grassroots on up. There is a hunger for anti-corporate, anti-establishment candidates who stand firm on issues such as racial justice, LGBTQ rights, tuition free education, single payer healthcare, opposing the TPP, a $15 minimum wage, taxing the rich, and ending corporate welfare.

Let’s take our cue from the mood at the caucus this weekend and build on Bernie’s momentum. We will need to run more independent candidates who aren’t hamstrung by the Democratic Party establishment that presides over Seattle and Washington but instead is free to champion the interests of the 99%.

2 thoughts on “Op-Ed: Washingtonians Want Bernie … Unless They Are Democratic Politicians”