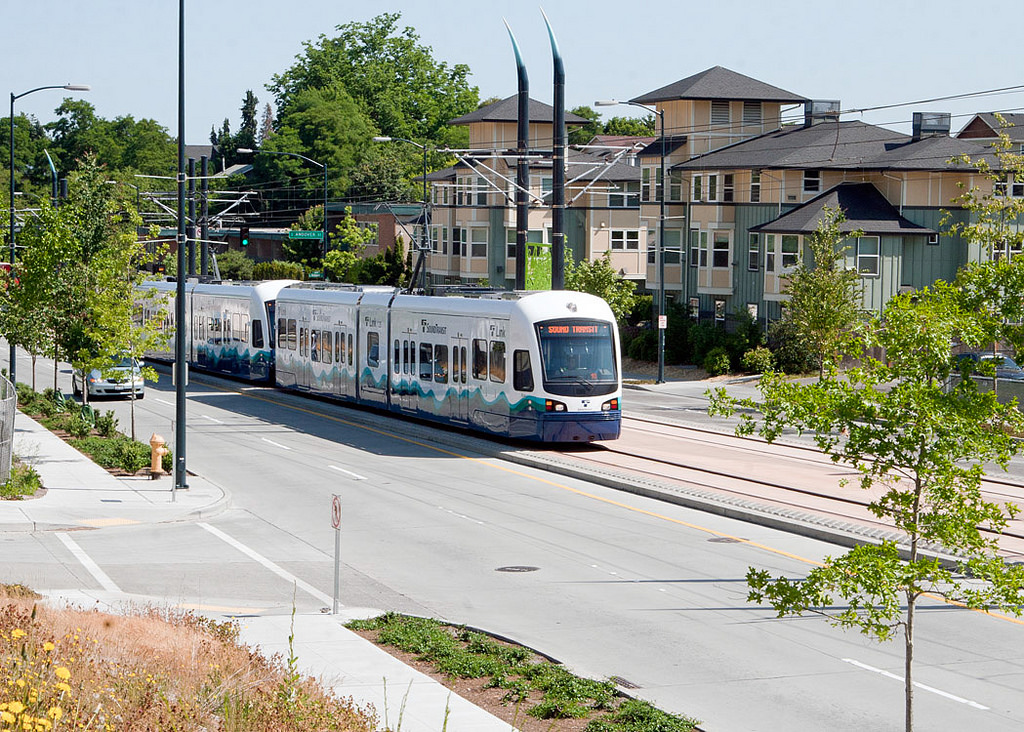 This fall our region’s leaders will be asking us to vote on Sound Transit 3 (ST3), a transportation funding package that expands service through King, Pierce and Snohomish counties. It will cost taxpayers about $27 billion in new taxes, but if the measure passes, it will increase access to affordable housing and job centers throughout the region. More importantly, we have an opportunity to change Sound Transit policies and assure communities that future development happens in an equitable way.

In the last five years our commute times have increased by 20 minutes. The more time we spend getting to work and school the less time we spend at home with our families. Our transportation system is playing catch-up with the growing population of the Puget Sound region. We squandered an opportunity to get ahead of the curve in 1968, when voters rejected a $385 million initiative. Forty-seven years later, our infrastructure is groaning under the weight of our population boom. It’s time to bite the bullet.

ST3 would require $27 billion in new revenue from sales tax (.5 percent increase), motor vehicle tax (.8 percent of vehicle value), and property tax (25 cents for each $1000 of home value). Another $23 billion in revenue would come from federal funds, some existing taxes, bond financing, and transit fares. It’s not a perfect funding mix. But given our state’s regressive tax system, these are the tools we have available to fund public works projects to keep people moving. (Nick Hanauer if you’re reading, we need your advocacy for a statewide income tax!)

The proposed transportation plan would bring long-term solutions to our congested roads by investing in transit, walking and biking access around transit stations, and some Rapid Ride bus lines. It will take some time. Some have argued that 25 years is too long to wait to have a fully functioning transportation system, however, we’ve already waited 45 years. And we aren’t completely without light rail. We currently have 19 miles built, with another 36 to be completed under the previous ST2 package. ST3 will phase in an additional 53 miles over the next 25 years, providing commuters with easier access to job centers from Tacoma to Everett to Bellevue. Details of the transit plans can be seen here.

The tax package is a big pill to swallow, but ST3 addresses an important issue: equitable development. Equitable development of future light rail is now a priority at the state legislature. The past legislative session, state lawmakers required Sound Transit sell 80% of its surplus land for affordable housing. What’s more, Sound Transit must put $20 million into a revolving loan fund to buy sites for worker housing near transit. The benefit of aligning the goals of equitable development with the policies of Sound Transit seems obvious, but the need for this explicit requirement is only just being recognized.  South Seattle played a critical role in this lesson.  Having reliable, affordable transit through our communities is important, but just as important is that the investment lead to improved services for residents already living in an area and preventing displacement.

To be sure, the development promised to South Seattle has been slow in coming. Sound Transit’s previous policies related to surplus land sales contributed to our delayed economic development along the light rail station, so the new requirements will be important for future development. Nevertheless, important policy changes have been proposed that would maximize affordable housing, create job quality standards for development projects, ensure communities are aware of contract bidding opportunities. It’s time to push Sound Transit to prioritize equitable development throughout the region.

Here in South Seattle, a major benefit of ST3 would be the development of a Graham Street light rail station to address the 1.8 mile gap between the Columbia City and Othello stations. Having a station here would increase the community’s transportation choices for getting to regional job centers, medical facilities and other services. It would also make it easier for community members from farther away to come here to access a busy commercial center, Aki Kurose Middle School, and other community assets. Adding a stop at Graham would boost ridership and hold Sound Transit accountable for meeting the needs identified in neighborhood plans.

It’s not too late to be part of the conversation. Sound Transit is hosting community meetings through the spring to get feedback and ideas from neighbors before the Sound Transit board votes in June. Additionally, they are conducting an online survey to get feedback from the community. Read the plan, then take the survey by April 29th.

You can also participate in alternative People’s Workshop, hosted by a coalition of community-based organizations like Puget Sound Sage, One America and Transportation Choices Coalition. These groups are working together to push Sound Transit to prioritize equity in their decision-making. To learn how you can help them, come to the next workshop Wednesday evening, April 13th at Highline College.