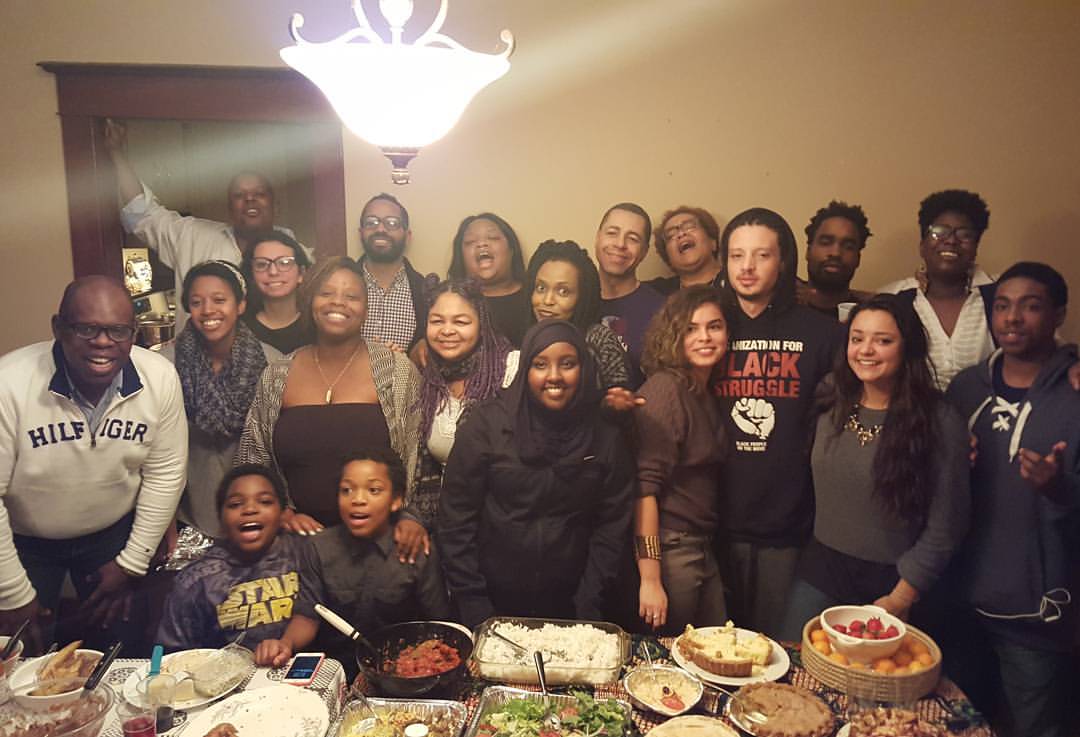 ADDING DETAIL TO OUR DREAMS

The EPIC Giving Project is a partnership between the Social Justice Fund (SJF) and Ending Prison Industrial Complex (EPIC) to develop anti-racist, community led models of raising money and distributing funds.  Over the next year, SJF and EPIC will work with a group of 15-20 community members to distribute $500,000 Seattle City Council allocated for Community Led Alternatives in the last budget cycle.  The EPIC Giving Project is the product of years of community struggle against King County pouring $210,000,000 into a youth detention center on 12th and Alder, calling for investment in community led alternatives instead.  Also, the EPIC Giving Project is what Anti-Racist Community Organizers demanded from the Seattle City Council after they passed the Zero Youth Detention Resolution last fall.  Personally, there are two primary reasons I’m invested in this work:

First, I’m still looking for a sustainable means of funding our own liberation. Through my eyes, government support, non-profit budgets, and foundation grants come and go like good weather. We need stable funding in order to really heal and build our communities for the long term. We need the capacity to raise and manage our own money.  We need to invest in our own community.  I believe we can and will learn to fund our own solutions.  The EPIC Giving Project is about figuring some of that out.

Taurean Johnson, a Project Manager spoke about why he was attracted to the work,

“I am inspired by models of black self-sufficiency such as the United Negro Improvement Association, Malcom X and the Organization for African American Unity, The Nation of Islam, Shrine of the Black Madonna in Detroit…  My hope is that this EPIC Giving Project can be part of that great history.  To me, this work is part of a much longer journey by my people fighting for economic self-determination.”

Samuel Shannon, the youngest of the three Project Managers, expressed appreciation of the foundation No New Youth Jail organizers have laid.  Moving forward, he talked about the importance of the EPIC Giving Project maintaining credibility in the community, speaking truth to power, and finding creative ways of holding both individuals and institutions accountable:

“It’s a strong project.  It’s strong because we are challenging higher authority and letting them know that their frivolous moves will be challenged every time they make a move that’s not helping to keep kids out of prison.”

The first Thursday of April was set as the date we would do interviews for the Project Manager positions.  In the weeks leading up to April 7, a couple dozen anti-racist black organizers met on several occasions to discuss and design what the interview and hiring process should look like.  We wanted to make those processes anti-racist and done in a way that’s consistent with how we try to do our work and live our lives.  In the words of Anti-Racist organizer Senait Brown,

“The ‘normal’ way of doing things placed all the power in the hands of government, philanthropic organizations, and non-profits.  When this happened, people and organizations seeking funding became accountable to well-resourced institutions rather than the communities they were supposed to serving.  We are making a model for building community and relationships while also reclaiming resources.”

Early on, it became clear the group desired a process that was transparent, holistic, respected life experiences, and honored the unique gifts each applicant would surely bring to the work.  After more conversation, we also agreed about wanting to create a process that deepened and strengthened relationships between EPIC and the applicants (Whether folk got the job or not).  We also talked about needing to hold up the People’s Institute Anti-Racist Organizing Principles during the interview.  Last but not least, we talked about getting to a place where the room could achieve consensus on whatever was the outcome of hiring decisions.  Anti-Racist organizer Laura Haldane was part of conversations to design the process for filling the open EPIC Giving Project positions,

“It’s a direct counter to white organizational culture and it allows us an opportunity to truly value human and human experience.”

LIVING UP TO OUR OWN WORDS

Thursday, April 7 was an important day for the EPIC organizing family.  Excitement crackled through the air like electricity before our General Meeting on that day, where the interview would take place.  There was so many people in the room bodies over flowed chairs and filled almost every empty inch of floor.

Applicants were in the room together for the duration of the interview as well as for the conversations that took place after it.  The job seekers took turns answering questions directed at them and all applicants heard the other’s responses.  Another special thing about the interview was that the questions being asked came from all over the room, by way of members from the community and EPIC.

All of them had been active in different capacities as part of the No New Youth Jail campaign over the past few years.  Several children in the room seemed to especially appreciate the simplicity and transparency of our process.  They followed the interview questions and each applicant’s response very intently.  Three candidates were part of EPIC interviewing.  Seven questions were asked.  Some were conventional interview questions like, “Why are you interested in this position?”  Other questions were more unique like, “Describe a time when you had to be accountable to an organizing network or to a community.” And, “How do you see this position contributing to your anti-racist leadership development?”

Each applicant spoke from the heart.  All were powerful, but spoke from their own experiences and represented different paths.  I felt like, all of them were there for a reason.  All of them brought important gifts and powerful perspective that are needed in the EPIC Giving Project.  The way everything played out as the evening grew old could hardly have been more moving or affirming of the work EPIC exists to do.  Following the group interview, we sat with the responses a few moments.

Next, we went around the circle and listened to what everyone present had to say about the position, the applicants, the interview process, and anything along those lines.  From that process, an idea emerged from the room that perhaps all 3 people should be hired to fill the open project manager position.  Everyone in the circle gave their input before the idea was agreed on.  The meeting ended with a consensus decision: Karen Taylor, Taurean Johnson, and Samuel Shannon were all hired to be as project managers of the 1st EPIC Giving Project.  The way everything played out that evening could not have been more powerful or affirming of the work EPIC exists to do.

HOW YOU CAN HELP

Efforts like this are what was envisioned and spoken into existence at events like the People’s Tribunal for Juvenile Justice that the EPIC network hosted at Seattle University last spring. The EPIC Giving Project is important because it gives communities most affected by juvenile incarceration the opportunity shape our own solutions and invest in our collective futures.  Projects like this are instructive because they put into action EPIC’s commitment to spending 75 percent of our energy creating the world we want to live in, and 25 dismantling the world we don’t.  Projects like this are important because when we dismantle the Prison Industrial Complex we must replace it with something that heals and builds community.

In the words of Project Manager Karen Taylor:

The EPIC Giving Project hopes to link and find ways of working with anyone doing good work in the community.  We want to support the ones who are already doing work to support our children, women, and families. In too many cases, our women and children are going through so much…  We want to work with youth and support others who are working with youth.  Sometimes they need to be shown there is more to life than drugs and jail.  I look forward to working with people who care about people.  I really believe the work we are doing is part of changing the world.

The group of community members who will make decisions about which community led disrupters and alternatives to detention are funded will be comprised primarily of youth, formerly incarcerated individuals, and anti-racist community organizers.

James Akbar Williams is a South Seattle based educator, community organizer and columnist. He currently resides in the Othello neighborhood.

One thought on “Bringing It Back: An EPIC Giving Project”