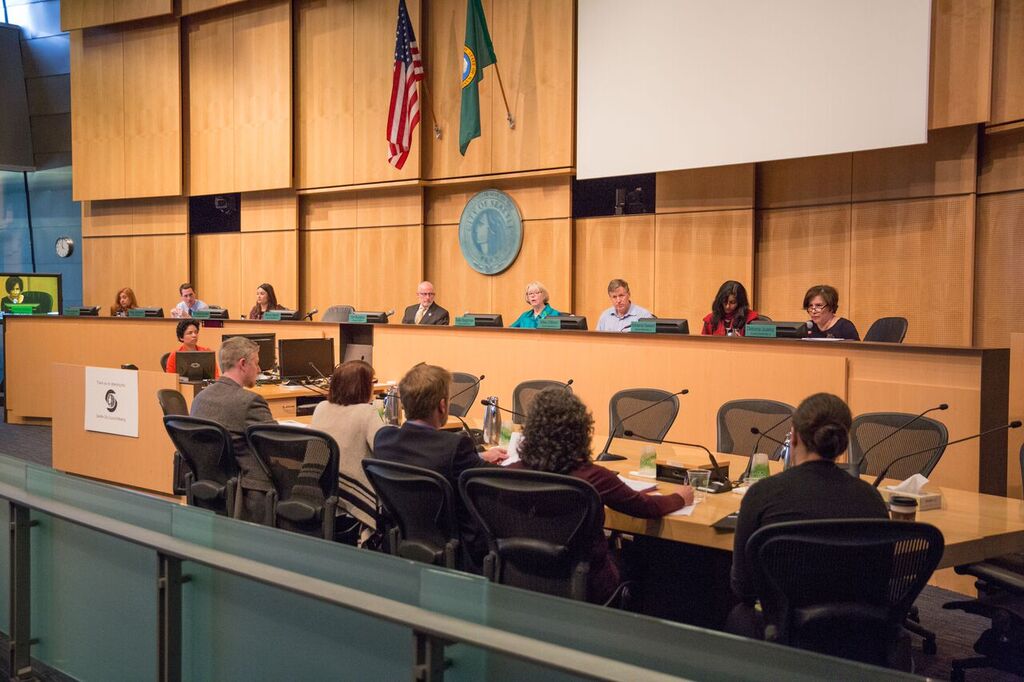 Councilmembers identified their own issues including:

The mayor has proposed the renewal and expansion of the 2009 Seattle Housing Levy that will expire at the end of this year.  Voters will be asked to approve $290 million in property taxes to be collected over seven years, from 2017 to 2023. Nine percent of the funds will go towards administrative costs.

This ordinance will also limit the annual levy collection to approximately $41.4 million. The broadest purpose specified for this levy is that the funds shall be used to finance affordable housing  and related services for low-income households. The ordinance defines a low-income household as one with an income of less than or equal to 80 percent of the median income in the city.

This ordinance will also create an oversight committee to monitor and report on the progress of the levy programs and to make recommendations to the mayor and the city council.

According to the mayor’s proposal, Seattle homeowner’s with a house valued at $480,000 will pay approximately $122 annually toward the new levy, a yearly increase of $61 above the 2009 housing levy.

Councilmember Tim Burgess, chair of the Select Committee on the 2016 Housing Levy, said that feedback on the proposed levy has been overwhelmingly supportive.

“We have had a couple of individuals who have raised objections because of the size of the tax, saying that they do not want their taxes to go up,” Burgess said. “This has been fewer than five people.”

Among about a half dozen spectators at the meeting was Mellie Kaufman, who tries to attend as many meeting as she is able on topics pertaining to housing and homelessness. She has been homeless twice, first from 1999-2004, then again in 2011, before moving into an apartment in June. Kaufman is a vendor for Real Change, an organization providing employment opportunities for low-income and homeless people. She has been looking for a permanent job since 2014 and is  is hopeful about the passing of the 2016 proposed housing levy and the opportunities she said it will afford her in terms of housing within the city.

Kelly Rider of the Housing Development Consortium, who was also in attendance, said she is encouraged by the strong support for this levy from the council and looking forward to it becoming a ballot measure this coming August.

“We think that this levy is very important to renew,” Rider said.

This committee will have two more meetings and will then need approval from the city council to be a ballot measure in August, when it will need a simple majority to pass, that is 50 percent plus one, to pass.