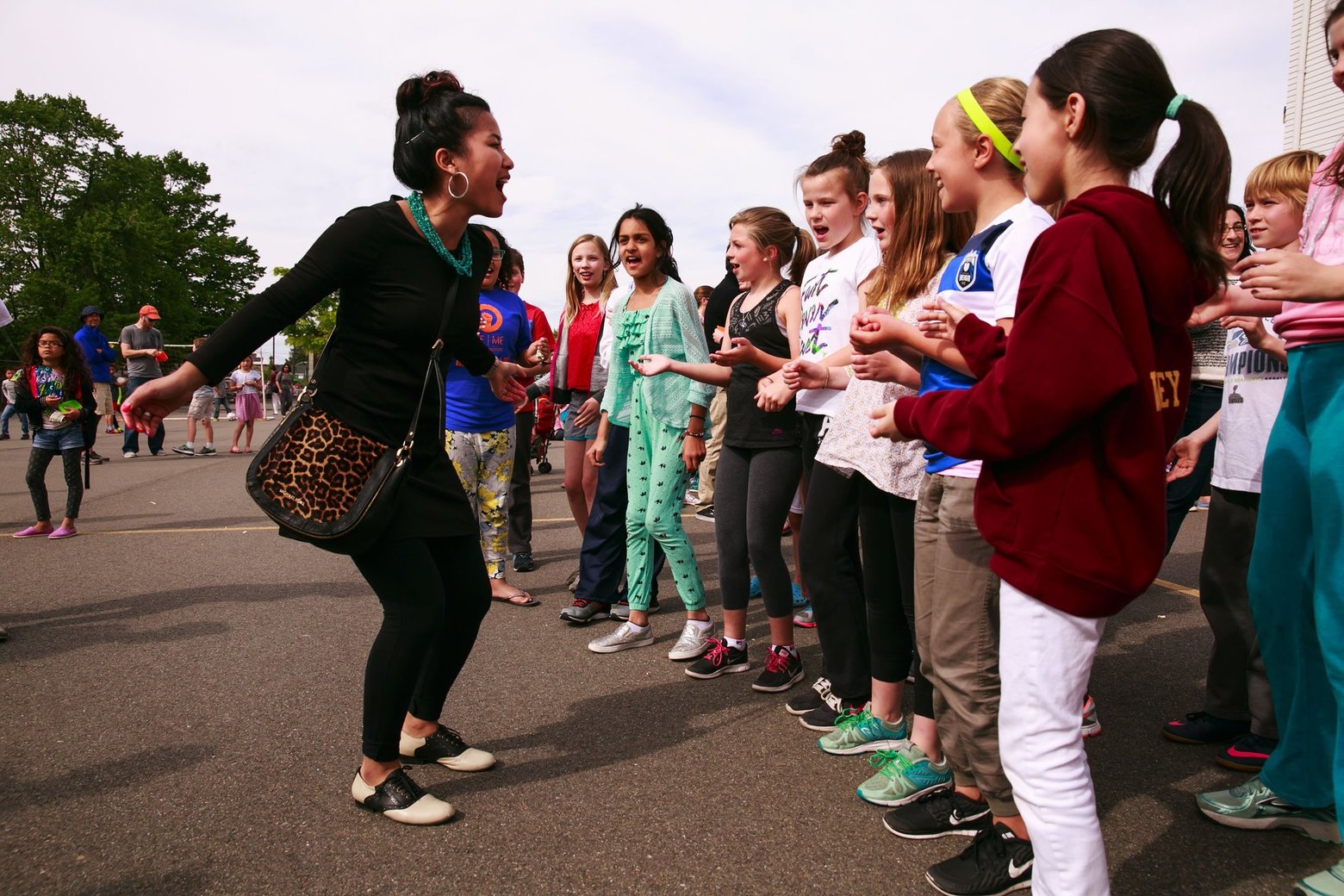 A summer-learning program at Seattle’s Rainier Beach High School that emphasizes community service and social action is hoping to raise enough money to continue this summer.

The program, called Children’s Defense Fund Freedom Schools, has been held at schools around the nation for 20 years.  Last year, it was held for the first time at Rainier Beach High School, where the students worked on increasing the number of transit passes available to low-income students.

But this year, program leaders were told that Seattle Public Schools might not be able to provide full funding for this coming summer, said Laura Wright, program director for Freedom Schools at Rainier Beach. Last year’s budget was about $80,000.  It lasted for six weeks, and about 70 high school students participated.

Teachers and students, at Rainier Beach and other schools, are hoping to raise $25,000 by May 1 to ensure that the high-school program will be held this summer. On Tuesday, for example, fifth-graders at Seattle’s Queen Anne Elementary raised $2,500 by selling artwork, jewelry and baked goods outside their school.  The students had met Freedom Schools staff members and students earlier this year, when they spoke at a Queen Anne assembly.

“We were really inspired,” said Sarah Goldman, a fifth-grade teacher at Queen Anne. “We thought ‘we have to do something,’ and the kids have been excited about fundraising. They’ve been bringing art to donate, making treats. The entire community is excited.”

Earlier this year, the Freedom Schools students succeeded in expanding the number of students who receive free transit passes to get to and from school.  Before the students lobbied for the change, Seattle students who lived within two miles of their schools weren’t eligible for a transit pass.  Now, students from low-income families can get passes if they live closer.  For middle-school students, the distance is 1-1.5 miles from  school; for high-school students, it’s 1-2 miles.

The Freedom Schools students marched from district headquarters in Sodo to Seattle City Hall and testified about the difficulties they face getting to school. They also hosted a town-hall event in late October to share stories about their commutes. A month after the Town Hall event, the Seattle City Council approved its budget, which included $1 million to pay for the passes.

Students and teachers also testified at Seattle School Board meetings in early 2016 after the board postponed its vote on whether to accept the grant from the City of Seattle. Students received the transit passes in early February.

Donations to the Freedom Schools can be accepted at https://rbhsfreedomschools.squarespace.com

Featured image is of Darozyl Touch with the Children’s Defense Fund Freedom Schools at Rainier Beach High School, leading a cheer with Queen Anne Elementary fifth graders after school on Tuesday. Photo is courtesy of Erika Schultz / The Seattle Times.