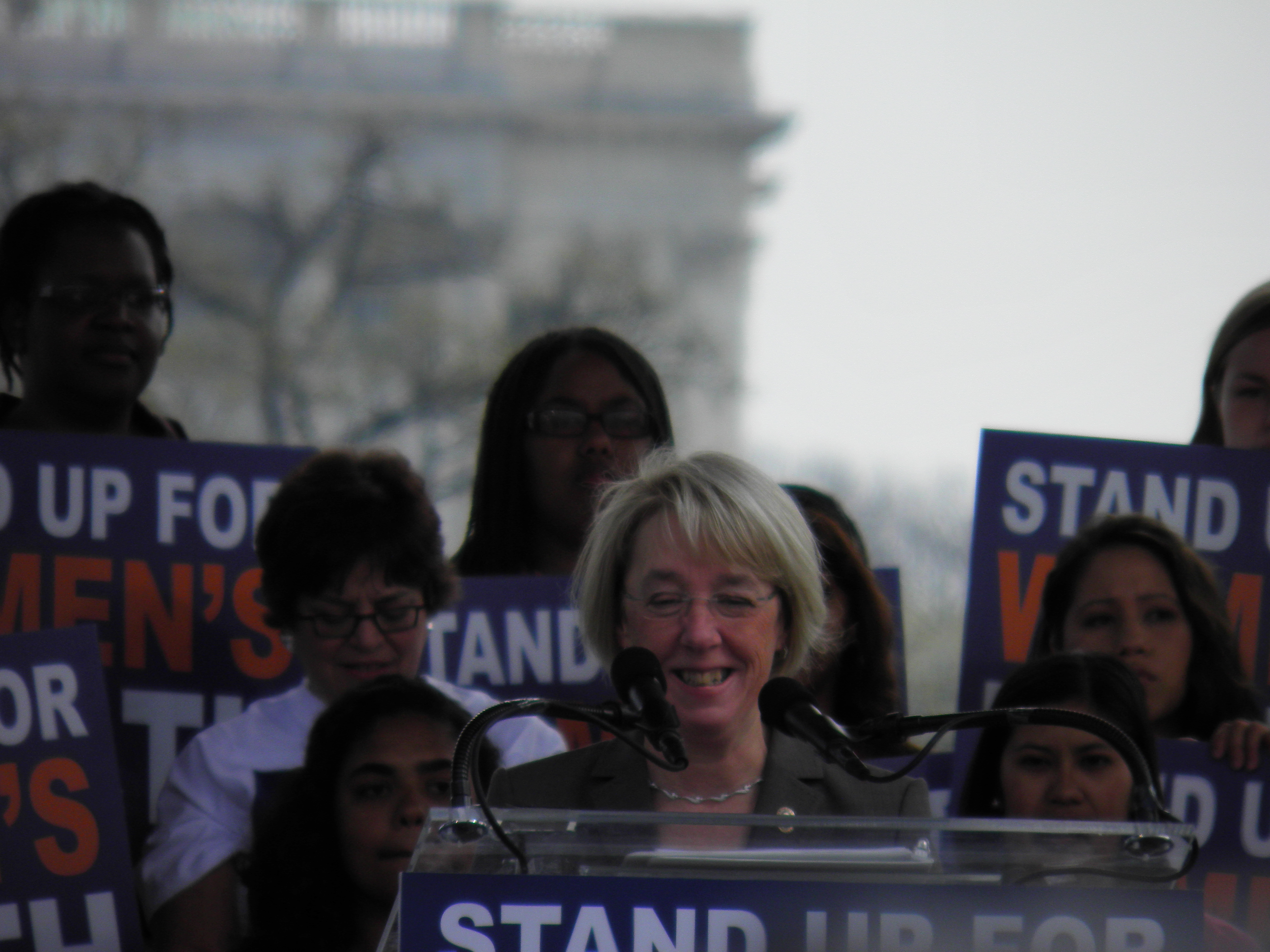 Senator Patty Murray is going to win reelection by a very comfortable margin, so please stop being put out because she allegedly supports both the Trans-Pacific Partnership, and Hillary Clinton for president.

By all outward appearances Sen. Patty Murray is well on her way to another term as our US Senator. Her opponent, former State Republican Party Chair Chris Vance, isn’t gaining any traction outside of Republican circles.

Murray’s work in the Senate is exemplary; she is a true champion for women’s health care and constitutional rights, and fought back attempts by the Republicans to shut down the government over funding of Planned Parenthood.  She was instrumental in passing legislation that fixed No Child Left Behind. She drove legislation that became law to train workers, especially veterans, for 21st century jobs.

Despite these and many more accomplishments some local Democratic Party Organizations, have decided to not endorse the four term incumbent in a misguided effort to “hold her feet to the fire” over TPP and support for Secretary Clinton.

Well, it is time for a reality check. Washington State stands to gain if TPP is adopted and Sen. Murray knows this.  30 percent of Washington Exports and over 50 percent of imports come from or go to TPP countries.  Two in five Washington jobs are dependent on foreign trade.  Since 2004 exports from Washington have increased 141 percent with our current free trade partners.

TPP will slash tariffs on our agricultural exports, which are currently as high as 40 percent, giving our farmers access to more export markets.  Tariffs on US manufactured goods will be removed allowing for Washington’s leading export, aerospace, to be more competitive in the global marketplace.

These facts mean jobs stay and grow right here in Washington state, and since the US has some of the lowest tariffs in the world there won’t be some mass influx of cheap Asian goods, because TPP changes very little for imports to the US.

As for Sen. Murray’s support for Secretary Clinton, remember she is a super-delegate to the Democratic NATIONAL Convention not the Washington State Democratic convention, and she is free to and should vote for the candidate she feels is best for the nation.  Secretary Clinton currently holds the lead in pledged convention delegates, popular vote and contests won so it would seem that Sen. Murray has made the right choice so far.

So Seattle Democrats it’s time to wake up and realize the lack of endorsements by local party organization over TPP and the Senator’s super-delegate vote is not a big enough fire to hold her feet to.  We need to get to work organizing to make sure Donald J Trump never hears “Hail to the Chief” played as he enters a room.  That starts with endorsing and reelecting Sen. Patty Murray.

2 thoughts on “Op-Ed: Dear Seattle Democrats, Time to Get Behind Patty Murray”