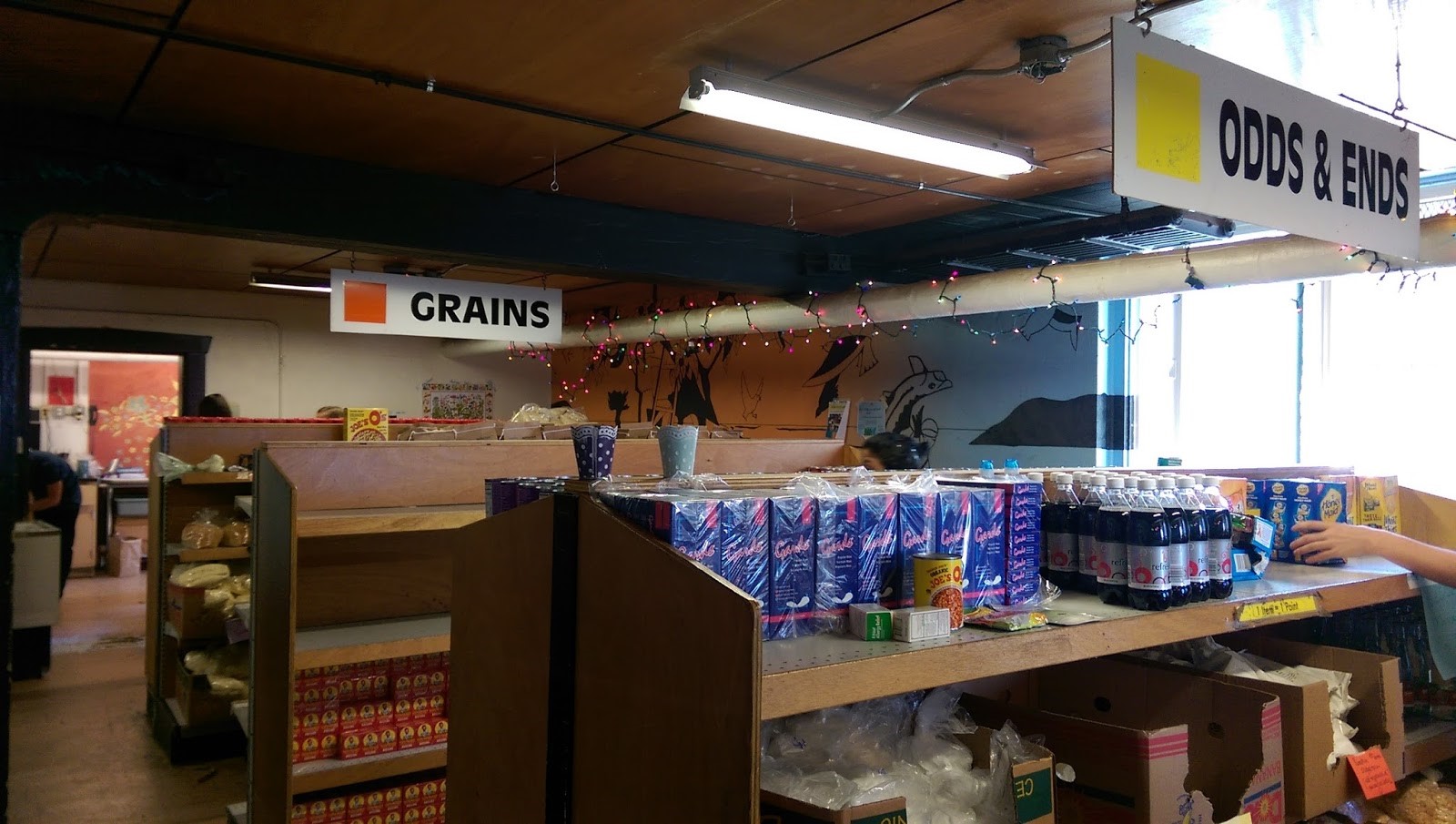 Alison Pence, director of Food Bank @ St. Mary’s, hears from teen health centers that some students at Franklin High School are regularly sent to the nurse’s office with upset stomachs. But food poisoning is not the problem.

These students are oftentimes homeless, and they suffer from hunger pains, caused by poor nutrition and missed meals, said Pence.

“We barely reach those homeless kids in the schools,” said Pence. “There’s no funding to get the specialized, nutritious food for growing children.”

This is the kind of situation Seattle’s food banks try to address, but getting food into the hands of the city’s hungriest isn’t always as easy as it sounds.

The state of Washington’s politicians have prioritized the promotion of healthy eating and healthy lifestyles, as evidenced by Seattle’s Food Action Plan. The plan endorses food affordability and nutrition, especially among low-income communities. Though in spite of policies and planning, the state remains about average in terms of hunger.

According to the United States Department of Agriculture Economic Research Service, recent data indicates that the state of Washington ranked as the nation’s 23rd-hungriest state. And the state had a food insecurity rate of 13.7 percent; whereas, the national average was at 14.3 percent. Click here to view an interactive data visualization.

Nationwide, most food banks say they run lowest in the summer months, because the holidays are when they get the majority of their food donated. So the month of May’s Letter Carriers’ “Stamp Out of Hunger” Food Drive, backed by the U.S. Postal Service, is a very important opportunity for food banks to try to collect healthy donations.

Even when food banks are well stocked, sometimes the available food is not very nutritious.

Some food donations include candy, chips and soda, but when there are hungry mouths to help feed, it becomes hard to say “no” to free food

“Food can either be thrown away, or given away,” said Dave Reuter,  manager of University District Food Bank. “We choose to give it away.”

“Sometimes, a percentage of the canned donations are expired,” adds Pence. “But we will not give these out to clients.”

Donors are often times advised not to bring canned foods to food drives, and instead provide monetary fund donations, said Pence. A food bank’s purchasing power is far greater when going straight to the supplier or wholesale.

Food banks are largely community driven and self-funded, said Reuter. This past year, 70 percent of University District Food Bank’s funds came from the public, 20 percent came from religious and charity organizations , with the remainder coming from the state.

In order for food banks to focus on nutrition and healthy eating, money is a must, he says.

On a grander scale, aside from fundraising and marketing, Seattle’s local food banks said they are participating in conversations, as community leaders try to find solutions to the lack of nutritious food, said Darrell Bulmer, associate director communications of Hopelink.

Originally, food banks were started in the 1960s in the hopes that they would be necessary for only a short time, but the need for them never went away, said Reuter. But now, some community leaders believe there is a better way.

Now, some in the field want to work towards replacing food banks with community food centers based heavily on the Canadian model. This model works to address food insecurity principally by education.

“Less food banks and more community food centers will help address food insecurity at its roots,” said Fisher. “It will help people if they are taught how to prepare, cook and produce healthy foods.”

Some community leaders say that community food centers are not enough, though, and that to truly address hunger will require society to address the primary causes of poverty, including a lack of addiction recovery services, family services, home centers, healthcare and education.

“We need to create community centers that are all-encompassing, not just food-focused, said Mike Cox, bank manager of FamilyWorks. “More collaboration between social service agencies is the best way to go, plus it will reduce redundant paperwork and bureaucracy.”

On one thing all food bank operatives agree: addressing hunger will require a commitment to a basic standard of nutrition that is the right of all Americans.

“America is the home of plenty,” said Reuter. “But America doesn’t even guarantee the right to food, water and housing.”

One thought on “Food for Thought: Time to Reassess Food Banks”