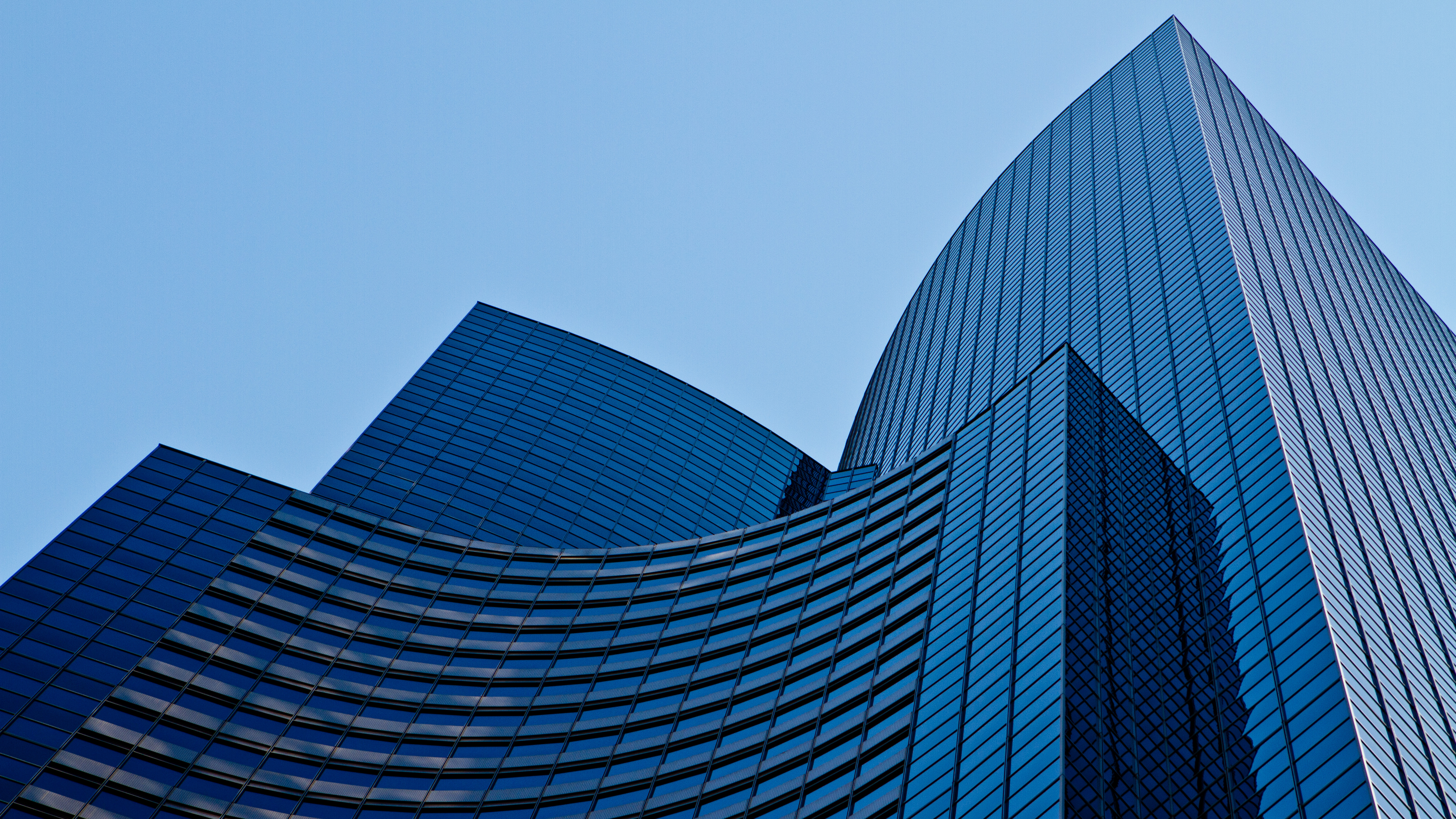 We tied up the phone lines last Thursday. All. Day. Long.

Every fifteen minutes, the receptionist at Howard S. Wright/Balfour Beatty Construction picked up the phone to hear yet another voice demanding the company cancel their $154 million contract with King County to build a new youth jail.

Interrupting business-as-usual is but one tactic in the years-long, broad-based support of the No New Youth Jail Campaign, led by EPIC and other collectives of people of color and those most affected by the disproportionate incarceration of people of color. Representatives from the anti-racist white organizing group European Dissent planned yesterday’s call-in as a part of a multi-year effort to engage Christians from predominantly white churches around ending the prison industrial complex. We did this as a way to speak to our own people — white people, the people accruing material, emotional, political, and social capital from a system of mass incarceration.

Organizing against the construction of this youth jail is about dismantling racist systems and structures. It is also about seeking to build up another world where we don’t incarcerate children. As the prophet Isaiah says, “I am about to do a new thing; now it springs forth, do you not perceive it? I will make a way in the wilderness and rivers in the desert.”

Seattle organizers in EPIC and YUIR are doing a new thing. Vision building, artistic gatherings of poets and artists, new community partnerships and development of community-based restorative justice programs have all emerged with a vibrant soul force, alongside the standard political offerings of lobbying, City and County Council testimony, letter writing, teach-ins, vigils, marches, direct actions, and even a lawsuit against King County which lays out the many ways the public was mislead about this project. These are activists and organizers actively dismantling a system that is caging and traumatizing youth. These are activists and organizers who are trying to create a new system of love and liberation.

This is a way in the wilderness and rivers in the desert. And we might not recognize it at first — there were some unique aspects to this day of calls.

(1) We called, and called out, a private company.

Many of us, especially white folks, are accustomed to calling our elected officials: they work for us and are supposed to be accountable to their constituents. That we would hold a development company responsible for how they make money was a bit of a leap. But in this increasingly wealthy city, we have come to understand that corporations call the shots.

Howard S. Wright is a local company. They built the Space Needle for the World’s Fair. Their name is on numerous landmarks that create our modern skyline and house the leaders of our now-burgeoning economy. Their Company Creed reflects the values of the Wright family, stating their dedication to “doing no harm” and “creating communities” and “delivering dreams.” But in 2011, Howard S. Wright was acquired by international conglomerate Balfour Beatty, the third largest builder of correctional facilities in the nation. Both now profit daily from the prison industrial complex and mass incarceration.

Progressive Christianity in the United States has a proud history, and in its best moments takes seriously its right and responsibility to hold all institutions accountable for how they make their money. From divesting from apartheid South Africa in the 1980s to more recent movements to de-fund fossil fuels and private prisons, Christian institutions have shown tremendous resolve to disprove the US myth that corporations should be given the autonomy of individuals, interrupting economic structural evil and the erosion of democracy.

Let us be clear: we are living in an apartheid city in Seattle. We are draining the resources of poor communities and communities of color. A prison does not have to be “for profit” to make a profit. This is a moral issue that we cannot let stand in our midst and our very humanity hangs in the balance.

(2) All of the people who called Howard S. Wright are white.

European Dissent was asked by EPIC (Ending the Prison Industrial Complex) to organize our own people. As white people, it can be tempting to only show up for racial justice when there are people of color around. It is critical that we take our lead from people of color, but we must be clear about what we have to gain as white people from undoing racism. Otherwise, we will jump to the next social justice issue when it becomes the new flavor of the month.

We are rewarded for being complicit or actively participating in a system that dehumanizes all of us. White folks are constantly being asked to disconnect from the reality that our privileges are created through violence against people of color. To truly dismantle the school to prison pipeline, we must reform our fixation on determining what is wrong with people of color and examine the pathology of white supremacy. School curriculum matches white culture and worldview only because of the erasure of all other narratives and ways of understanding the world. White neighborhoods feel “safe” because police are targeting and harassing people of color, and because of the economic violence of gentrification. White wealth is built on generations of a capitalist economic system dependent on the commodification of people of color. To be white in the US is to be in a state of profound moral and spiritual crisis– to be infected with the sickness of white supremacy.

We do not see children of color as fully human if we are able to put them in cages under ground along 12th Ave, as is happening in the current and proposed new youth jail facility. As our humanity is compromised again and again, we also fail to treat fellow white people in a humanistic and loving way as well.

As Howard S. Wright got calls every 15 minutes or less, we got more and more reports about a very tired and frustrated receptionist. She was the gatekeeper between us and the company president, Dan Peyovich, the pinnacle of institutional power and target of our ask. As it so often happens, the frontline staff of an institution receive the brunt of anger and frustration from a community asking them to change. As white people, how often do we end up in a position protecting an institution from healthy and uncomfortable change?

(3) This action grew out of a two-year effort to engage predominantly white churches.

Last week’s call-in was the most recent action from a growing base of Christian-identified anti-racist organizers, supported by white people of other religions  and beliefs. Over the past year, this group has twice held worship at the offices of Howard S. Wright urging them to stand on the right side of history. They have written hundreds of emails and letters, donned clerical collars and requested in-person meetings. It is a testament to white privilege that 70 people could pile into the Howard S. Wright office lobby and hold the space for half an hour without police being called. And it is a testament to white supremacy that even these efforts have not shifted the scales as King County and Howard S. Wright continue to value profits over people.

As predominantly white churches, we may not have “Company Creeds” like that of Howard S. Wright citing dreams and communities and safe havens. Our aspirational language lives within our denominational creeds or covenants, where we proclaim to “be the Beloved Community,”  “strive for justice and peace” and “see the face of God in one another.” However, we, like Howard S. Wright, can fall short of these goals. Internally, we too often fail to recognize the violence of white culture within our spaces of worship, and externally are blind to the way we perpetuate white colonialism and imperialism in communities at home and abroad.

To feel helpless in the face of our failures or inactions is to continue to stay in the desert, to wander in the wilderness. Organizations, whether churches or development firms, are made up of people, and people are equally fallible and creative. Only when we are willing to struggle together as vigorously as we are willing to dream and vision together can we realize a reality where we are not dehumanized by racism. As white people, we must take risks, build accountable relationships, and take action for our own collective salvation. Together, we can do a new thing — do you not perceive it?

To Connect: European Dissent strives to be a community of loving accountability. Come to a monthly community meeting to learn more and build relationships. Meetings take place the 4th Tuesday of every month. Or find us on Facebook at European Dissent Seattle.

To Hold Howard S. Wright and Balfour Beatty Accountable: Call them today and tell them that it is unacceptable to make money by jailing children (Howard S. Wright Co.: 206-447-7654) and contact Claire West (famous.claire@gmail.com or 206-909-8758) for more information about upcoming actions and events.

Featured photos is a cc licensed image via Nicola/Flickr

One thought on “Op-Ed: Creeds and Community: Faith-Based Organizers Keep the Pressure on Howard S. Wright”