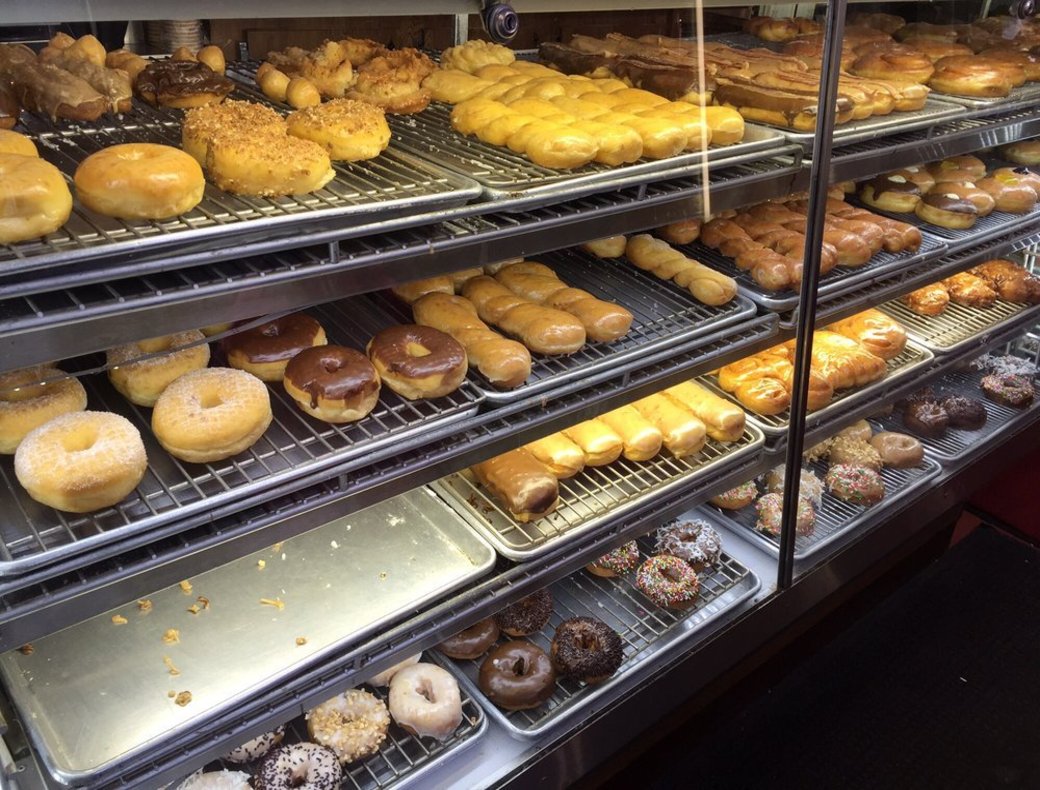 A pillar in the South Seattle community for nearly thirty years, King Donuts in Rainier Beach announced on Monday afternoon that the donut shop and laundry mat will be closing its doors this December.

The news sparked an almost instantaneous reaction on the Rainier Beach/Skyway Facebook page, with shock, sorrow, and speculation as to why the shop was closing running rampant in equal measure.

The offline response was just as intense, as King Donut fielded a flood of phone calls and in-person visits from dour customers who hoped the news was not true, according to Channa Hay, daughter of King Donuts owners Heng Hay and Chea Pol.

“People have been coming in all day asking us why we’re closing. It’s really simple, my parents are retiring after working 14 hour days for almost 30 years,” said Channa, who was finishing up a 14 hour shift of her own on Monday evening, as one customer came in to the shop to announce she would have to find a new place to eat after coming into the shop at least twice a week to order teriyaki for dinner.

Over the past 24 hours, Channa says that she has had to correct a great deal of misinformation about the reasons the shop was closing, with a few news outlets running stories on King Donuts despite not speaking to, nor seeking clarification from her family.

She also shared that the Hay’s, who live in the Skyway neighborhood, originally intended to keep the announcement of their plans to sell the business relatively quiet, hoping to find a buyer for the venerable donuts shop before her parents retired.

However, the owner of the building King Donuts resides in, at 9232 Rainier Ave S, decided to move ahead with advertising it was for lease, posting a sign in front of the shop just a few days ago.

According to Channa, the building’s landlord is open to retaining the business at the shop’s current location should a new owner purchase King Donuts before her parents retire.

Cold comfort for some who view King Donuts as embedded in the DNA of South Seattle, specifically the Rainier Beach neighborhood.

“You know how long King Donuts and the Hays have been here? I remember going down there and eating at King Donuts when I was in High School. I can’t believe they might not be there anymore,” said an incredulous Latonya Anderson, now in her mid 40’s, who was still processing the news.

King Donuts has a long history of community support.  After Heng and Chea were attacked in January of 2015, members of the Rainier Beach neighborhood rallied around the donut shop, filling its walls with cards and flowers, participating in a peace march, and donating  thousands of dollars towards the Hay’s medical expenses.

This past spring saw volunteers from the community give the building a pink paint job, and design and paint a mural featuring a donut with a crown on it that sits on the shop’s south side.

As far as what’s next for the Hays, both Heng and Chea are looking forward to trading in their long days for some long deserved relaxation.

Channa, the Hay’s eldest daughter, who has been involved in the family business since she was 12 years-old, will be returning to complete her Masters Degree in Health Administration that she stopped working towards after the attack on her parents. She also plans to get married.

Spirits should pick up a bit, however, as Channa stresses that though King Donuts closure is imminent, it is not immediate. People will still be able to satisfy their cravings for donuts and teriyaki fix at the shop until this winter.

“It will just be a long goodbye, but a good goodbye,” says Channa.