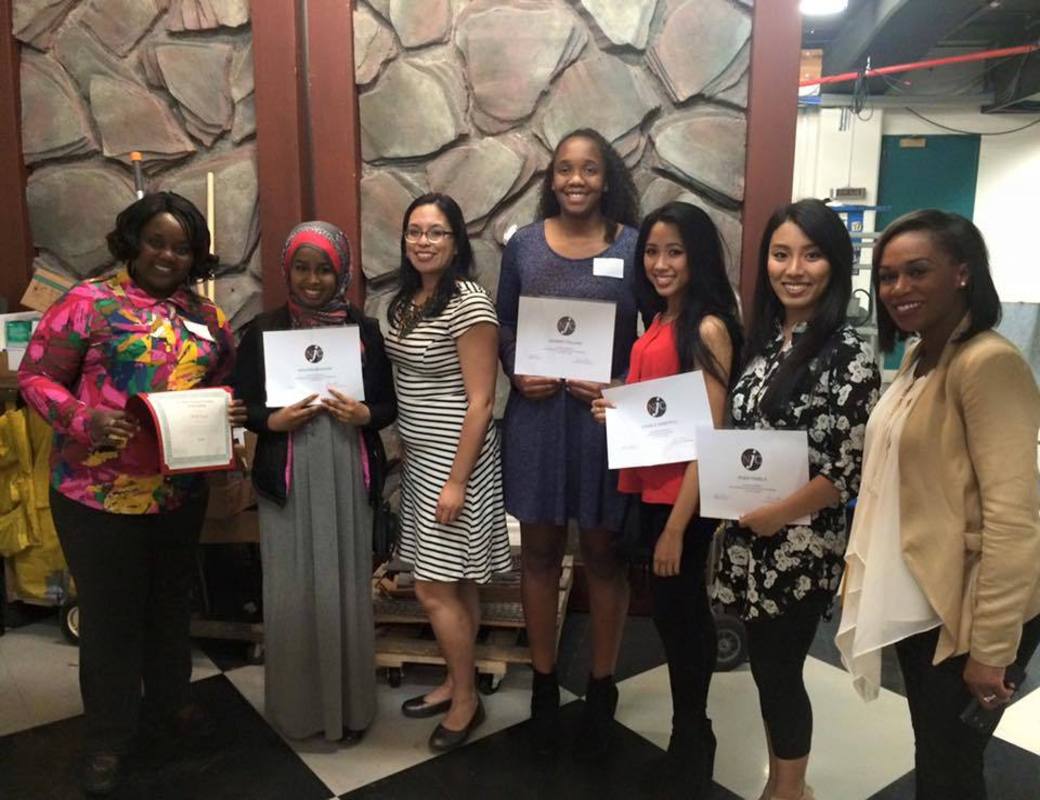 The following remarks were given at the Northwest Journalist of Color Scholarship Reception on Thursday June 2nd at KIRO TV.

In addressing you today, as a fellow journalist of color, I was able to settle on the fact that the most important message I can relay to you is not how critical journalism is to you, but how critical all of you are to journalism as well as our society. How powerful you are in this new media landscape where the tried and true is daily being replaced by the new and innovative.  Where there are no longer any exclusive gatekeepers to information, just trusted sources of it.

And I want to let you know that yes diversity is important in our newsrooms, printed pages, and to our on air talent, and yes it is important that our media better resembles our population.  But diversity quite frankly is not enough. You see, I share the same fear as many journalists of color who believe our industry, much like other industries claiming to harbor the best  of intentions, uses the word diversity synthetically, similar to how politicians use liberty, freedom and justice, words barren of any authentic meaning when the times comes to place them into the realm of action.

The call for diversity in our news industry today has persisted just as stubbornly as the composition of a media that is more than 90 percent White, and 63 percent male.

And yet the response to this plea for diversity remains just as stubborn from our media, a variation of: we know we have a problem… or… we’re trying… or… we’re committed… and yet those words rarely produce equivalent action.

Don’t get me wrong; I’m all for diversity, but diversity without addressing what rots the core of our society and by relation our news media, will produce only the minutest improvements.

Because our media in its everyday coverage, just like our society, is dominated by a narrative that centers whiteness; meaning the experiences of the dominate (read: white) group in our society are taken to be universal, empirical reality, and a baseline for how others are to be perceived and evaluated, even as it masquerades as objectivity.

Media, like most of our country’s systems and institutions, is a structure of power for, dominated by and founded on a  supremacy of whiteness, and has been used as one of the single greatest forms of oppression, controlling the framework of how communities of color our viewed, and how those communities at times view themselves.

This supremacy manifests itself so openly when people of color are presented as caricatures rather than fully formed human beings upon their deaths, or at times when the worst of them is put on display to be used to demonize an entire ethnicity for the faults of one, or worse when their concerns and plight are met with silence until it is too late, such as the case in Flint, MI.  So instead they have to scream loudly about their community’s circumstances reminding you explicitly that indeed their lives do matter whether or media believes this to be the case or not.

A sprinkling of black, brown, yellow and red faces will do no more to dull the potency of the problems inherent in the media’s structure,  anymore than having a predominantly Black police department in Baltimore has ended racial discrimination and police brutality in that city. Because it does not matter how many tokens any industry has, they alone will not summon up enough change at media organizations whose default is the hegemony of thought of one group, and who have no willingness to turn the scrutiny used in their reporting upon themselves to ask how they may be perpetuating a racist system.

Just how dangerous the lack of introspective found in our industry is, was made clear to me a couple months before I started my publication, the South Seattle Emerald. I was doing a freelance assignment gathering comments about what residents of South Seattle liked about it.

I’ll never forget a young man I bumped into in Rainier Beach, on the corner of Henderson and Rainier Avenue.

His response to my question on what he liked about the South End was: nothing. It was the same response he gave after  I asked him, ‘well what do you like about yourself?’

“Nothing”, he said again, because “they never say anything good about me.”

The “they” in question for him was our news media.

He had seen too many times in his area, predominately composed of Asian and Black people, the media come to cover a car chase that happened in the middle of a community parade, but never the parade itself.

Too many times he’d seen the media depict someone as the one  exceptional person of color who achieves some sterling accomplishment , but never the  people belonging to the community who year, after year, after year have shaped and modeled the savant.

Too many times he’d seen the media cover the death of a friend, as just another statistic, as just another cadaver they called a convict, felon,  or rapist, no matter how long ago that was, free of all context that composed the rest of his friend’s life.

And perhaps it’s naïve of me to believe that had our media actually said something good, something serving as a positive reflection of him, that that young man would still be alive, because he died, killed in a shooting related to some petty robbery, believing he was nothing.

But I’ve always wondered, because you learn in this business that people live into the narrative they are told about themselves.

I can’t tell you how much the everyday, “ordinary” story that someone either sees, or does not see, impacts their life.

And maybe our media is not responsible for his death, but there is a crime that they are culpable in every day and, that is a death of imagination, an erosion of trust, and an apathy for people in our city who continue to be swept towards its margins.

In just this past year alone, I’ve seen reporters dismiss the concerns of some within the Asian Diaspora to the fact that the category of Asian mask the health and financial disparities faced by those in the Laotian and Cambodian communities, joking that “They’re the model minority, what more do they want?”

I’ve seen a murdered African-American man treated worse than his killer in story, and I’ve seen news rooms when pressed to reflect on the insensitive way they’ve covered a musician of color, dismiss her essay about her treatment by them, as a mere publicity stunt.

As many mistakes as the founder of this nation made in crafting this country, a truly free, truly probing, and truly curious press was one of the great things they got right, which is why it is the only industry listed in our constitution.

Media can function as a corrective in our society,  that like any human endeavor will never be wholly just, or fair, or egalitarian, but can be better, can be superior to that what has come before.

Our media is the mechanism to solve unnatural and stubborn power imbalances that exist in our society, due to wealth, due to race, due to gender. It is the one place that, yes must speak truth to power, but most all speak that truth as loudly and as profoundly to those who increasingly feel powerless within our society. It is where the rich share equal footing with the poor, where the weak are an equivalent match for the strong, and where the marginalized can occupy the core of civic discourse.  It is the main transmitter of ideas about who we are, but more importantly about the possibilities of who we can be.

It is supposed to be a mechanism, yes for diverse perspectives and opinion, but it is most of all supposed to be tool of equity, something it increasingly fails at.

And that is truly a shame because every day we need journalism devoted to producing the stories of people who don’t look like us, think like us, dress like us.  We need their own voices to speak about their own lived experiences. We need to learn that in an open society , in this experiment we call America there is no better, no worse, but only different, wonderfully, stunningly, equally different,  and that difference is to be treasured, protected, promoted.

It is our media that has the obligation to show us that the shade of humanity we find foreign in others, though it may appear strange and distant to us, is actually indistinguishable from our own.

It must be journalists of color who lead a new movement within our media that does not just press for but creates equity in our industry, because those communities continue to be impacted and perniciously effected by a media that just either cannot or will not get it right, to the point it seems many in it have simply given up attempting.

It must be those journalists of color who take it upon themselves to collectively usher in a new era in our media, complete with a new structure dominated not by one group, but shared amongst many, where a competency of culture and context is not an expectation, but a requirement

I know that I’m asking a lot from those journalists of color here today. I know I’m asking a lot of you as young men and women, young people, but I am asking you Ahlaam, Mohammed, Rhea, Jasmine, Merdie, Jaden and Starla.

I ask you that you not accept this industry as it is, an industry where many times you’ll be the only person of color, unfairly tasked with speaking for your entire community, feeling the anxiety that comes always with the decision between adherence to a company line out of fear of reprisal or speaking your truth as a person of color.

I ask you to fight every step of the way, because you must fight. This is how change happens, from people pushing it to be so. It is the narrative of our society that can change if you will it.

I already know this power resides in you as young people, because you are here today. It resides in you every time you step in a classroom, news rooms, or sidewalk to report.

I ask you to lead in creating new organizations, new platforms, and new media because as the old media crumbles, or seems to commit suicide by Donald Trump, there will continue to be space for new journalism to step in, and there will continue to be holes to fill, continue to be opportunities for you to lay claim to a media and its power that others will lay down willingly because it will no longer be an effective enough business model to provide a return to shareholders.

You, you have the power to create a media that is robust, that elevates humanity over the sensational and that replaces a system of white supremacy with one that is truly multi-polar, where diversity is no longer talked about but embedded, and by doing so you can usher in a world as it can be, and should be.

I hope you never doubt that power. I hope no matter where you go, you remember that, because there is a vast world of young men and women who are starving to hear and see something that resembles life as they live it.