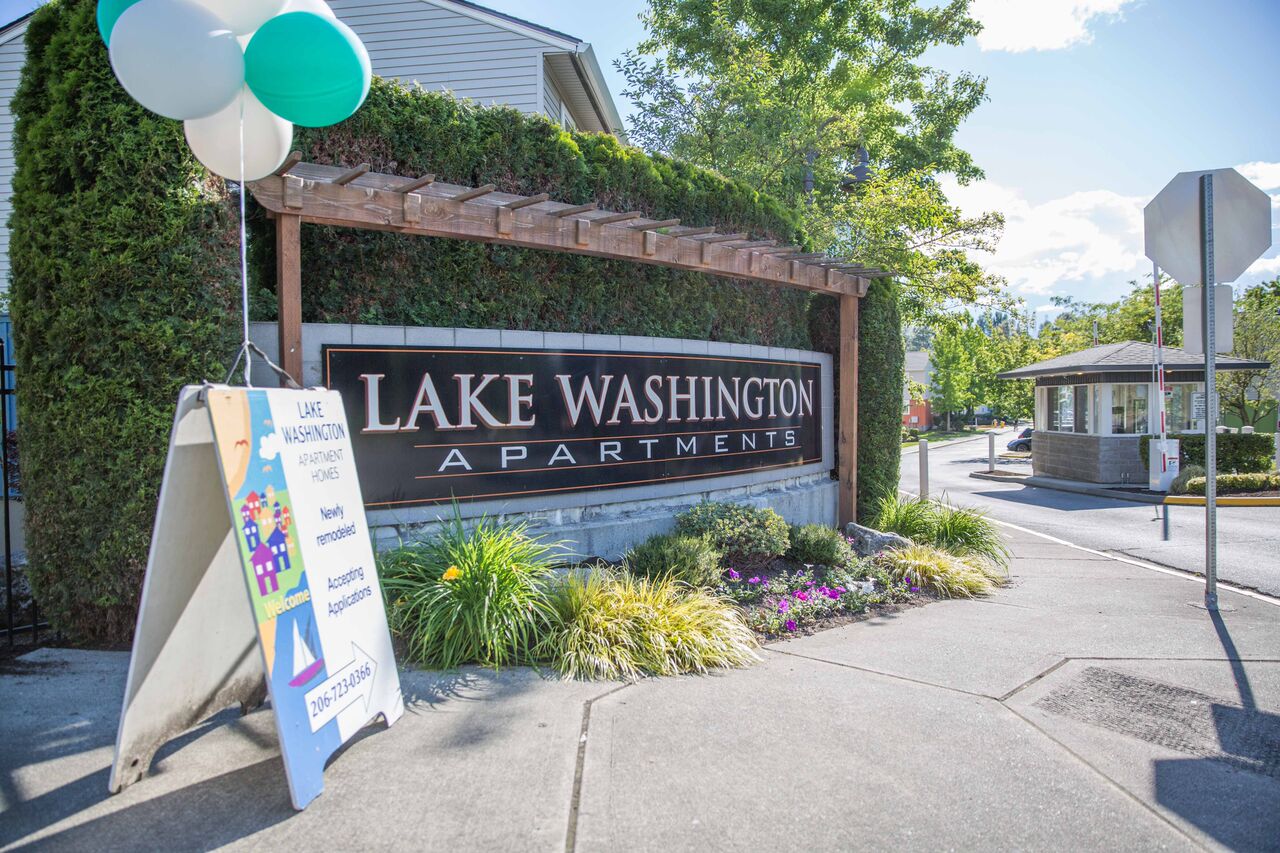 With a serious housing crisis looming over us like a dark cloud, the Lake Washington Apartments provide shelter from the storm. As you arrive, you immediately notice the gate and guard house, but on closer inspection you see children playing tag, kicking soccer balls, and mingling with other kids that don’t necessarily look like them. This was the scene at the community gathering held last Thursday to celebrate the recently completed rehabilitation of the Lake Washington Apartments.

The apartment complex, originally purchased by SouthEast Effective Development (SEED) in 2001, had fallen into a state of disrepair. SEED saw an opportunity to create a positive influence in the neighborhood by providing affordable housing. A series of grants, local and state funds, and federal tax credits helped SEED purchase the property and make a few immediate repairs. Fifteen years later, after teaming up with Bayside Communities, the 379-unit apartment complex got a $50 million renovation. New flooring, cabinets, kitchen appliances, washers and dryers have been installed in each apartment.  The complex is almost completely occupied, and has been since the completion of the rehabilitation in November.

Ella Kolonja has managed the Lake Washington Apartments for the past five years and sees the community as a unique example of affordable housing. “It showed how much affordable housing is needed in the city of Seattle. We’re very happy to fill that gap. We have several service programs for the residents which I have not seen in many apartment communities where I have worked before.” Those services include youth services, weekly art programs, high speed internet, computer labs, and job search and application assistance.

Kim Calander is the Director of Real Estate Development for SEED. “This is the first place where a lot of immigrants come. Many from East Africa, Ethiopia, Somalia. It’s a place where they are learning about American culture, learning the language, and figuring out how to get a job. They come here, they have a supportive community, and then after a while many of them move on. They find work, they start making more money, and they’re able to move out. It’s a place where people land and they have a community.”

The gathering began with a few opening comments from Lance Matteson, the Executive Director of SEED, and then Basil Rallis, representing Bayside Communities, spoke on the importance of affordable housing community. Steve Walker from the Seattle Office of Housing spoke on the City of Seattle’s involvement on the project, and how excited he was to see it come to completion, and Faith Pettis, a participant in the Housing Affordability and Livability Agenda, attested to the importance of filling the 20,000 units of affordable housing by funding and supporting projects like the Lake Washington Apartments.

The event made its way to a concrete bench that had been covered in a tile and glass mosaic designed and constructed by children of the apartment complex who participate in the art program. Over 16 children participated in the art bench in addition to helping with the community garden. As the event drew to a close, a recently vacated apartment was shown, giving those who attended a sense of the work that had been done. Thick carpet covered the floor, the smell of fresh paint hung in the air, and a new stove gleamed, waiting to cook its first meal. Clean and cozy, the apartment in building five looked ready to welcome its next resident.

One thought on “Renovated Apartment Complex a Boon for Affordable Housing”