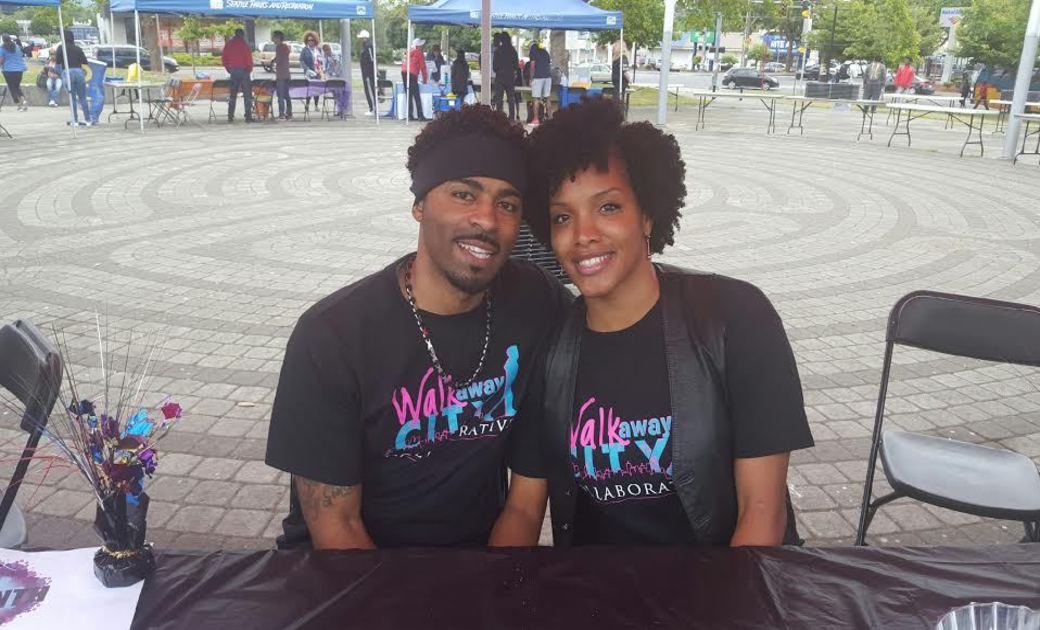 The weight of negative habits was once so heavy it almost crushed Michael Passian’s future.  He could feel greatness constantly nudging him but the nudges were always overpowered by the consequences from bad decisions. This was a nightmarish pattern, a vicious cycle repeating  itself throughout Passian’s  early life. The failures and disappoints gave Michael the strength to build up a resilience to resist the negative choices that once threatened to rob him of his potential.

That exact message is one the 36-year-old community organizer hopes to impart on Seattle youth this Saturday as he convenes the second annual Walk Away Day.

An amalgam of youth rally, peace march, festival and public mass rejection of vices, the day will commence at Franklin High School at 9:30am Saturday morning as hundreds of Seattle youth gather and pledge to abandon bad habits hampering their lives.

After receiving a t-shirt, raffle ticket, and a balloon to scribble down the vice they wish to discard, they will journey 1.4 miles to Genessee Park for the festival portion of the event, replete with a DJ, musical bands, drill teams, free hair braiding, resource tents, game booths, bubble soccer, and inspirational speakers.

The idea for the day came to Passian two years ago after reflecting upon his own life and what it took for him to “literally walk away from his old life” for a life of positivity.

“No matter how much potential you have if you’re not able to make some hard decisions to let go of some stuff, your potential will always just be potential. We always seem to have a cap on our brilliance. Yes we have a lot of systems, there is a lot of exterior stuff, but if we can master ourselves, we can rise above those systems,” says Passian.

While his desire to hold the event was never in question, organizing last year’s function was a steep learning process for Passian, who had never before orchestrated anything the size of Walk Away Day. The Central District native had to juggle procurement of sponsorships, vendors, food, resources, grant funding, park permits while attempting to garner media coverage, and plan activities. Mind you, all while working a full time job and parenting three preschoolers with his wife Cedtrecia.

He describes the process as feeling like a weary swiss-army knife. The pressure of having to juggle his job requirements while pursuing his dream finally came to a halt when Passian decided to resign from his employer.

When asked about his leap of faith Passian says “looking back, I realize that putting in my 2 weeks’ notice was never my decision, I was chosen to complete an assignment and because it’s a calling when I jumped out the plane God has been my parachute”

Passian, who barely looks older than most of the youth expected to attend Saturday’s event, says he learned much from the inaugural Walk Away Day, which is why he went into planning mode for this year’s almost as soon as it was over, networking and searching for funding.

“I’ve learned to just be persistent and to keep knocking on doors. It will bring positive momentum. Truth is like a bubble. It will eventually float to the top,” he shares.

This year, the event has been aided by Seattle Parks and Recreation who will be offering its vans to transport kids to and from the event.

The city of Seattle also kicked in grant money, some of which went to t-shirts, event insurance and securing artists.

Passian acquired the majority of the tablets and laptops that will be given away at Saturday’s event from community members, in contrast to last year when he depended primarily on donations from companies such as Microsoft.

And while he knows the swag operates as an enticement to attract youth to the event, he knows they’ll receive something far more valuable from the messages they’ll be inundated with throughout the day.

Many of them will be delivered by four keynote speakers, including Passian himself, who will speak an hour apart from each other beginning at 1:45pm.

“I wanted keynote speakers to be relevant and to inspire. They all hold their own weight. I wanted them to be able to inspire, man.”

That should not be a problem for Dominique Davis of the gang prevention program Youth 180, who will be speaking Saturday.

“Our community has to walk away from helplessness and fear,” says a passionate Davis. “We have enough resources and power to walk our young people out of darkness. It’s time we walk away from asking for help and walk into helping ourselves.”

To guarantee the message is heard, Passian plans to hold raffles just prior to speakers taking the stage, instructing all game booth attendants and sports referees to cease activities during that time and direct youth towards the stage, while music from “The Price Is Right” signals the start of a drawing. After the names of the winners of laptops and tablets are announced, the captive audience will then be addressed by the keynoters.

Even with resource providers offering employment opportunities, health screenings, and internships, Passian views this time as the most important of the event.

“I want the momentum of everything that took place in that park to stick with them, so they’ll carry it with them into the summer and into their life. They’re going to be in a positive environment where words of encouragement and support are spoken to them. I want enough downloaded onto them that it’s going to affect their choices this summer,” says Passian, alluding to last summer that saw an uptick in gun violence in the Central District and South End, much of it youth related.

However, Passian sees preventing a replay of last summer’s events as just one hoped-for outcome of Saturday. He stresses that he wants it to change lives, much like how his own was transformed.

This is why he looks forward to the end of the event, when he takes the stage and all of the youth in attendance hold their now blown-up balloons with their vice written on it in their hands. He’ll ask everyone in unison to shout out the negative aspects of their life they’ve decided to walk away from and then release the balloon.

All of them will watch as their vices float farther and farther away, until gone for good.