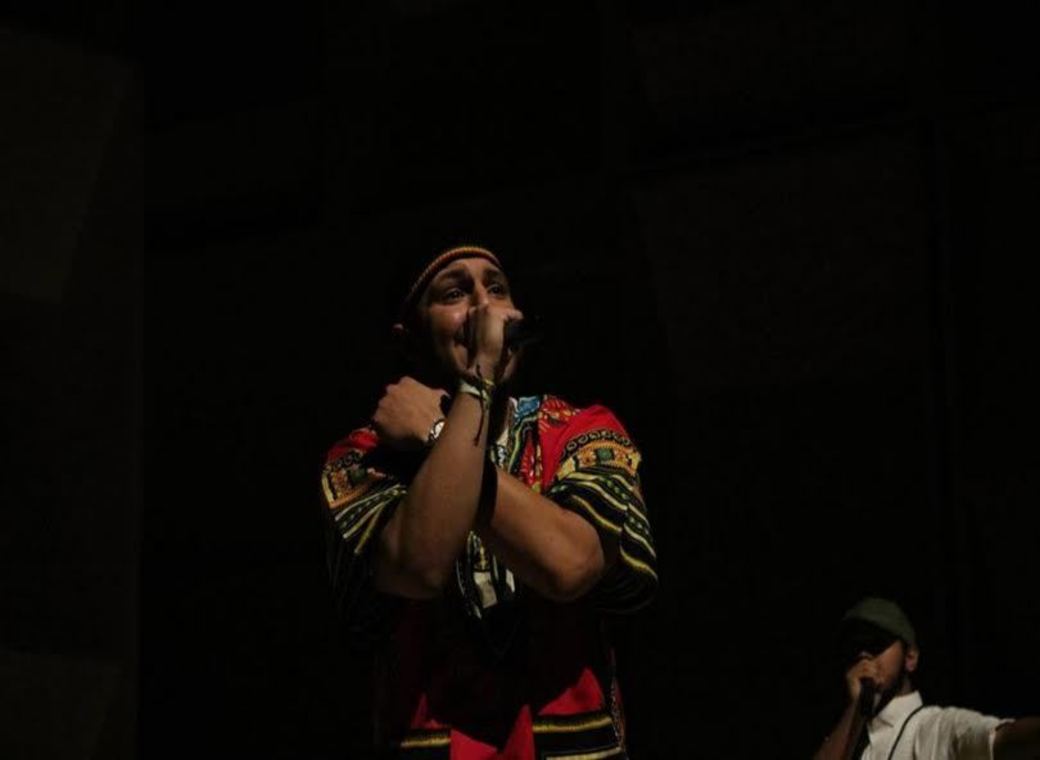 This weekend’s BAAMFest will bring a host of talent to Rainier Beach for a day of celebration, creativity and positivity for all in the community. Among several activities taking place Saturday afternoon are performances of poetry, spoken word and hip hop from a trio of talented writers: Reagan Jackson, Jerrell Davis and Essam Muhammad.

For Davis and Muhammad, the path to writing began on the blocks of South Seattle.

You may remember Davis from his feature in our 15 Under 30 series, or from his performance at The Emerald’s two-year anniversary party, or from the ton of community service work he continues to do around Rainier Beach and beyond.

Growing up in the South End, Davis’s roots as a performer began in Columbia City, where he and friends started “Empire Nights,” an open mic event named after their original gathering location at Empire Espresso. The group would grow, as did their talents, and eventually they brought the event to the Inner City Bible Fellowship a few miles south.

The open mic nights quickly became a venue for critical conversation, community organizing and support through difficult times. It’s also where Davis bolstered his confidence in writing and performing his work in front of new audiences.

Though the Empire Nights ended soon after he graduated high school and went on to college, Davis continued to look critically at the environments around him—especially as he navigated life on Queen Anne while attending Seattle Pacific University.

He laughs at times when reflecting on his years spent in college, recalling meeting people who had never heard of South Seattle before, and certainly never dared to venture onto Metro’s route #7 to visit.

Davis can probably count the number of times he’s been back to SPU on one hand; these days he spends much more of his time and energy working within the communities that raised him, particularly Rainier Beach High School. As a servant-leader-educator, Davis wears many hats ranging from mentor to teacher, and basketball coach.

It was also at Rainier Beach High School where Davis recalls meeting Essam Muhammad for the first time during a community event held to combat the growing levels of Islamophobia in the country.

Muhammad grew up in Holly Park, navigating several of the South End’s immigrant communities. Muhammad was introduced to the Southeast Asian community through his father, who is of Cham ancestry, however his mother’s Amazigh Moroccan heritage, gave him a kinship with the East African peers he grew up around as well, specifically those of Oromo and Somali descent.

One of the beauties of growing up in Seattle’s public housing developments is that many who live in them are able to form community with other individuals and offer one another support, knowledge and a financial safety net that often doesn’t exist when moving to a new country thousands of miles from home with a different culture and new language.

Often times, living within this beauty can also bring forth a feeling of inertia—seemingly being completely stuck—whether that be in poverty, discrimination, or systematic oppression; many who’ve grown up in Seattle’s projects can recall at some point beginning to think critically about the institutional problems soaked within the places they’ve called home.

Whether coming from Holly Park, Rainier Vista, High Point, or Yesler Terrace, as poor black and brown youth growing up on the periphery of Seattle in nearly every imaginable way, it becomes evident that we are all victims of many of the same forms of oppression.

Muhammad brings a voice to the feeling of growing up witnessing this injustice in a track he released in May entitled “West is My Home,” where he reflects on the brutal reality of life in the West for black and brown individuals that often makes him question why he’s been placed here—why does he call this place his home?

“Far away from my birth place, feels like I’m in a worse place. Still slaves but there’s no chains.”

He continues in the song to point out that in order to bring change to the system we must fight back and demand our freedom. It’s clear that music and poetry is Muhammad’s way of doing this, as the aggression and urgency within the bars of his lyrics can almost be felt physically when listening to his delivery.

Muhammad’s writing sprouted in college at Seattle Central and UW Bothell, where he made relationships that profoundly impacted his development as an individual. He continued becoming a stronger writer, which would eventually come to influence his work as a musician and artist.

Like Muhammad’s experience in both poetry and music, Davis’s position as a poet and community activist is also intersectional, which is what makes the work of both artists so powerful.

Though their features at BAAMFest will be major stepping stones for both artists as performers, they don’t seem to be focused too much on themselves. Both prefer to deflect the attention to those who’ve helped them get here, and to those younger than them who might take the stage in years to come.

Muhammad will be joined onstage by a close friend of his who will be creating a visual art piece during his performance, and Davis has mentioned plans to bring some of the youth he works with on stage during his set as well.

There’s no doubt that both Davis and Muhammad will have a lot to say come Saturday, and we’re all ready to listen.