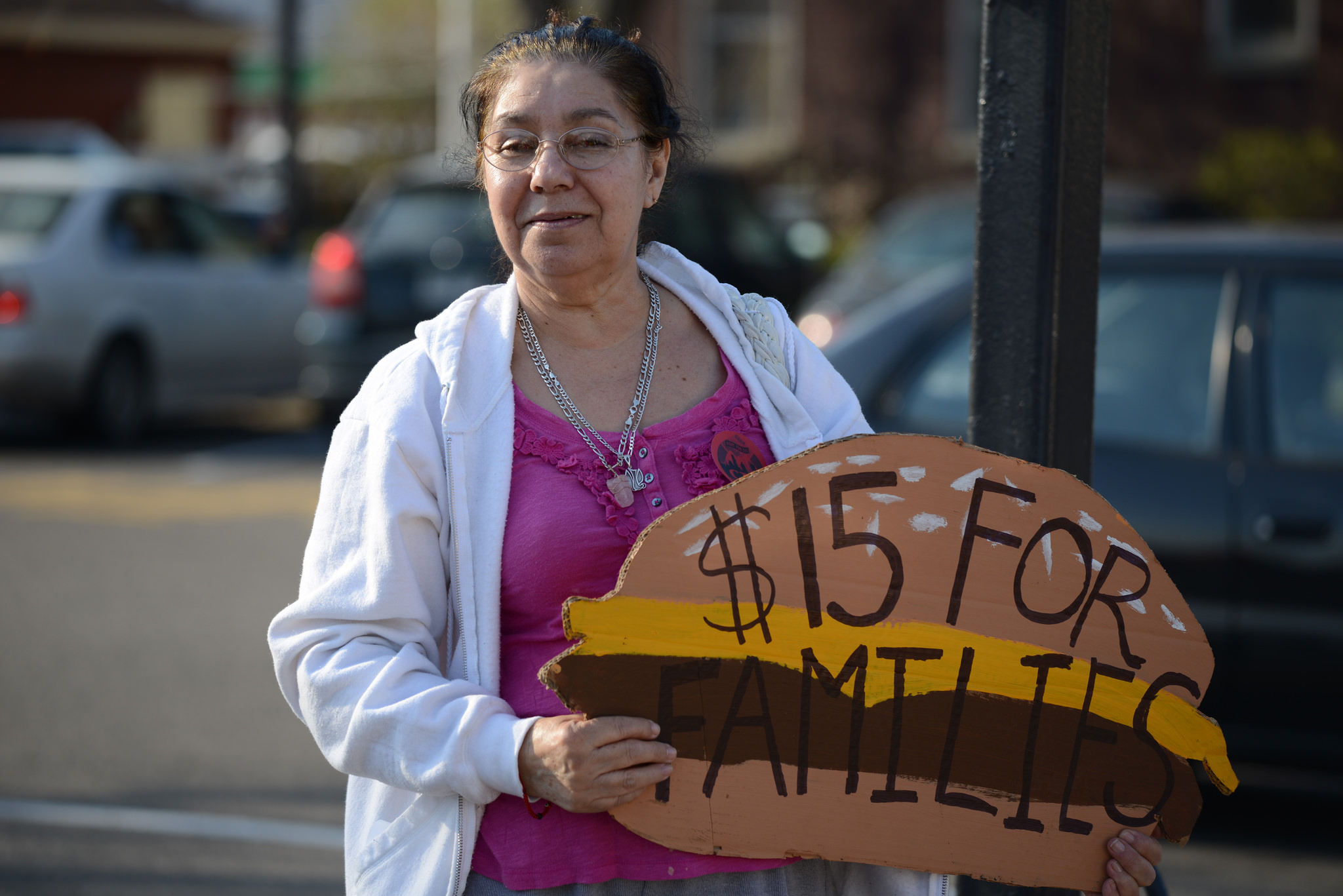 Or at least, that was how Councilmember Tim Burgess characterized Seattle’s economy following a presentation from the interdisciplinary team at the UW who are focusing on the public health and economic impact of the (eventual) $15 minimum wage in Seattle.

According to the team—who also found that the increase didn’t drive up prices in an earlier study—employment and wages in Seattle reached record highs in 2015. They called it “a very good year,” even though employers were forced to pay a teeny bit more.

What’s more, in the report itself (find it here), the researchers noted that they “do not find compelling evidence that the minimum wage has caused significant increases in business failure rates.”

Some of the bright spots of the study include: Workers actively making more money, picking up more hours, and earning more on an hourly rate. The study found (as you’d expect) that the share of workers earning under $11 “sharply declined,” and that there was a ripple effect wherein the City saw an increase of workers earning $12, $13, $14, $15, and even $16 per hour.

And while the findings all are positive—jobs up, business openings up, employment up—some minimum wage opponents, like the Washington Restaurant Association (who actively campaigned against the ordinance), still managed to color it negatively.

Where’d they come up with that?

Well, the study was also kind of interestingly framed, in that it compared actual Seattle—i.e., what actually happened here—to a composite image of a “Synthetic Seattle,” i.e., what would have happened.

And though the researchers said no fewer than five times that “we can never truly know what would have happened” in the absence of the minimum wage ordinance, that didn’t stop them from reporting all the ways that the City potentially could have done better, according to their models.

Naturally, that’s what minimum wage opponents have taken to run with—even though the Synthetic (read: imaginary!) Seattle actually wasn’t that much better off. Like, at all.

Of course, the minimum wage is facing plenty of other obstacles beside potentially-confusing data—like all of the employers who are not complying with the law and the extremely lax recourse from the City—and there are lot of other factors to consider when looking at its impact. As Councilmember Lorena González astutely noted, lots of low wage workers are being forced outside of the city, which means that data showing employment increases on the other side of borderlines could be due to housing costs, not necessarily the minimum wage.

Similarly, as cities like Shoreline push to raise their own minimum wages, the anecdotal evidence that the minimum wage has a ripple effect is growing.

So while detractors and opponents may look to the “Synthetic Seattle” data to point to what we could have had, we prefer to look at what actually has happened: A robust economy that, while it isn’t great for low-wage workers, is actively being pushed in the direction of equity by policies that have yet to bear out the worst-case scenario.

Speaking of the minimum wage—have you volunteered or pledged support for I-1433, the campaign to raise the statewide minimum wage to $13.50? Because you should.