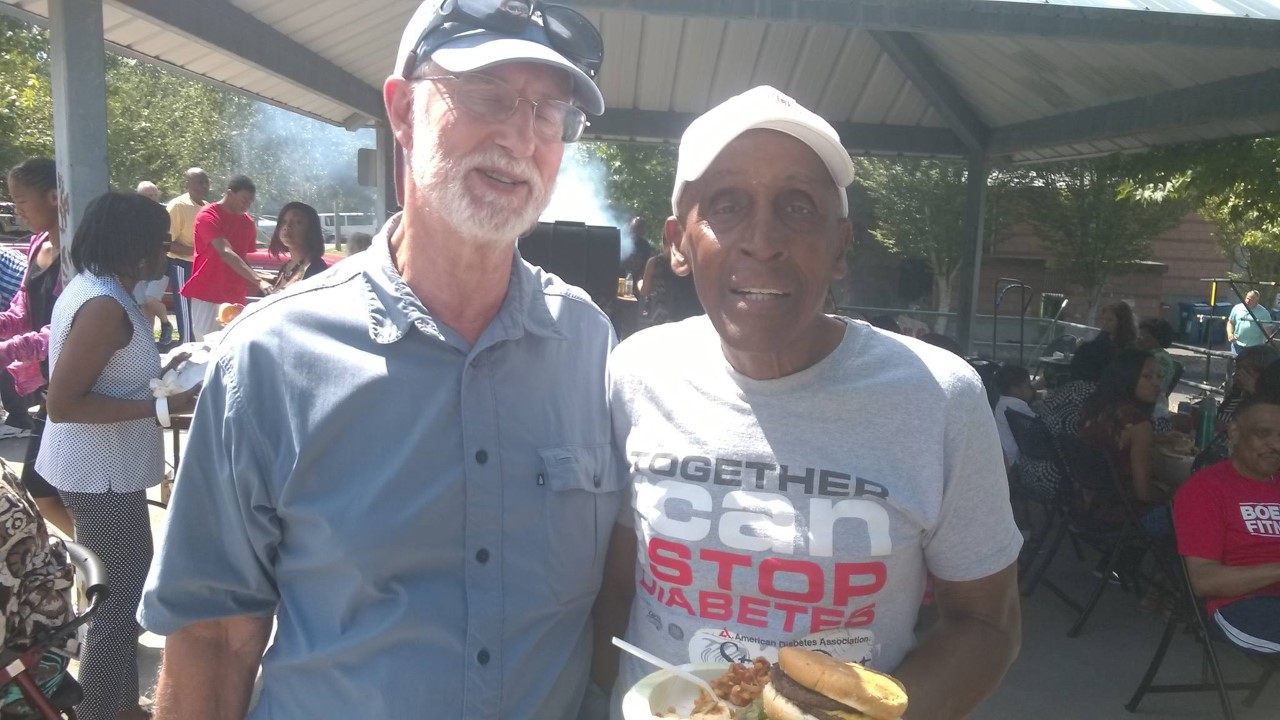 Every Wednesday morning I go to a meeting at D.A.D.S. (Divine Alternatives for Dads Services) on Rainier Avenue South. It is the most diverse group of men I’ve ever known: black, white, brown and Asian — all ages, from 20-something to 90-something. We live all over the metropolitan region. We’re from all economic levels, low-income to well-off, ex-cons and retired CEOs. Some are high-school dropouts, some have college degrees and even Ph.Ds.

Nearly all are fathers, although many do not have custody of their children and may be estranged from the mothers. Some have been addicted to drugs or alcohol, committed crimes, and served time in prison – but are now trying to get their lives back on track. D.A.D.S. helps them reconnect with their sons and daughters, manage child support, write parenting plans and gain visitation rights. In short, to be responsible fathers.

One recent morning, the room was overflowing. The violent events in Dallas, Minneapolis and Baton Rouge were on our minds. Alan, an African-American pastor who is a regular attendee, started the meeting by leading us in “Kumbayah.” Our voices filled the small room whose walls display inspirational quotes about peace, hope and love, and pictures of Dr. Martin Luther King Jr.

It’s a Bible study group, so we started by reading from the Book of John, where Jesus raises Lazarus from the grave. We talked about how Jesus asked others to move the stone from the tomb. He didn’t do it alone; he got average folks to help.

Perry, who is black, said he had been helped by the man sitting next to him, Art, who is white. That’s the lesson, Perry said: We all need brothers and sisters to help us through life.

We agreed that singing “Kumbayah” isn’t enough. We can’t just come to a weekly meeting and feel good about ourselves. We need to do more, as men, to help heal the wounds and fissures in our society.

I told them I had started a list of what we might do, as individuals, to address the problems of prejudice, racism, crime and violence. We can’t rely on political leaders to do it for us, I said. We need to take personal responsibility. I asked for ideas to add to my list. Here are a few of them:

Randy said that a couple of years ago, to protest shootings in their neighborhood, he and some other African-American men borrowed an empty coffin from a funeral home and carried it to a public place. They were all dressed in dark suits. They put a sign on the coffin saying: “My son is already in one.” Randy’s son had been shot and killed that year. It was a peaceful act, he said, but with a powerful message.

Reddick suggested that we hold a meeting of our group outside, in a public park. “Let people see men praying in public together,” he said. He offered to host a barbecue; others said they’d bring food and help serve.

Greg, who used to be on “Washington’s Most Wanted” list, suggested that we each practice a “random act of kindness” with a friend, colleague or total stranger. He promised to send me at least three other suggestions by the end of the day. Just before midnight, he did.

Michael, who runs a Christian bookstore, said we should get together and watch the movie, “Selma,” which makes a powerful case for non-violence to effect change.

Jon said we should form deeper friendships in our group. Not just meet together once a week, but have lunch or dinner together. We should invite each other to our homes, and truly get to know one another.

I turned to the man sitting next to me, Anton, who is African-American and spent several years in prison. He had showed me photographs of his tomato plants in his home garden. I invited him to my house to see my tomato plants and my garden. He is now caring for a young grandson, he said. I told him to bring his grandson along to meet my grandchildren.

Several men suggested going door-to-door to invite neighbors to attend their churches, or just to talk. Some of these men are already active leaders in such programs as Young Life, where young people gather for fun, fellowship and prayer. Some are mentors at South Lake High School, whose troubled students are given a “last chance” to succeed. Many do.

Art said we need to “get out of our comfort zones” and “walk together as friends and brothers.” He put his arm around Perry and told how they had traveled to Mississippi together, and walked the fields where Perry had picked cotton as a boy. Perry had just turned 80 years old this day. We all sang “Happy Birthday” and prayed for him. He invited us to his birthday party the following weekend.

We ended the meeting, as always, with a group prayer. We laid our hands and arms on each others’ shoulders and prayed aloud together. Race, age, income, education – none mattered.

We are just men, with strengths and weaknesses, struggling to stay on the right path. Some of us are devout Christians and close followers of Jesus. Some, like me, are uncertain about our faith. But we keep coming back. We keep searching. If there are answers, maybe they are in this room.

Interview of D.A.D.S’ Marvin Charles can be seen here.

John Hamer is a former editorial writer and columnist at The Seattle Times and past president of the Washington News Council. Now retired, he volunteers and attends weekly meetings at D.A.D.S. (Divine Alternatives for Dads Services).

One thought on “D.A.D.S: A Gathering of Men, Seeking Answers”