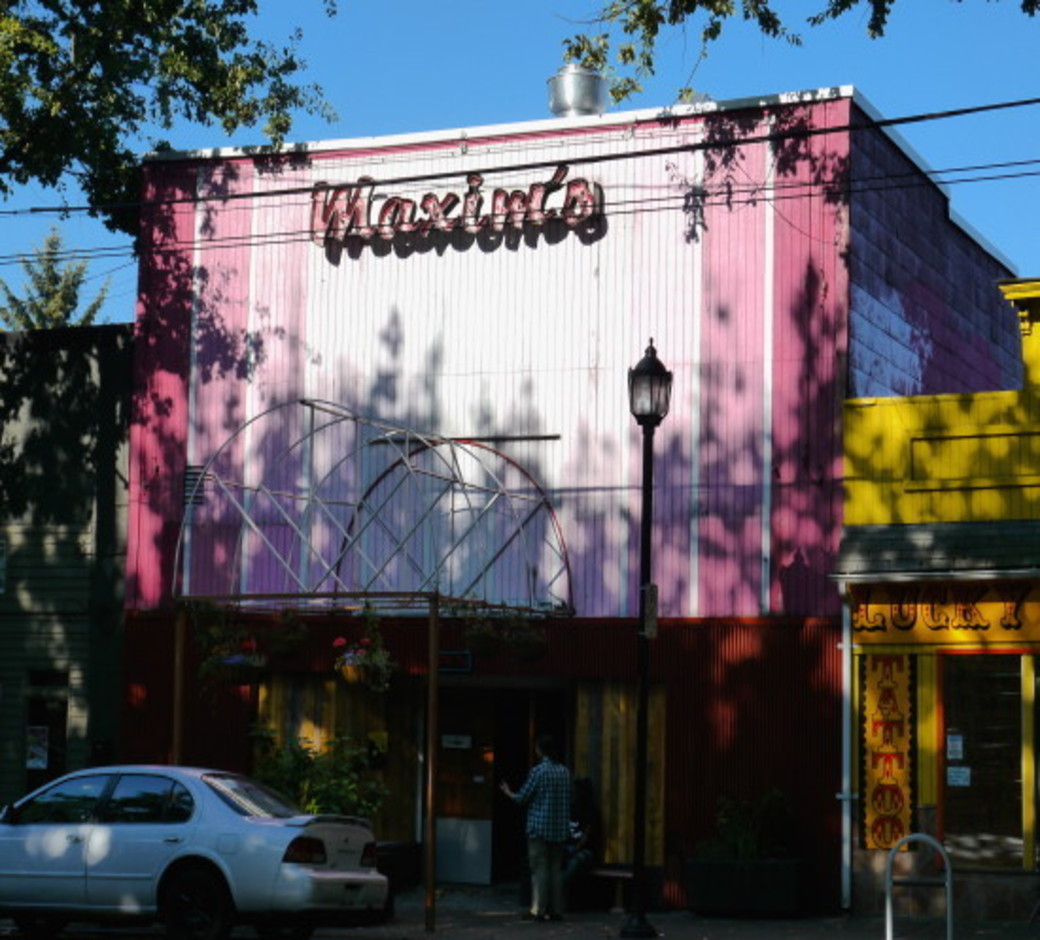 Its walls are covered in four shades of fading pink paint. Huge pink letters across the façade spell out “Maxim’s.” Sitting on Rainier Avenue in the heart of Hillman City, the former dance club and restaurant is hard to miss. But the letters no longer light up and the windows have been boarded up since Maxim’s went out of business in 2015.

Behind those pink walls, however, there’s been a flurry of activity. Three South Seattle entrepreneurs want to remake the venue into a restaurant and performing arts space called Black and Tan Hall. Their ambition is no less than to create a new community hub for Hillman City.

“We’re going to have culinary arts, music, visual arts. We want to be a center that fosters thinking and uses the strengths of creativity to find solutions,” explains Ben Hunter, one of the partners in the project. “It’s an old-style club in the sense that it’s not pumping a bunch of loud, non-conversational music. We’ll have family-style seating to create an energy and a vibe that promotes people to sit next to each other and engage.”

That it’s a music venue and restaurant makes perfect sense. Hunter is a professional musician and music educator who founded a performing arts nonprofit called Community Arts Create. One of his partners, Tarik Abdullah, is a chef known for his Morning Star Pop Up brunches who also teaches youth cooking classes. The other, Rodney Herold, is a long-time south Seattle community organizer who got to know Hunter and Abdullah through the Hillman City Collaboratory, a nonprofit community space across the street from Black and Tan Hall. Hunter co-founded the Collaboratory. Abdullah teaches cooking classes there.

The name they chose is an homage to Seattle’s original Black and Tan Club, one of the city’s most popular jazz venues in the 1930s, ’40s, and ’50s. Legendary musicians such as Lena Horne, Charlie Parker, Eubie Blake, and Duke Ellington all played the original Black and Tan, which was on Jackson Street. A rarity for its time, the club had a racially integrated clientele. (Similar integrated jazz clubs around the country were known generically as black and tans.)

“There’s the history of these largely black-owned clubs, where white and black musicians can listen to each other and jam. There’s a connection for me as a musician. [The name] conveys a lot of cool things to us,” says Hunter.

Herold set the Black and Tan Hall plan in motion last year. He saw the building go up for lease in December and immediately started talking to its new owner, James Ackley, owner of Bob’s Quality Meats in Columbia City, north of Hillman City.

“We are looking at the gentrification in Columbia City. It is poised to happen like a big tsunami coming our way,” Herold explains. “I realized ownership of the property is the only way to hold our ground.”

It is notoriously difficult to define gentrification, but most people would agree that Columbia City fits the bill. The cute, colorful wood and brick buildings along Rainier Avenue have filled with hip restaurants, a juice bar, and clothing boutiques that draw heavy foot traffic from visitors and new residents. A corresponding residential development boom has pushed up prices: $2,865 for a 2-bedroom apartment above the new PCC grocery store; $650,000 for a 2-bedroom townhome near Columbia Park.

A half mile south, Hillman City is years behind Columbia City’s development. With fewer people out and about, fewer shops and restaurants, smaller buildings and more empty lots, the neighborhood is far quieter than its neighbor to the north. Still, there are plenty of signs of the change afoot. In just the past five years, the couple-block business district along Rainier Ave has gained a coffee shop, a brewery, a few bars, a pet food shop, a few restaurants and a crossfit gym.

Hunter says he’s confident those small business owners care deeply about their neighborhood, and has been happy to see the development over the years. “There’s a sentiment [among other business owners] about repping Hillman City that’s really deep and proud,” he says.

But that doesn’t change the fact that Hillman City is in the middle of the classic gentrification cycle — cheaper rents attract businesses owners to a lower-income neighborhood, those businesses pave the way for more new businesses, new visitors and residents start coming, rents rise, people are pushed out.

Black and Tan’s owners are hoping that if they’re successful, they can help break that cycle. Part of their vision for doing so is with a co-op business model. Rodney says they are still working out the exact details, but much like a food co-op, Black and Tan members will pay a small fee and volunteer an hour a month in exchange for a small ownership stake. The hope is that having customers invested financially and emotionally will help business succeed (and not eventually get priced out of the neighborhood).

Granted, they don’t own the building, so in the long run they’ll be at their landlord’s whim. But still, Hunter says, “We’re hoping it can be a model where people can pool their money and strengths together to take over a building and dictate how things operate in a neighborhood.”

When they talk about their business, Hunter, Abdullah and Herold are clear that they want to foster a community of patrons as diverse as Southeast Seattle.

“Having an operation that is unified along ethnic and racial lines is really important and not a foregone conclusion anywhere in this country or in Seattle,” says Herold. “There are still real barriers, even in Hillman City, I think we can work to break through.”

Hunter’s goal (in addition to making it a profitable business) is simply to make an impact on Hillman City. “We’re not trying to affect Seattle,” he says. “We’re just trying to be something for our neighborhood here.”

There’s a lot of work to be done before Black and Tan is open to the public. The interior looks more like a construction site than club right now. Abdullah says they want to get the restaurant open in the next three months. Hunter and Abdullah agree that if they got the whole thing finished — music venue, upstairs meeting spaces, etc. — in time for a big New Year’s party, they’d be really happy.

When Black and Tan Hall does open, Abdullah is confident it’ll draw people in. “This definitely will be the focal point of the neighborhood,” he says. “What two things bring people together like food and music? Those two things bring anyone and everyone together.”

One thought on “Hillman City Club Will Riff on Jazz History”